New details have been revealed from Funko showcasing one of the exclusives meant for San Diego Comic Con 2021. The new Funko Pop features Batman and Joker from Sean Murphy’s Batman: White Knight. The two vinyl figures come packaged together in a single display box. The suggested retail price is $22.99, though because of the global pandemic, the convention was delayed making this now a Preview exclusive. That means you will need to order it through your local comic shop to get your hands on one. It is expected to arrive in July. 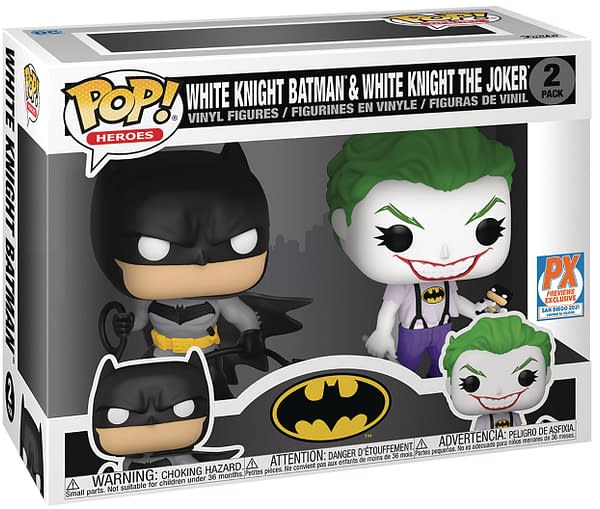 From Funko. Direct from the pages of Sean Murphy’s Batman: White Knight, this San Diego Comic Con Exclusive set of Batman and Joker will leave you wondering who’s really the hero! Batman features a stern expression and holds a batarang, while Joker (a.k.a. Jack Napier) sports a threatening smile as he holds his razor and Batman doll. Packaged together in a collector-friendly window box, these Limited Edition, PREVIEWS Exclusive Pop! Vinyl figures measure about 3 3/4″ tall and will make an incredible addition to any Batman collection, so don’t miss out! Limited to 30,000 pieces! SRP: $22.99