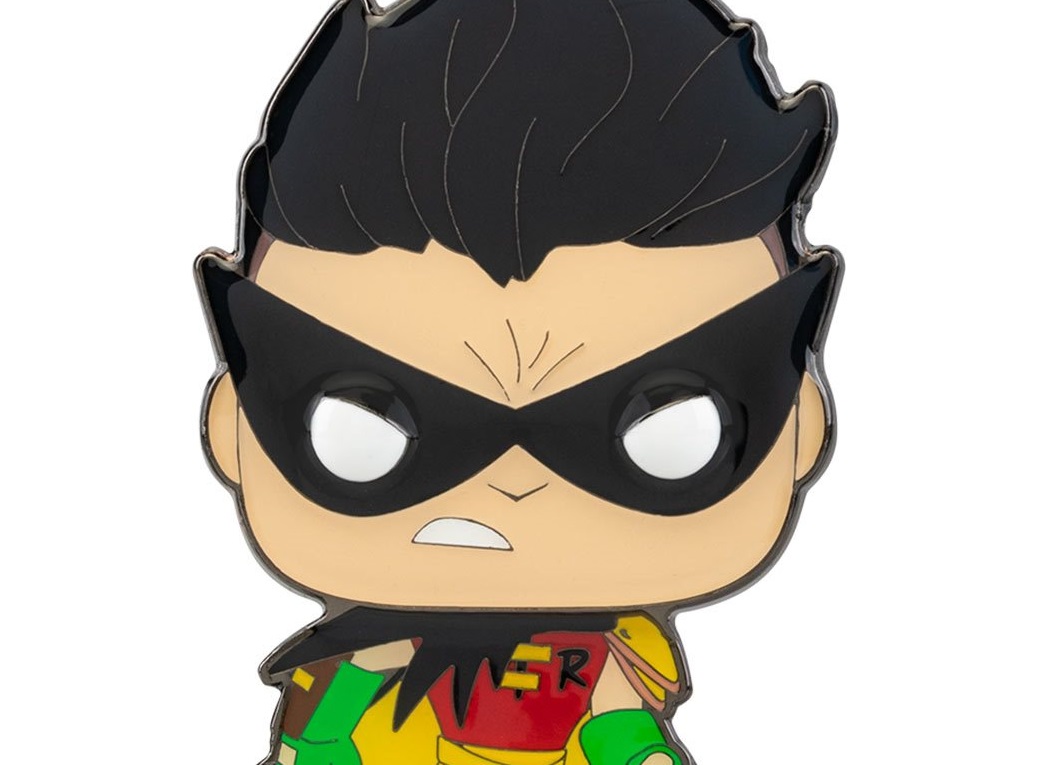 Funko has released details for a new group of enamel Pop pins, including one pin that features Robin from Teen Titans Go!. The specific appearance that the pin showcases is the version of Robin that appeared in the episode “The Day the Night Stopped Beginning to Shine and Became Dark Even Though it Was the Day.” The episode was part of an event that was made up of four normal-length episodes based around Cyborg’s favorite song, “The Night Begins to Shine.”

This new pin measures about four and a half inches tall and features a built-in stand for display purposes. It is priced at $15.99 and is expected to ship in February 2022. You can preorder the pin at Entertainment Earth. 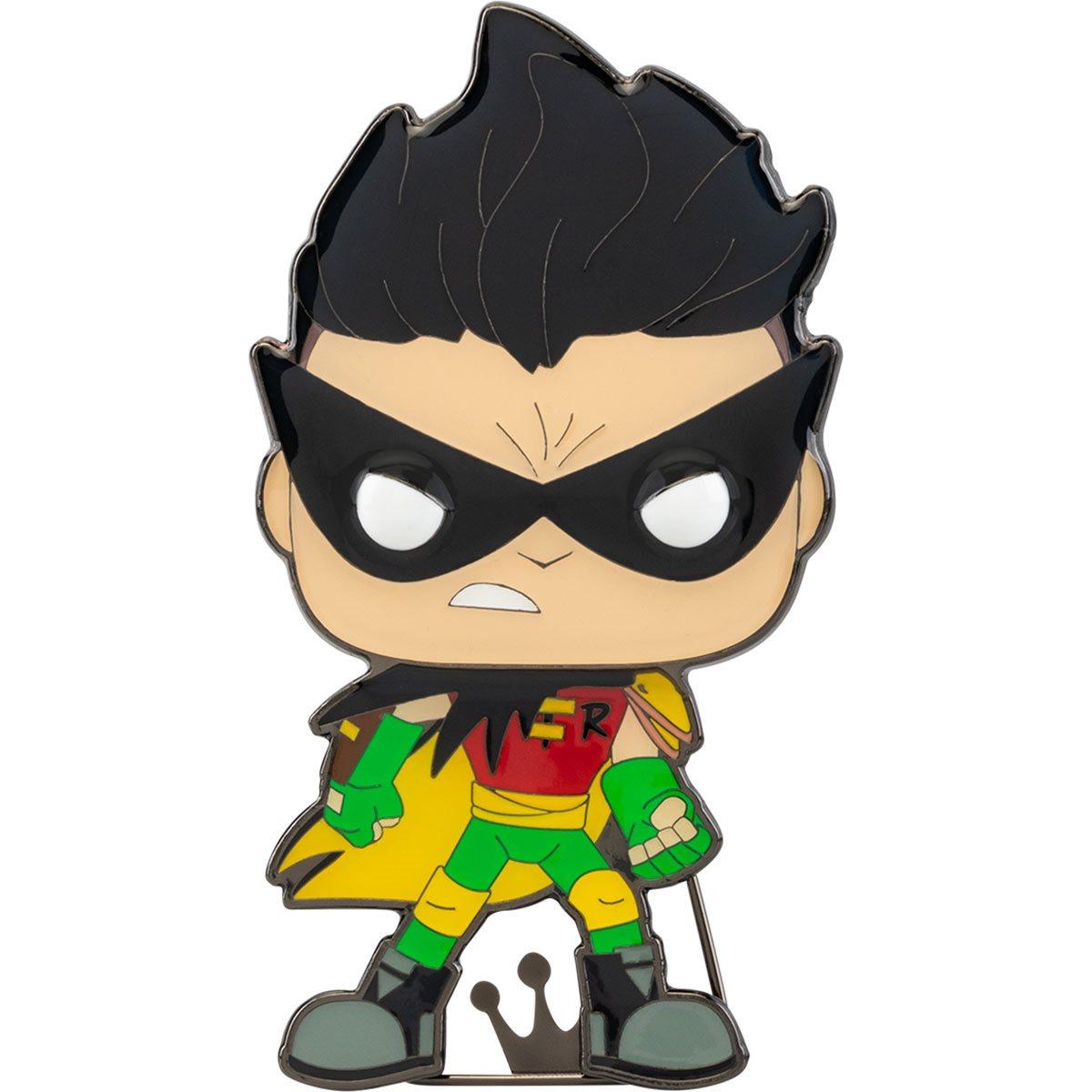 This Teen Titans Go! Robin Large Enamel Pop! Pin measures approximately 4 1/2-inches tall, just like the Pop! Vinyl Figure it’s based on. Not only does the pin have the standard pin backings so you can attach it to bags or a cork board; it also has a “Funko Crown” pin stand allowing it to stand up for a dynamic display! True to it’s namesake, the head is raised making it pop from the body. This large Pop! Pin comes packaged in a window display box.