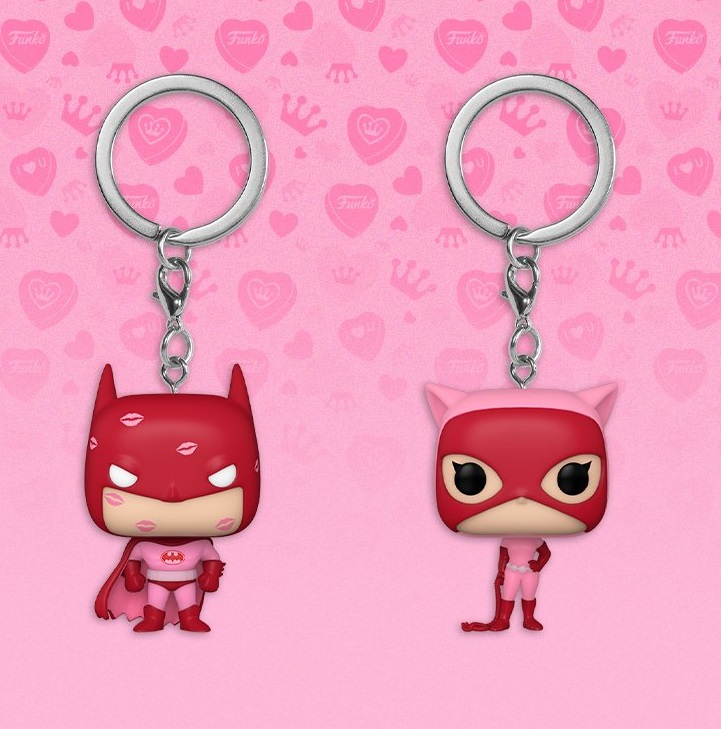 Funko has announced a number of new items for Valentine’s Day including certain items featuring the Batman Universe. First up, there is a DC Heroes 4-Pack Mystery Pocket Pops Box which features Batman, Catwoman, Poison Ivy, and Harley Quinn in pink shades. What aspect of the box makes it a mystery is unknown as the box includes four figures and four figures are shown in the image. There are also Pop keychains that feature Batman and Catwoman, in pink as well. All of the new offerings are featuring the versions of the characters from Batman: The Animated Series. No pricing details were revealed with the announcement, but the keychains typically retail for under $10. All of the Funko Batman Valentine’s Day items are exclusive to Walmart, and the announcement stated to look for them in stores, which likely means they will not be available online through the normal retail channels. 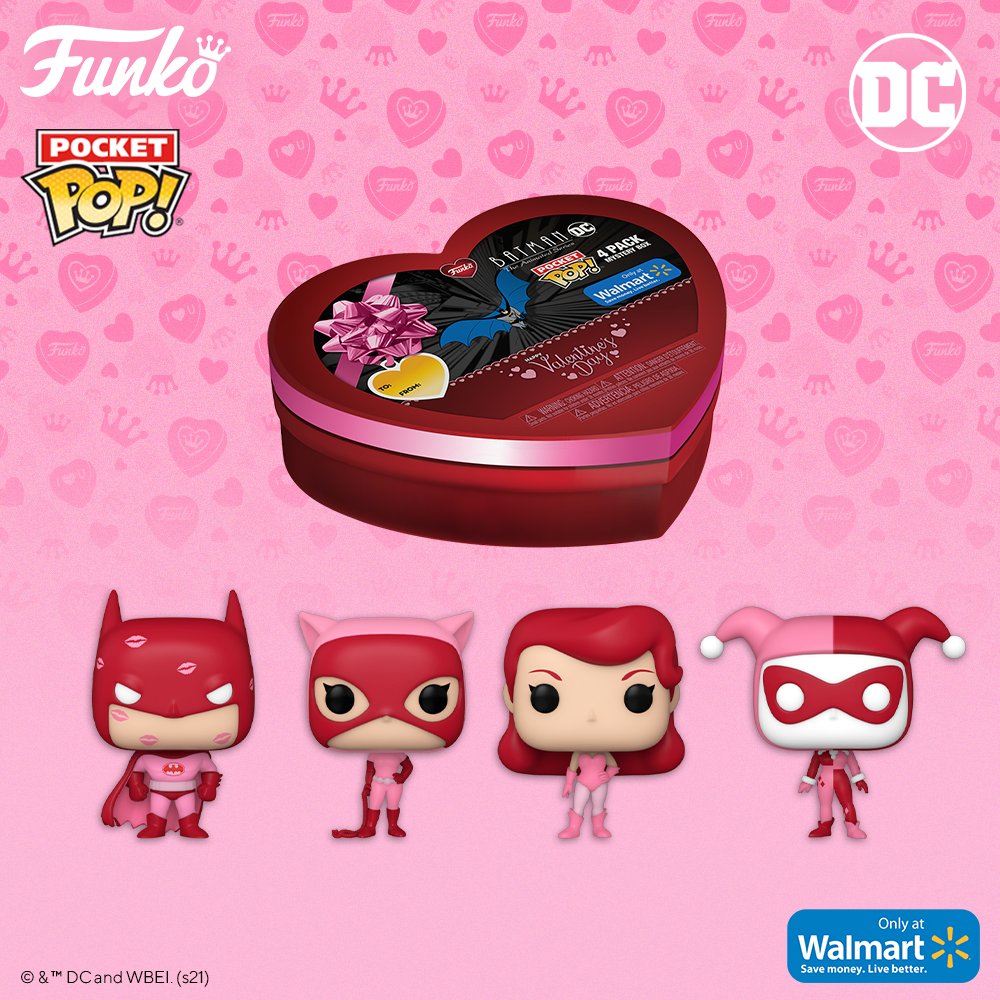