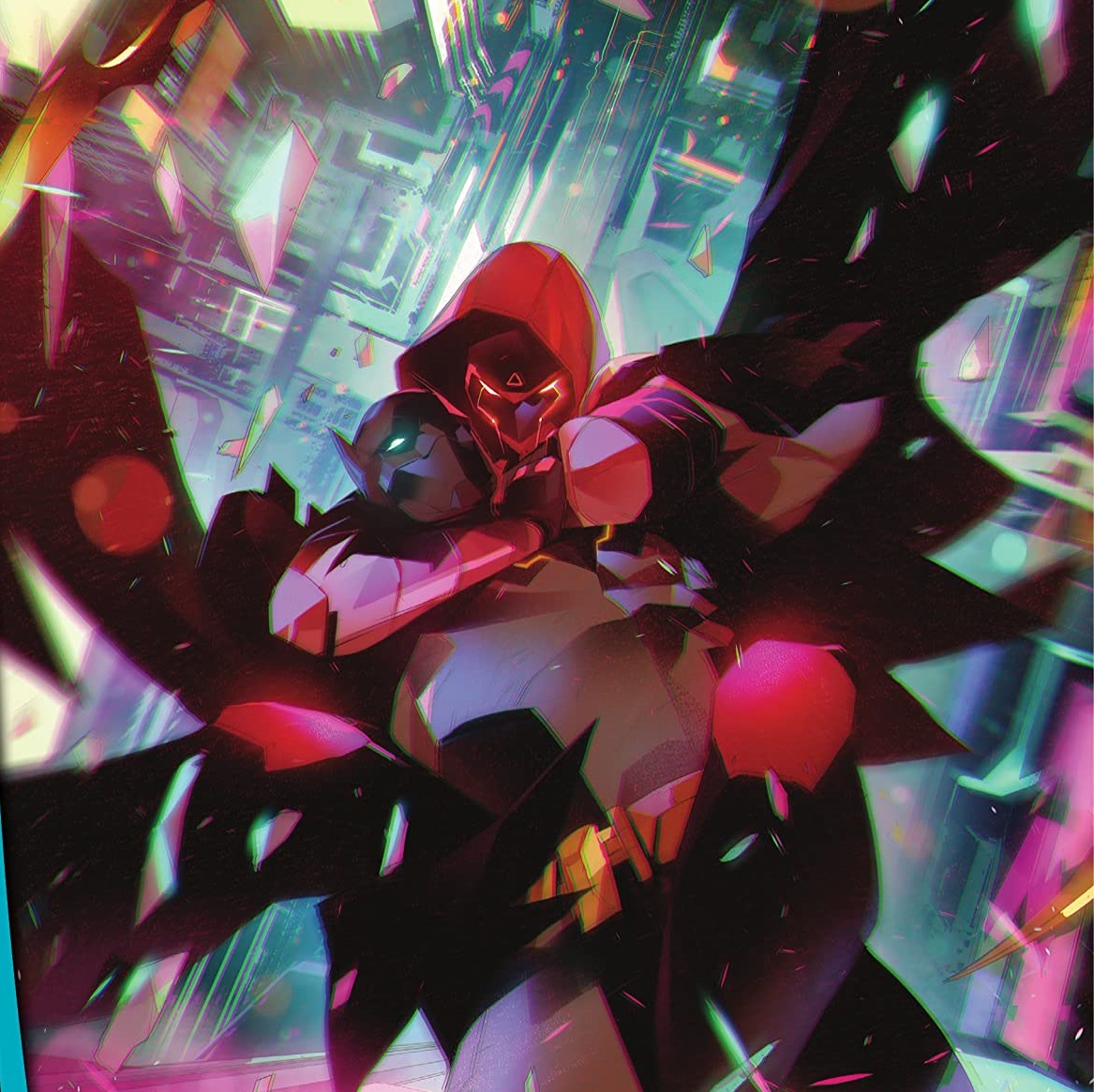 Overview: In Future State: Gotham #3, the powerful threat to Gotham arrives as Jason Todd, now Peacekeeper Red, fights for his life in Blackgate Prison alongside the Next Batman.

Synopsis (spoilers ahead): Future State: Gotham #3 begins with Nightwing and Robin examining the massive bat-crater in Future State Gotham, thinking that the Next Batman isn’t responsible, but they need to find him first. Meanwhile, Jason (now Peacekeeper Red) fights the Arkham Knights alongside the Next Batman, threatening to arrest him when they get free, but they grudgingly agree to work together to get out. Jason discovers that Next Batman came to Blackgate to rescue Astrid Arkham, who mind-controlled the Arkham Knights to work for her, and having lost control of them, is now in deadly danger. The guards at Blackgate discover Punchline free after a massive explosion, and after she kills several of them, intimidates them into letting her go.

Warmonger arrives, who was the source of the explosion, and grabs Astrid, revealing he is behind the bat-crater, and blasts a tunnel underneath the prison, taking the prisoners, Jason, and the Next Batman with him. The two heroes awake in a gladiator pit, drugged to fight each other by the alien warlord.

In another part of the city, Harley Quinn learns that Punchline is free, and declares war on her rival.

Analysis: Each of the two preceding issues of Future State: Gotham have revealed several major plot points about the Future State event from January and February of this year in a way that was exciting and made you excited about what will happen next. Tim Drake’s immortality, Batman’s survival, the Bat-Family working together – it all fit together and felt organic to what happened in the previous stories. However, though one of the revelations this issue – the fact that Astrid Arkham mind-controlled the Arkham Knights (explaining how such monsters as Mr. Zsasz actually worked for the good guys) – is of similar organic quality, the other major revelation, that Warmonger, a new villain, was behind the massive attack in the first issue, comes out of nowhere, with no real explanation for his power or organization. Despite this feeling of non-sequitur, the integration of Harley Quinn and Punchline into the Future State universe was quite fun, and sets up the connecting covers we’ve seen in solicitations for months now. One does rather wish that Stephanie Phillips, current writer of Harley Quinn, and writer for the Future State: Harley Quinn miniseries, could provide some writing consultation, though quite possibly she is, just in an unofficial capacity. Williamson and Culver still give us a good smattering of banter, action, and side plots, like seeing Nightwing and Robin working together.

Giannis Milonogiannis continues to provide very serviceable art, though it remains a huge puzzle why the black and white presentation was chosen. The Punchline revelation made good use of the black and white format, but the rest of the comic does still feel like the colors are missing. The backup story from the original Black and White series has a lot of clever visual gags, though it doesn’t fit into the world of Future State quite as well as other backups repurposed have.

Simone di Meo provides their trademark anime-esque kinetic action of Red Hood fighting the Next Batman for the main cover, while Rose Besch provides a gorgeous, cuter style of variant featuring a wide-eyed Stephanie Brown and a determined Nightwing leaping through the air.

Future State: Gotham continues down its twisty path, using this issue to reveal two major plot developments, but one of them isn’t as logically developed as the last two issues.