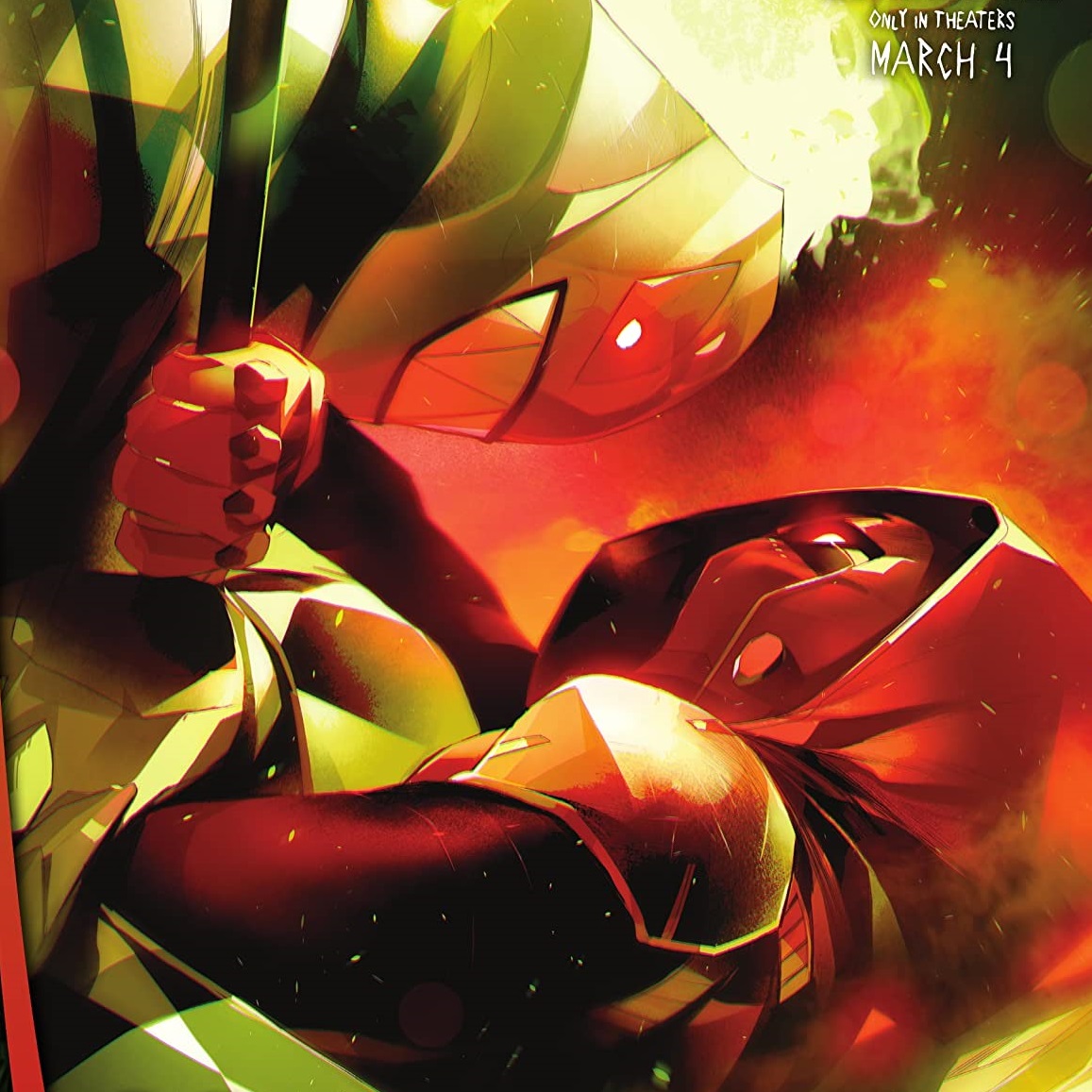 Overview: In Future State: Gotham #10, Peacekeeper Red, Hunter Panic, and the Next Batman team up to take on the Next Joker, but everything goes worse than they could have imagined.

Synopsis (spoilers ahead): Future State: Gotham #10 begins as Jason Todd (Peacekeeper Red) and Hunter Panic investigate the Next Joker’s murder of the Owl member of the new Terrible Trio, The Next Batman, Jace Fox, fights the monstrous clown hanging onto the Whale’s helicopter. The Whale blasts both of them with his pistol, but only Batman falls – and grapples onto Hunter Panic’s skycycle as they fly to the rescue.

Hush watches all of his machinations with pleasure, as Talia and Nightwing (taking the guise of Ubu, the al Ghul bodyguard) steal the drug she wishes Dick to take to find Damian.

Whale’s recklessness crashes his chopper (killing his pilot) and Hunter Panic’s skycycle. Jason arrests Whale, but the Next Joker rises from the wreckage and begins chasing the group. Peacekeeper-03 sends mech police troops as backup, but the Next Joker takes over the entire Magistrate computer network, including the mech armor.

Analysis: Well, it’s that time again. When Future State: Gotham was first announced, co-writer Josh Williamson claimed that this series would not simply be the continuation of his Red Hood backups in Future State: Dark Detective. The whole Bat-Family would be represented, and we’d find out what happened after the two-month event books wrapped up. And we SORT of did. We found out that Tim now has Wolverine healing powers, that the Bat-Family doesn’t trust Jason, that Jason was working for someone he thought was Bruce Wayne, and that Jace still isn’t integrated into the Bat-Family very well. But those were taken care of in asides, never as actual story points.

The main story really has just been a continuation of the Red Hood story, with the Next Batman taking the lead supporting character role. Added to this is the realization that the series has been almost completely focused on action instead of character development, and it’s increasingly felt like a slog. Nightwing may get a variant cover in this issue, but his vastly more interesting plot of trying to find Damian with Talia by taking drugs is relegated to a single page. The endless chase and fights between the Next Joker, the Next Batman, Red Hood, and the paper-thin Hunter Panic eat up nineteen of the twenty story pages in Future State: Gotham #10, and we learn nothing. Nothing is really progressed in the actual story other than the fight moves from hanging off a helicopter to fighting on the ground. This kind of glacial, character-development skimpy writing wastes the potential of a dark cyberpunk future in favor of a punch-up fight that could happen in any continuity (as long as they have helicopters, or perhaps in the Jurassic League continuity, a Pterodactyl – which honestly I’d find immensely more interesting than this been there, done that fight against the intensely boring Next Joker’s “Hawr hawr” laughs).

Giannis Milonogiannis continues as the main artist, and his work continues to be completely serviceable for the book. The characters are clear, the action is solid, and the sense of place is well-rendered. It does suffer a bit compared to the powerful but controlled angular energy of the reprinted backup story, “Driven” by John Arcudi and Sean Murphy, but it’s perfectly fine. The writing is where this book really lets the reader down.

Simone di Meo provides our main cover, featuring the Next Joker and Peacekeeper Red facing off in a desperate battle, reflecting the basic concept of the inside, though the Next Batman would have been a more appropriate choice than Jason. The variant comes from Mike Bowden, who draws a very chunky Nightwing, giving more space to Dick’s costume than the few pages he appears inside.

Future State: Gotham continues on its narrow track of following Jason Todd and the Next Batman as they fight the one-note Next Joker in a fight that progresses from the sky to the ground.