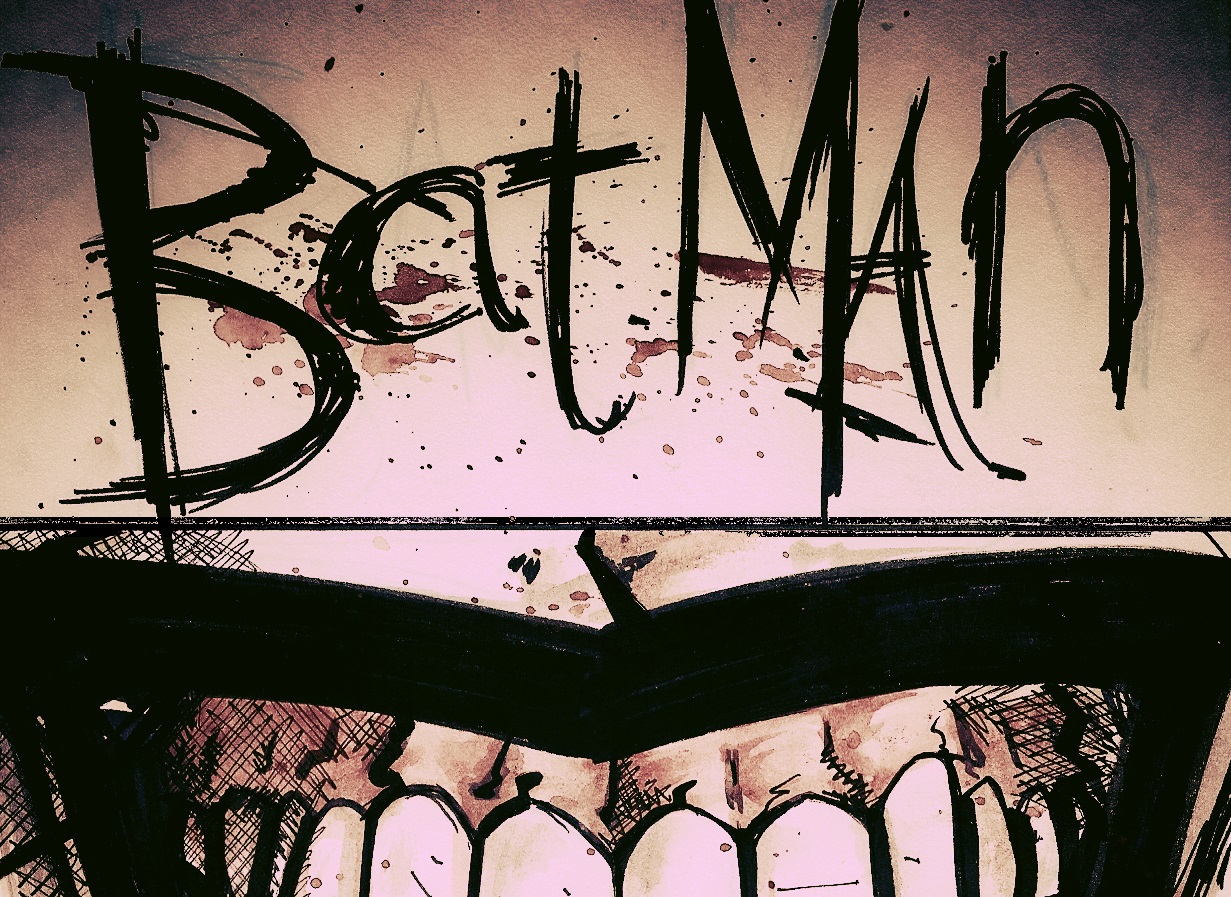 As announced last week, the latest addition to the collection of Batman: Black and White statues will be based on designs by Gerard Way. The multi-faceted man is a singer, composer, artist, and works on the character designs for the comics he writes, including the Eisner Award-winning The Umbrella Academy.

Following the reveal of the statues, Way gave a short statement on his Instagram about the series:

Hey everybody, I have a music session today (shh!) but I had to share these images with you real quick. These are the two statues DC Collectibles is putting out that they debuted at a latest toy fair. They are part of DC’s line of Batman Black And White statues, and they are based on model sheets I had done for my Batman pitch, Kingdom of The Mad, which is still un-produced because of so much else going on and the fact that it is a very dark story and I feel you need to be able to access a very dark place to write Batman in general, at least for me, or at least the story I was trying to tell. Enjoy these and see you soon! #batman #joker #dccollectibles #batmanblackandwhite #kingdomofthemad

The unproduced project in question has been on hold since 2008, based on an old coverage of the project made by AltPress Magazine. About his reasons to put the project on halt, Way said back in 2013 that he “Just got busy is all. Dan and Ian at DC were crazy supportive of the project but my life took a different turn at the time” He’s referring here to DC’s editors Dan DiDio and Ian Sattler.

Gerard, as it turns out, did share his design sheets for the project, along with some comments on his take on them. They are all unique versions of the characters, with a goth and twisted feel to them, as it should be. After all, we’re all mad in here.

Beginning with the cover art, in a tweet where Gerard revealed that the title would be published under Vertigo at the time. Kingdom of the Mad would have been a six-issue limited series “All one-word titles. First issue is ‘Rats'” He shared two images of his BATMAN studies. This is a Batman turned mad. He only eats rats, has ESP (extrasensory perception, or sixth sense), and can see into the future. Except he is the only one who knows about these powers. On AltPress coverage, it is also said that “the inside of the cape has a massive drawing of a magical kingdom that he made up, like his version of Heaven”. The notes on the second concept sketch give us even further details, like the fact that he honestly believes he is a bat and will be found hanging upside down. Also, his uniform is made out of junk. His skin is very pale and scarred, and he wears dark makeup under the mask. On his cape, there is a black “Crusaders” cross. The JOKER looks exactly like the statue turned out. His version does not have a fixed grin, but uses a child’s Dracula mask and wears hospital slippers. He has black lips, black hair, and dark circles under his eyes. Way also said that he would be the “youngest character in the book, about 19. A year or two younger than Robin.” Other characters were developed beyond those two though. ROBIN, for instance, would be a Victorian acrobat wearing crushed velvet and green leather. Way says this would be Dick, and he would also be “the only person in the book that isn’t nuts.” He also admitted the design was loosely based on his brother Mikey Way, bass player for My Chemical Romance. “He even has his bird medal from BP [Black Parade], or should if it’s not on the drawing” RIDDLER would keep the same suit in and out of the Asylum, just putting his mask on. About the mask, it would be more of a bag, less of a mask. “Magritte painting” suggests that Gerard was aiming towards Le fils de l’homme by the French painter. His version of Riddler also works with taxidermy and keeps the mask on a mannequin head on his desk. He has clues written all over his office. MR. FREEZE would be a robot-like figure whose suit is made out of scrap-metal pieces from the car in which his wife died. Way’s words were “I’m Mr. Freeze!I like to dress up as my dead wife in armor I sculpted out of scrap-metal from her car accident!” TWO-FACE looks like he might be one of the guards of the Asylum. Or maybe he just believes he is.

Even if it is not written – and very likely will never be -, it is such a fleshed out world that Gerard created that it makes the story write itself in our heads.