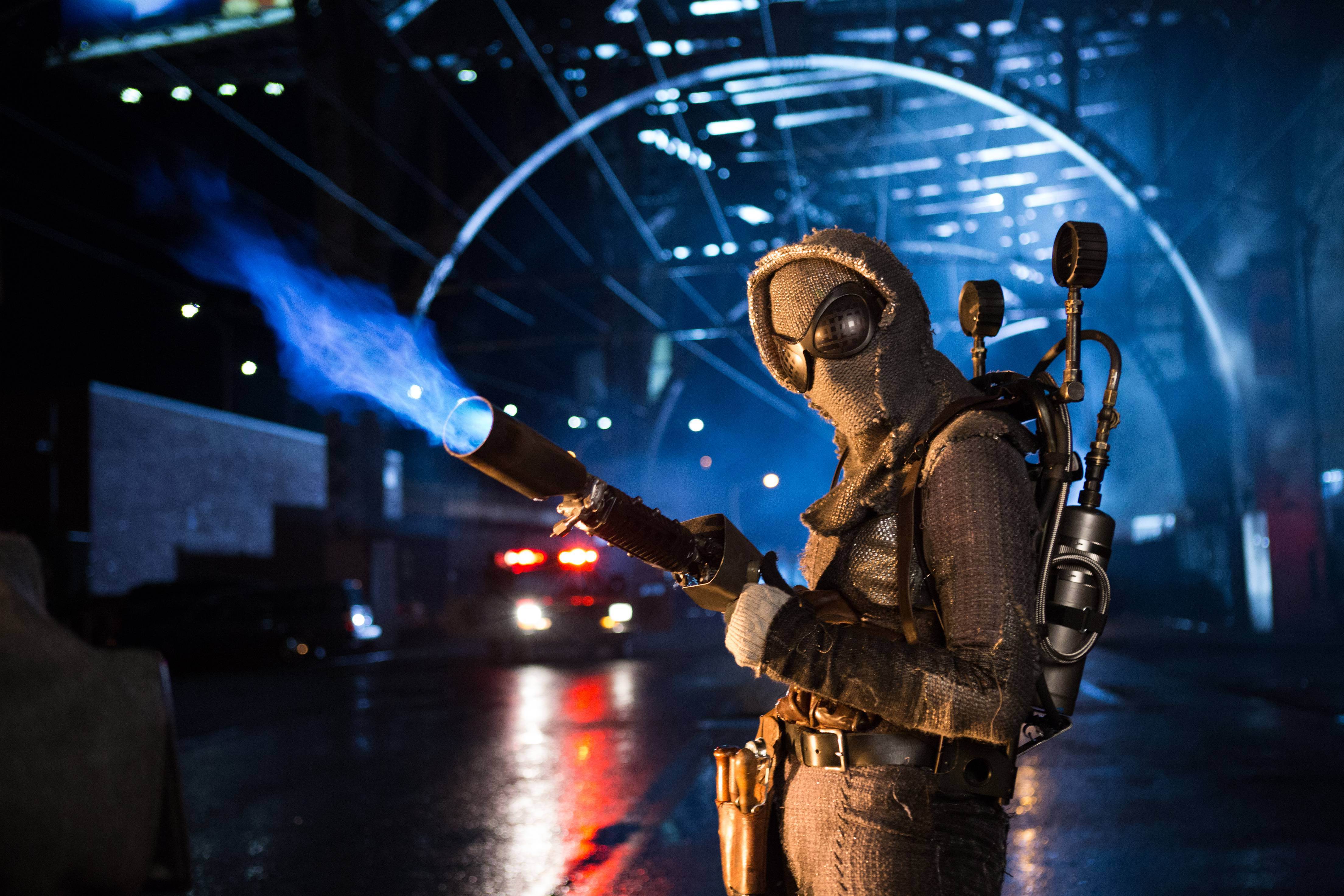 Wow, what a show! I came into the episode excited by the trailer and looking for another one as well…there was a rumor a Batman-centric Dawn of Justice trailer would air with Gotham, and a Superman one with Supergirl. No such luck; however, this is certainly a scheme Warner Bros. will employ next year when TV spot time hits in the marketing.

Now, we got a pretty dark and brutal story. Aka, Gotham at some of its best. Let’s go over what actually happened Monday night.

Jim Gordon beats the crap out of a suspect on the street, out of anger for his loss of the Strike Force member last week.

Butch got behind Theo’s ranks and received a mallet in place of the hand Penguin cut off, Theo’s sister beat the hell out of him, and he escaped with info on the location of Penguin’s mother.

Bruce got invited to a dinner with Theo and Silver St. Friggin Cloud, after a training session with Alfred in boxing. (What is it with Alfie whacking tweens in the face?)

Selina helped Bridget steal a lot of money to get out of town, but then Bridget was taken back by her brothers, and Selina was stuck helping Jim find Bridget.

Speaking of, Bridget burned her brothers alive and fully embraced her role as The Firefly, burning the heck out of people she doesn’t like. She accidentally burned herself to death (she does that) sparking anger and grief from Selina.

Ed Nygma, after dinner (and some “Netflix and chill” as the kids say these days) with Kristin Kringle, broke the news to her that he killed her ex boyfriend. He did that after overhearing a conversation between Kristin and Leslie that she thought Ed was holding something back. Now, after hearing about his murderous act, she rejected him as a monster and attempted to leave his place. He held her to the door, a hand over her mouth, one over her throat, and tried to explain why he killed the abusive ex, claiming it was for her safety, and when he’s done, she crumples to the floor. Dead.

Penguin prepared his assault on the location of his mother, Ed has a mess on his hands, Selina is grieving Bridget, her faith in Jim crushed, and Indian Hill has been revealed as the site of human experimentation…and a division of Wayne Enterprises.

Jim’s characterization is coming along nicely. He’s now seen as the Penguin’s friend. His crimes have not gone unnoticed.

Butch got his info, but is he telling the truth? Did he truly escape? The cliffhangers are wonderful this season!

Indian Hill is more than just a dump. I first thought it was the Dollmaker’s property after Fish went underground last season, but turned out he had her out of city. Now it’s finally been uncovered.

Theo is now offering to help Bruce as mayor, giving Bruce even less reason to suspect him of any treachery.

Penguin has gone from schemer to flopper again. He’s running off half-cocked to find his mother after asking no proof of Butch. AND he blew Butch’s cover by pressing him too fast.

Selina was hiding something about Bridget and their past, but Bridget accidentally burned another person (herself now) so we have no idea who she was. She was underdeveloped for my taste. One more episode would have done the trick. Alas.

Theo let Butch go after giving him to his sister. Unless this is treachery on the part of Butch, it’s lack of security for such a smart guy.

All in all, a wonderful episode. They kept things rolling, we’re on the edge of our seats now, and they’re not cramming the problematic story arcs down our throats.