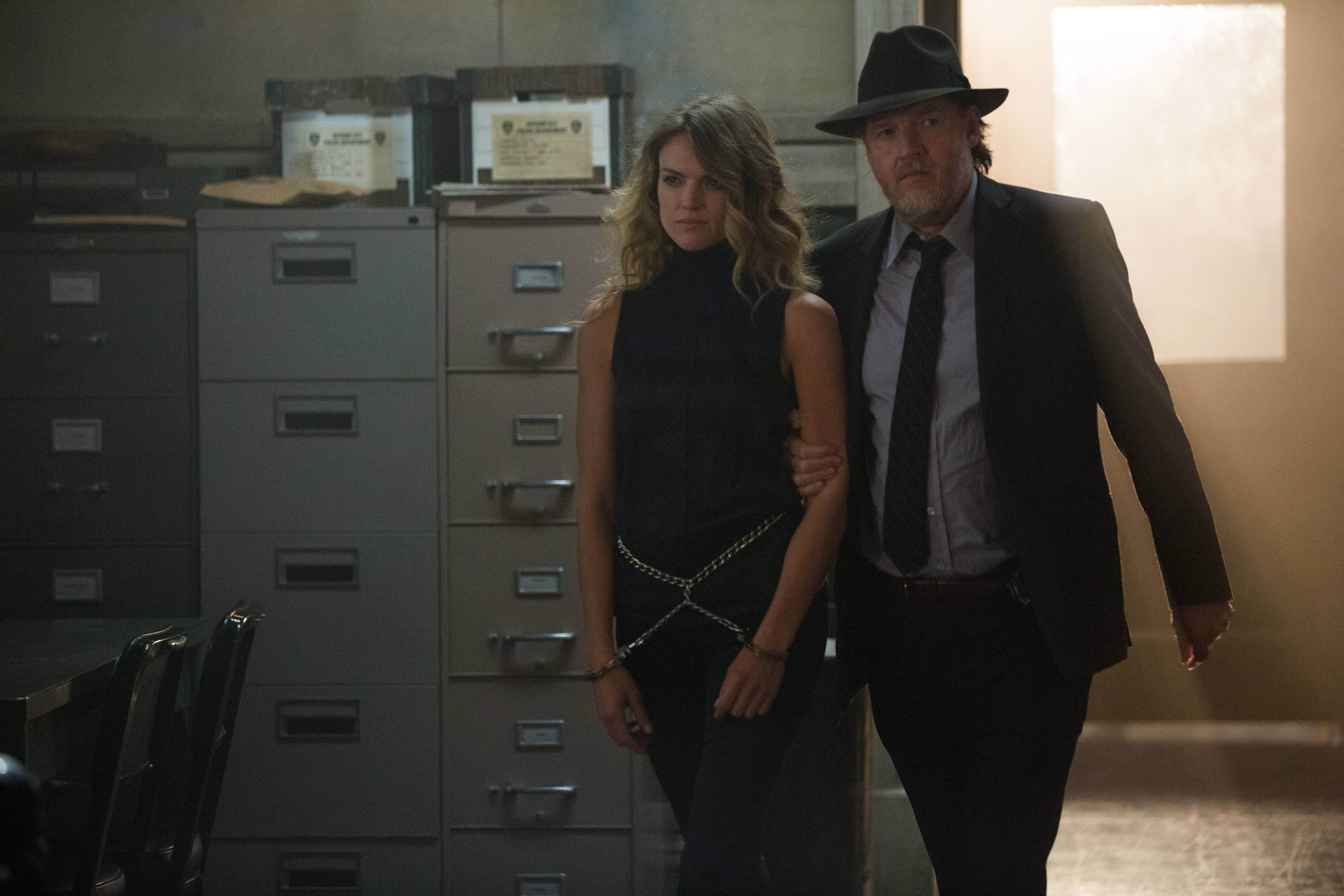 This episode of Gotham proved that all episodes featuring Barbara aren’t necessarily garbage-worthy. This is pretty much the only exception, however, so don’t get your hopes up.

Well, it turns out that Ed Nygma chose the most populated forest in Gotham to bury his recently murdered girlfriend, planning to picnic in the process. He also has to kill a hunter, and then hunt the Penguin, who’s hiding out in the forest, suffering from his shoulder wound. (Team up! We’ve been shipping these guys for like a year now! Woohoo!)

Prepare yourself for the horrifying abomination that is Barbara, as she leads Jim into a perfectly obvious trap that even Jar-Jar Binks wouldn’t have fallen into. However, to make up for this, she gives the viewers basically all the flaws Jim has to offer, like ego, self-confidence, a death-welcoming attitude, and a hatred of all crazy people. (Well , I guess she made THAT one up, but seriously…she pretty much knows this guy a little better than Lee).

Witness more Bruce Wayne crying (like a p***y, as I believe Michael Keaton recently stated) and temptation to discover the identity of his parents’ killer. He, with the help of his guardian (whom was fired at one point…?) turns down the offer Galavan gave him, to gain total control over Wayne Enterprises, in Hillary Clinton style: “I’ll take everything you need, love, and protect, and trash it…uh, for the good of everyone, of course!” Ugh.

And strap in as the climax takes place, Barbara Kean running up the choral loft of a church in order to escape…by running up into…whatever, maybe she wasn’t trying to escape. Then, watch her utterly dramatic fall to her—commercial break!

Still with us? Okay. So Babs fell out of a two or three story fall to her…bush. Yeah, I’m not kidding. “Some bushes broke her fall.” WHAT?! That’s lame! What a cop out.

So, overall this episode didn’t suck. It just showed Jim and Harvey defying orders and getting into trouble for it, with everything eventually turning out all right. Basically the theme of season 1.

Harvey Bullock basically being the best Harvey we’ve ever had

What didn’t:
Nygma can’t have any privacy to bury his girlfriend

Wait, so the mayor of Gotham was just arrested?! What was their proof again? Oh yeah. They found the previous mayor…forgot to mention that.