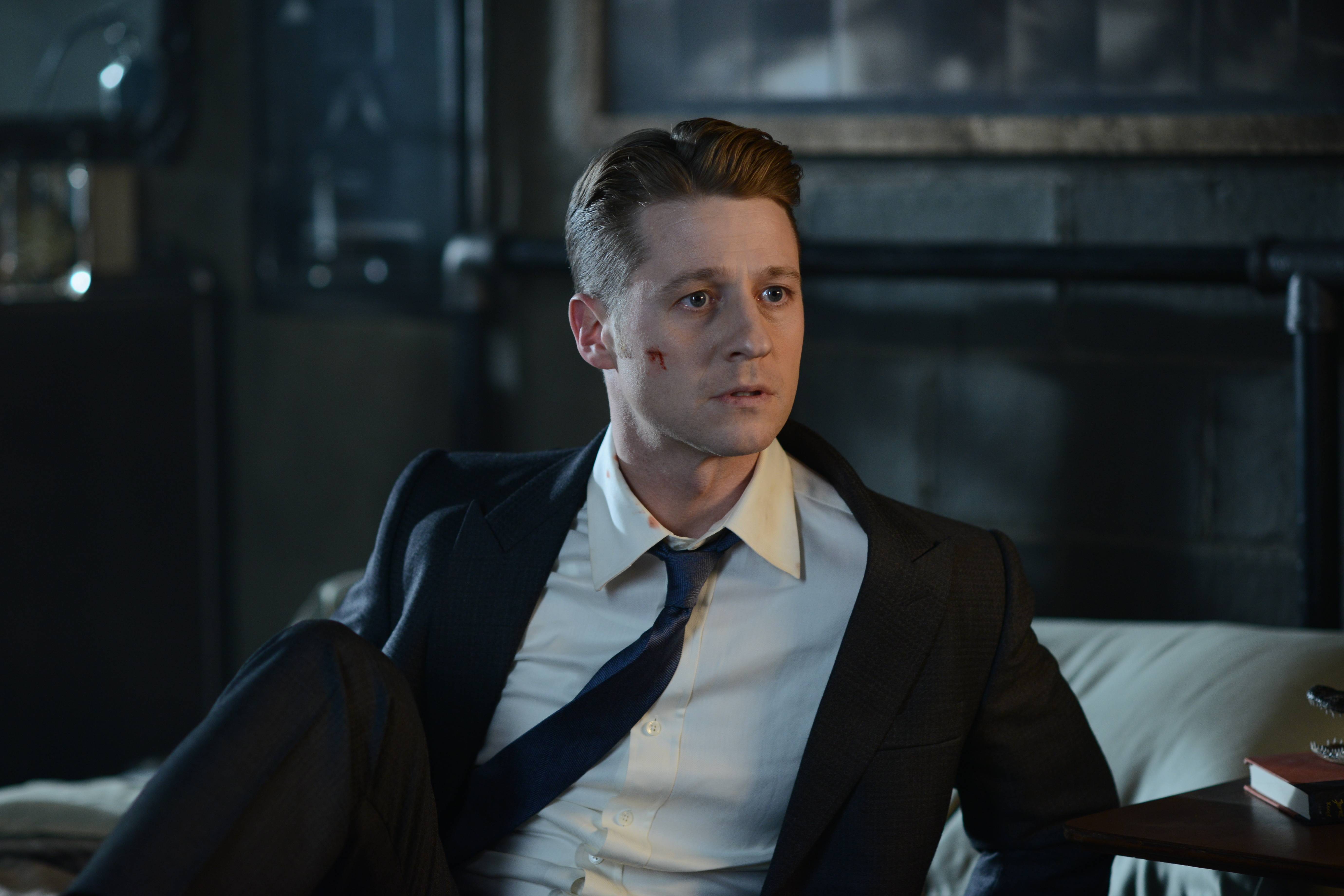 Over on the The Gotham Chronicle podcast, we’ve affectionately referred to the “Gotham” version of Gordon as “homeless cop”.

It may seem as if Jim was living at his fiancée Barbara’s penthouse in season one, but a line from the pilot (“When I am Mrs. Gordon and you are living here all the time..”) established otherwise. When that relationship ended, the question was raised of where Jim was sleeping. During “What The Little Bird Told Him”, Lee Tompkins found him in a locker room and asked “You live here”, to which Jim replied “Sort of between places right now”.

The Gotham Chronicle: I have a request for this season, can we get a place for Gordon to live, because he’s been sleeping at his ex-girlfriend’s house and in locker room, where is he living. Can we get him a place?

Cannon and Heller: Yes, you and McKenzie have made that request. It’s under consideration.

The Gotham Chronicle: Under consideration? Come on man, he is the hero of the show. Give him a bed.

Despite the pleadings of ourselves and Ben McKenzie, season two didn’t give Gordon a permanent address. During the episode “Mommy’s Little Monster” Lee offers Jim a key to her place to which he notes “I guess I do spend most nights there”.

The arrangement doesn’t last and during the episode “Into The Woods” Gordon is seen sleeping in the back of Bullock’s car.

During San Diego Comic-Con 2016 we had a chance to speak to Ben McKenzie about Gordon’s living situation. Based on what the producers told me about Ben’s feelings the previous year, I was eager to get his response. When I asked him about Gordon’s residence, Ben made a big grin and said “Breaking news guys. Big news. Jim has his own apartment in season 3”. The press table cheered and clapped as the words “finally” were uttered by myself.

Ben patted me on the shoulder and said “You know I’m so glad that you care about this because I feel like I’m the only one sometimes. I tell the producers, what does it take for the lead actor to get his own set here”.

He laughed as he continued, “He’s such a free loader. He’s always with the ladies place”.

Looks like Gordon will be having a career as a bounty hunter instead of returning to the GCPD. “Gotham” returns to Fox on September 19.