SDCC: What other character did Barbara almost become in Gotham? 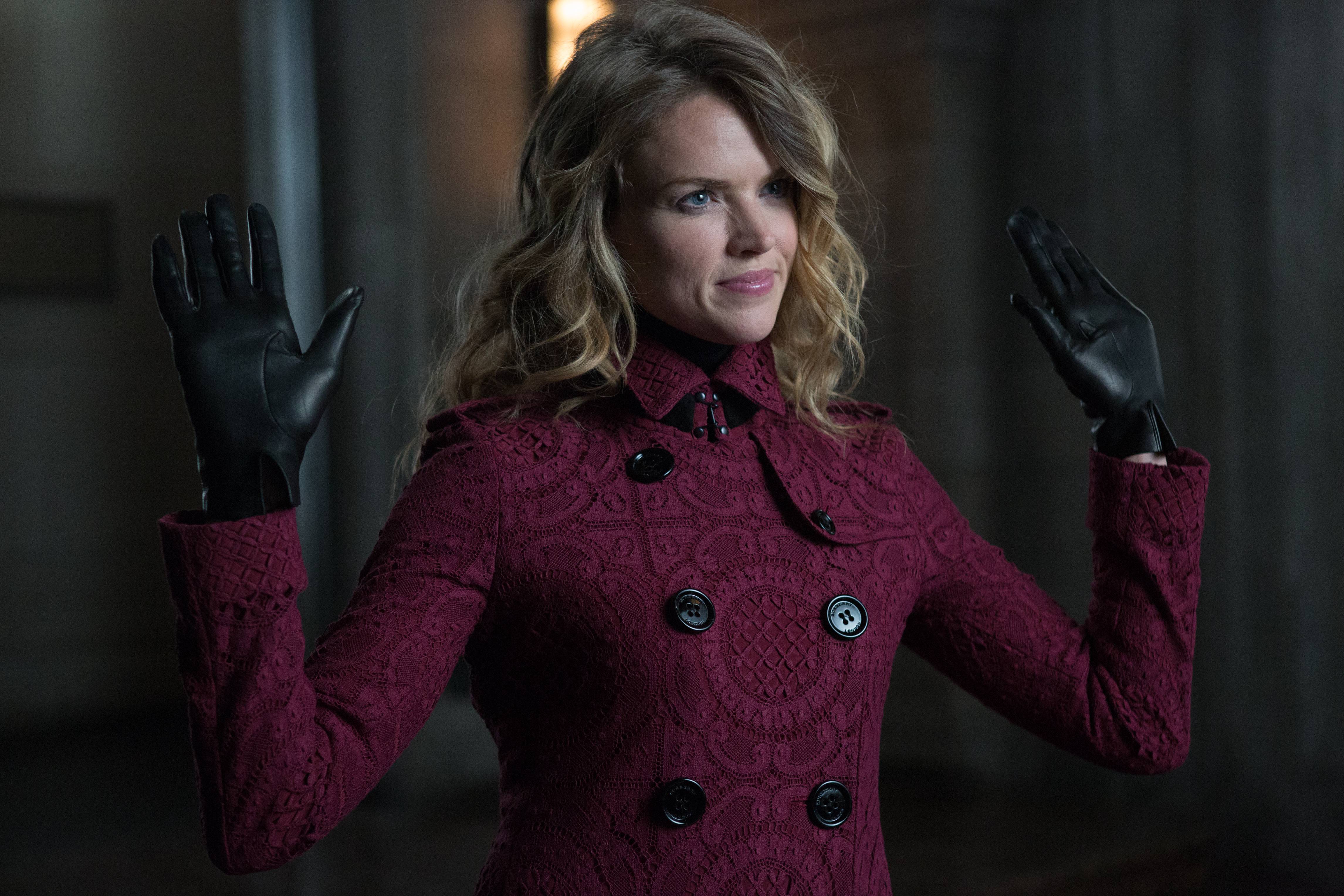 At end of Gotham’s third season, we learned that Drew Powell’s “Butch Gilzean” was actually an existing character named Solomon Grundy. This continues in the tradition of other DC shows like Smallville, where Tess Mercer was revealed to be Lena Luthor.

It turns out that Barbara Kean almost had a “Solomon Grundy” moment of her own before the writers of “Gotham” changed course. At the end of last season, Erin Richards teased in interviews that Barbara would be going through a transformation that would require the actress to “read more comic books”. I had a chance to ask Erin Richards about this during the Gotham press time at Comic Con a few weeks ago.

Erin laughed and had this to say,“She was changing at the end of the last season and we had some ideas about who she could change into. And then we decided that it would just be better if she remained herself.”

Rumors had been flying that she would be Harley Quinn, so I asked it that was the case. Erin quickly shot that notion down.

Although Barbara Kean will not be turning into another DC Universe character, she will be going through another metamorphosis.

Another reporter noted that Barbara has had a few resurrections to which Erin had the following to say, “I’ve been really lucky to have this development in her playing four different characters each year. As in a different character each of the four years. It keeps it fresh for me.”

I finally had to ask her if the ship had sailed on her and Jim Gordon conceiving a baby Batgirl.

“I don’t think so. We talked about it in the panel today. I think it’s still possible. I think this version of Barbara that we’ll see will actually be the most surprising to Jim as a development because it’s probably pulling aspects of her from the first season and the second and third. I think he might sort of be quite taken aback by who she’s become and not necessarily in a bad way.”

What DCU character was Barbara Kean supposed to become? Sound off your best guesses in the comment section.