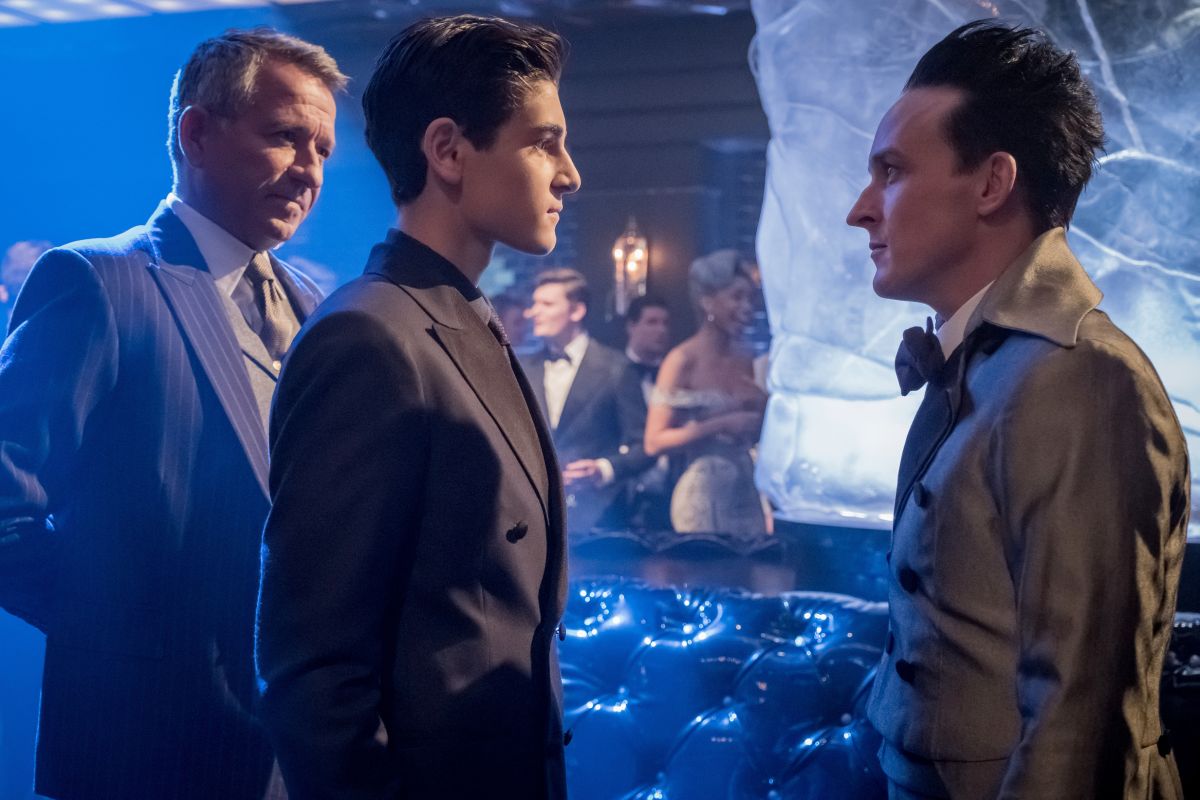 The first episode of the season of Gotham airs tonight at 8PM ET/CT on Fox with “Pax Peguina”. Fox has released a number of screens and videos to promote tonight’s season premiere.

Synopsis: Gordon fears Jonathan Crane (guest star Charlie Tahan) is still alive and back in Gotham, when The Scarecrow’s signature MO is used in a series of robberies. Meanwhile, Penguin’s “licensing” of crime in the city backfires during the grand opening of his new Iceberg Lounge. Also, in the aftermath of his encounter with Ra’s Al Ghul, Bruce begins his vigilante watch.