NYCC: Gotham’s Bruce and Selina React to the Comic Engagement 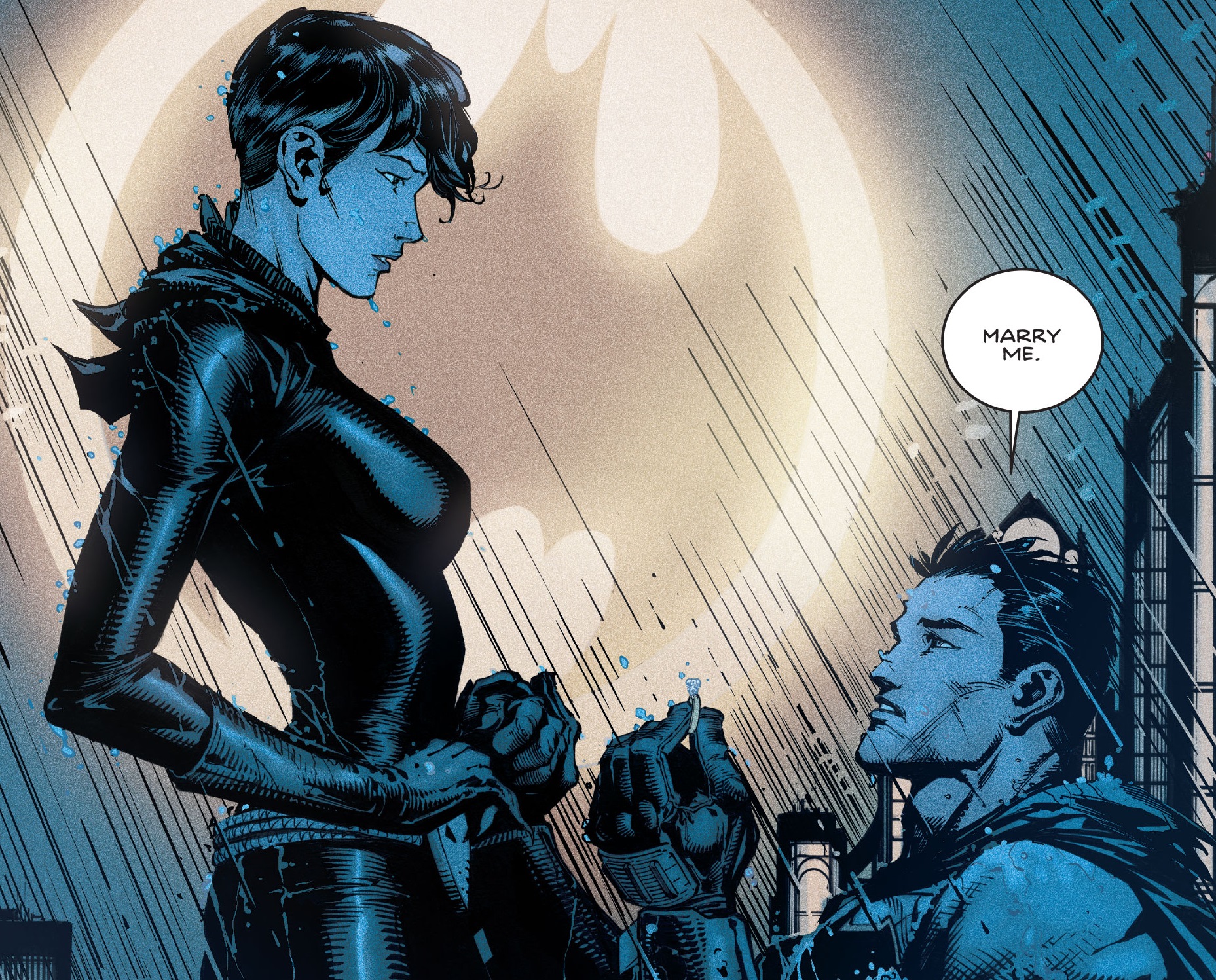 Yesterday, New York Comic-Con hosted a press junket for Gotham. TBU was there and was able to get David Mazouz (Bruce Wayne) and Camren Bicondova’s (Selina Kyle) reactions to the recent developments in Tom King’s “Batman” title. If you missed it, Catwoman and Batman became engaged in Batman #32. David was aware. “I know,” he said with a smile on his face. “It’s great. Good for him. He deserves it.” He wasn’t too optimistic about wedding bells though. “It’s not going to work. It never works.” Camren was more surprised. “Wow! Really?” she asked. She’s eager to see what comes next.

Bruce and Selina continue to appear on television on Gotham on Fox on Thursday nights as the comic’s engagement unfolds twice a month in the pages of Tom King’s Batman.