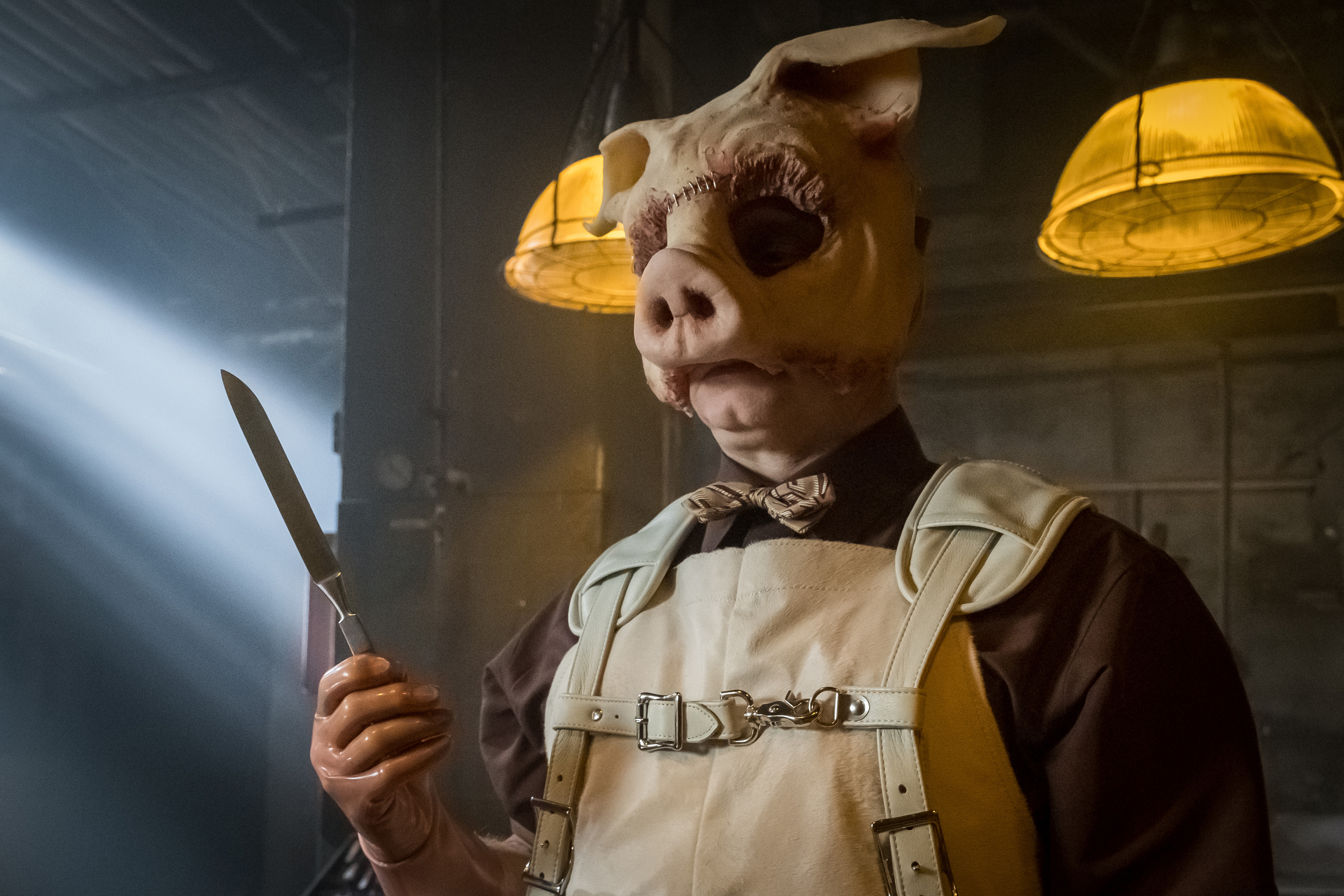 The ninth episode of the season of Gotham airs tonight at 8PM ET/CT on Fox with “Let Them Eat Pie”. Fox has released a number of screens and videos to promote tonight’s episode.

Synopsis: Professor Pyg continues to torment Gotham City, involving Jim Gordon whenever possible. Sofia and Penguin get ready for a fundraiser for the orphanage, and things don’t go as planned when Professor Pyg shows up as the chef. Meanwhile, Bruce’s partying gets in the way of his relationship with Alfred.