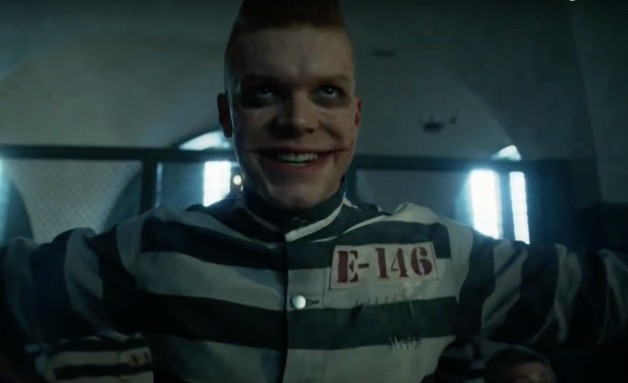 The wait for new episodes of Gotham is going to be a bit longer as it’s been announced that the show will return from it’s winter break on March 1 and if recent comments by actor David Mazouz are to be believed, things are going to be dire for the heroes as the villains come together to destroy Gotham:

Essentially all of the villains on the show, all the terrifying ones at least, will team up. It will basically be the Justice League of Gotham villains. They’re gonna basically terrorize the city over the next 11 episodes. All the good guys are gonna have a part in taking them down, because there are just so many of them. Of course it’s spearheaded by the man that posted it himself, Jerome. Everybody is involved, somehow, in this massive fight against this band of villains. It’s so cool. I loved every single time I got a script these past couple of months. It’s so cool, the idea of everybody teaming up like that.

Take a look at the teaser trailer for the return below to see glimpses of the new Ivy and Maybe the Joker/Jerome.

When Gotham does return, one of it’s villains is going to be looking a bit different. Along with the previous recasting of Poison Ivy, Scarecrow will also be portrayed by a new actor with David W. Thompson taking over from Charlie Tahan. The former actor is tied up as a series regular of Ozark, which left the role open for a new actor to step in. And from the photo over on TV Line, Thompson bares a striking resemblance to the Jonathan Crane we’re familiar with in the comics.

Are you excited for the return of Gotham and all the new villains? Let us know in the comments below!