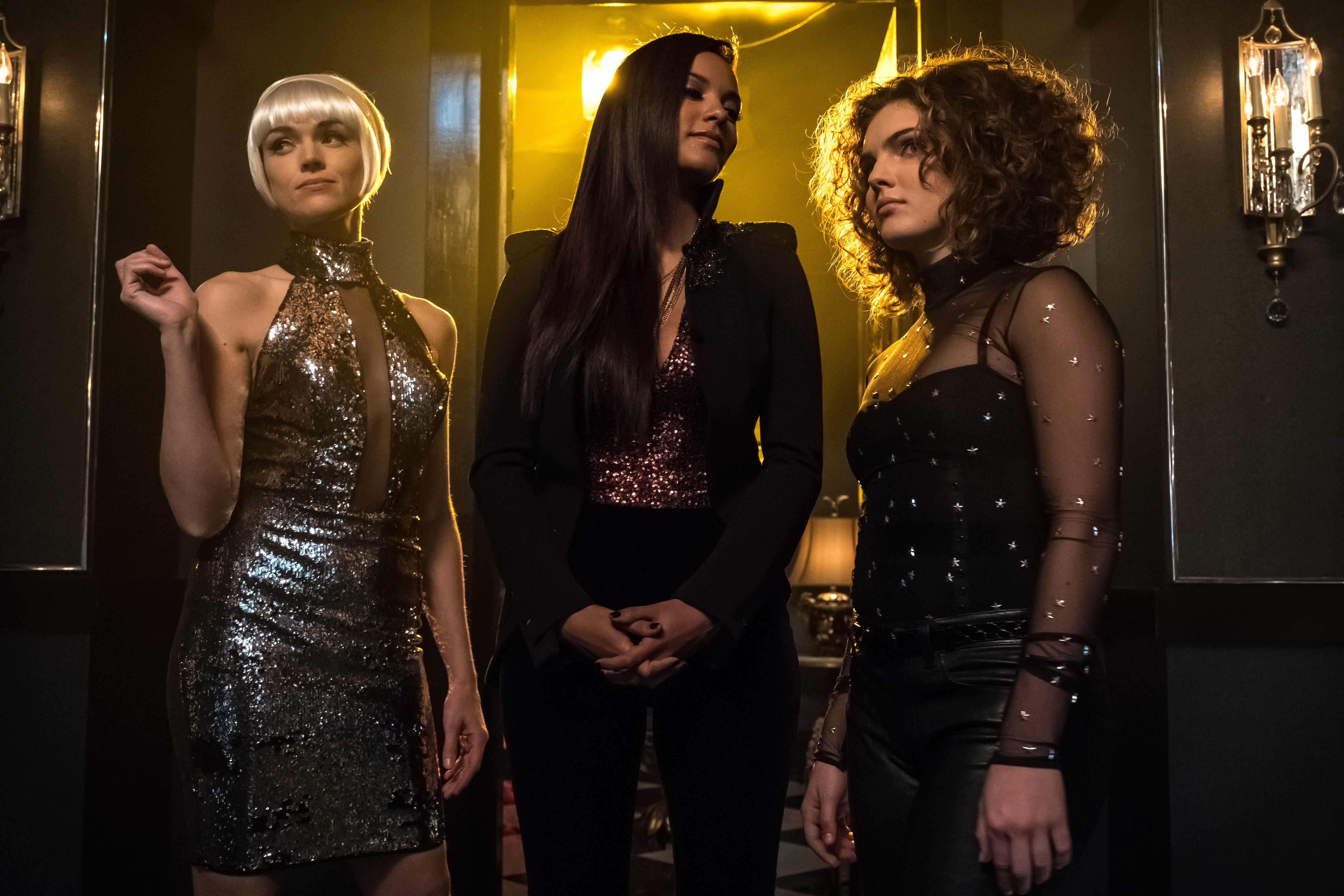 What Happened: Ivy is reborn and the death she leaves in her trail perplexes Lucius Fox. Lee continues to try to rebuild the Narrows but someone is trying to have her killed. The investigation leads Gordon to finally reunite with Lee and learn of her alliance of Nygma, who has more to do with the assassination attempt than he realizes. Without a job and purpose, Alfred wanders the Narrows and befriends a waitress whose murder he winds up being framed for. In the end, Bullock, who is now a bartender, helps clear things up but doesn’t want anything to do with Jim.

The Good: I was not prepared to like the new Ivy. The constant recasting and changing of direction with the character had rendered me unenthusiastic. I was pleasantly surprised to see what Peyton List brought to the role. She carries herself with the confidence and control that Poison Ivy should have. Maggie Ghea was a great comedic Ivy, but Peyton is the closest this show has given us to the source material. She owns every scene she’s in.

Because so many of these characters were kept apart for most of the season, their reunions have more weight. I enjoyed seeing Gordon and Lee interact. Selina and Bruce have also had limited interactions this year, so I liked seeing their verbal sparring. The Bruce scene was only there to remind us of what was happening with him, but it was still great to see Selina react to it and call him out.

The Sirens commercial was very odd, but I was so amused by it that it has to go in the “like” column. It’s one of the strangest things the show has done, but not in a bad way.

The Bad: Considering everything that Nygma did to Jim/Lee, I’m surprised how quickly Jim accepted the new Lee/Ed alliance. I similarly wondered why Butch wasn’t offended at Tabitha allying herself with the woman she shot him in the head.

I didn’t really care about Alfred’s friendship with the waitress, so I had little investment when she wound up dead.

While I enjoyed Ivy this episode, we had another scene of a new Ivy showing up at the Sirens club and confusing Selina over her identity. We just had that same exact scene last year with Maggie Ghea’s Ivy. If you’re going to keep on recasting the character, don’t make it so obvious by repeating the same character beats.

The Questions: Why hasn’t Butch revealed himself to Lee and Nygma? Why are he and Tabitha acting like they can’t be a couple? Isn’t Alfred in trouble for resisting arrest? Why is Nygma sabotaging his relationship with Lee?

Overall: A great episode of reunions and rebirth. A fine way to return from the winter hiatus. I’m looking forward to what’s next.