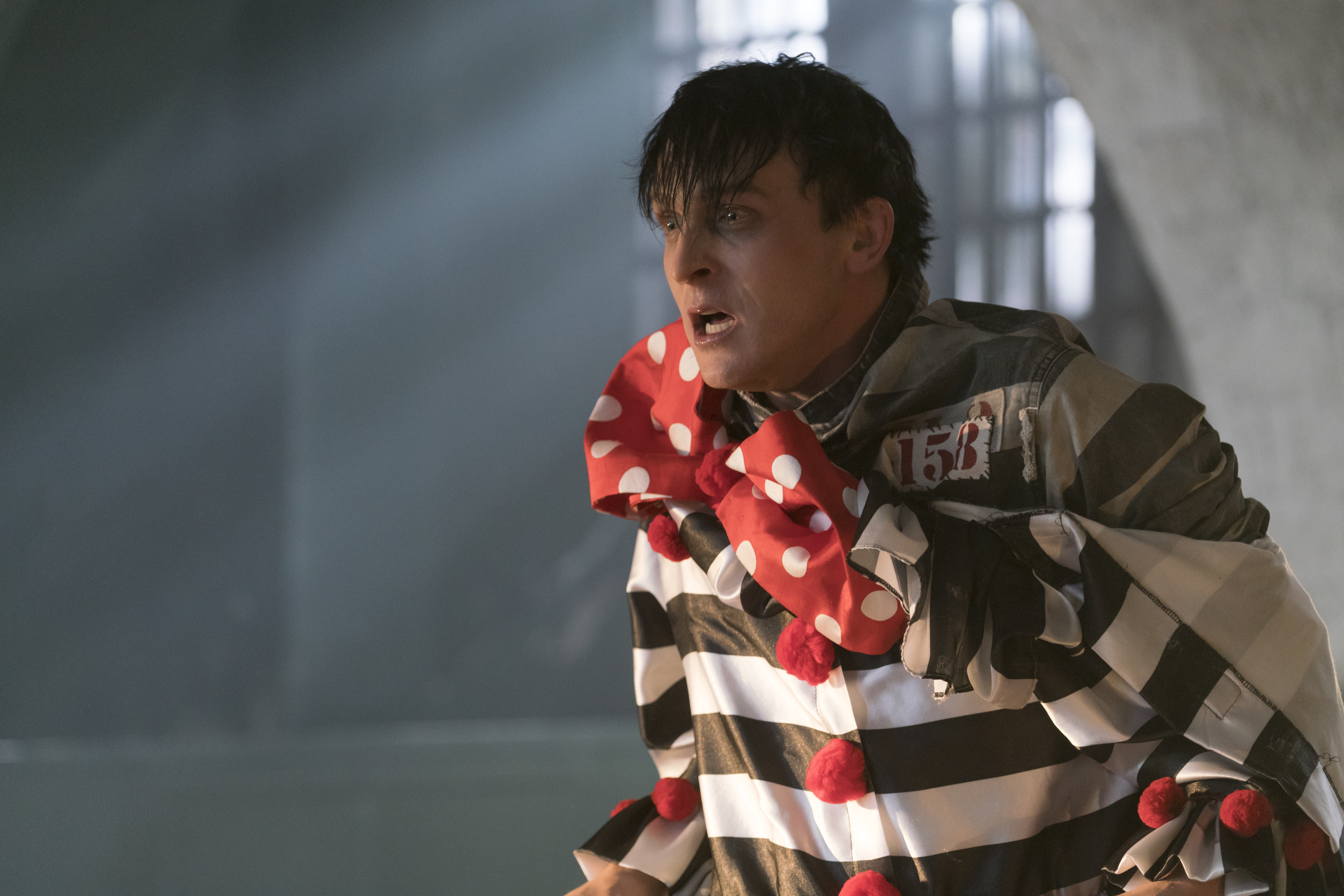 On February 26, Robin Lord Taylor appeared at Tumblr Headquarters in New York City for a Gotham fan event. I was able to have a chat with Robin about what’s in store for Oswald for the remainder of “Gotham” season four.

We began by talking about the fan reaction to Oswald’s storyline with the orphan boy, Martin. “It felt really great. It’s a new avenue to explore with these characters. It’s so exciting. There is a sympathetic guy in there. What I liked about it was that it almost like an apprentice. He’s passing on his knowledge. Trying to influence someone and also have an ally. Someone he can trust. It’s so hard for him to trust anyone after he’s been stabbed in the back so many times. Not without reason,” Robin said.

I noted the irony that it was Martin’s staged murder that ultimately brought Oswald done. Out of all the crimes Oswald has committed, he was arrested for the only one he didn’t do. Robin agreed, “We have not seen the last of Martin. He’s the living proof that Oswald is innocent. Now that Oswald finds himself in Arkham it’s just going to be all about getting out of Arkham. It’s a place where Oswald needs to be in control. He has no control there. As we saw at the end of episode eleven, there’s someone else who is running Arkham, who has a lot of influence there. It’s going to be finding out a way to get out of there before he goes completely insane.”

There have been a few teases regarding a team-up for the “Gotham” villains. I wondered how that could work since Oswald has burned bridges with many of them. “It’s Gotham everybody forgives,” Robin reminded me.

I asked if Oswald would be receptive to Jerome or wary of him. “He’s wary of everyone. He doesn’t trust anyone at this point, understandably so. Of course, he’s wary of Jerome. It’s intimidating because Oswald isn’t comfortable being at the whims of someone else. He walks into Arkham and see’s that it’s Jerome’s playpen. It’s terrifying,” Robin explained. “I don’t think Oswald has any desire to control Arkham. He just wants to get out. Whatever it takes. Whoever he can convince to help, he will use that. He has to get out before he loses it.”

Check out Oswald’s Arkham incarnation this Thursday on “Gotham”.