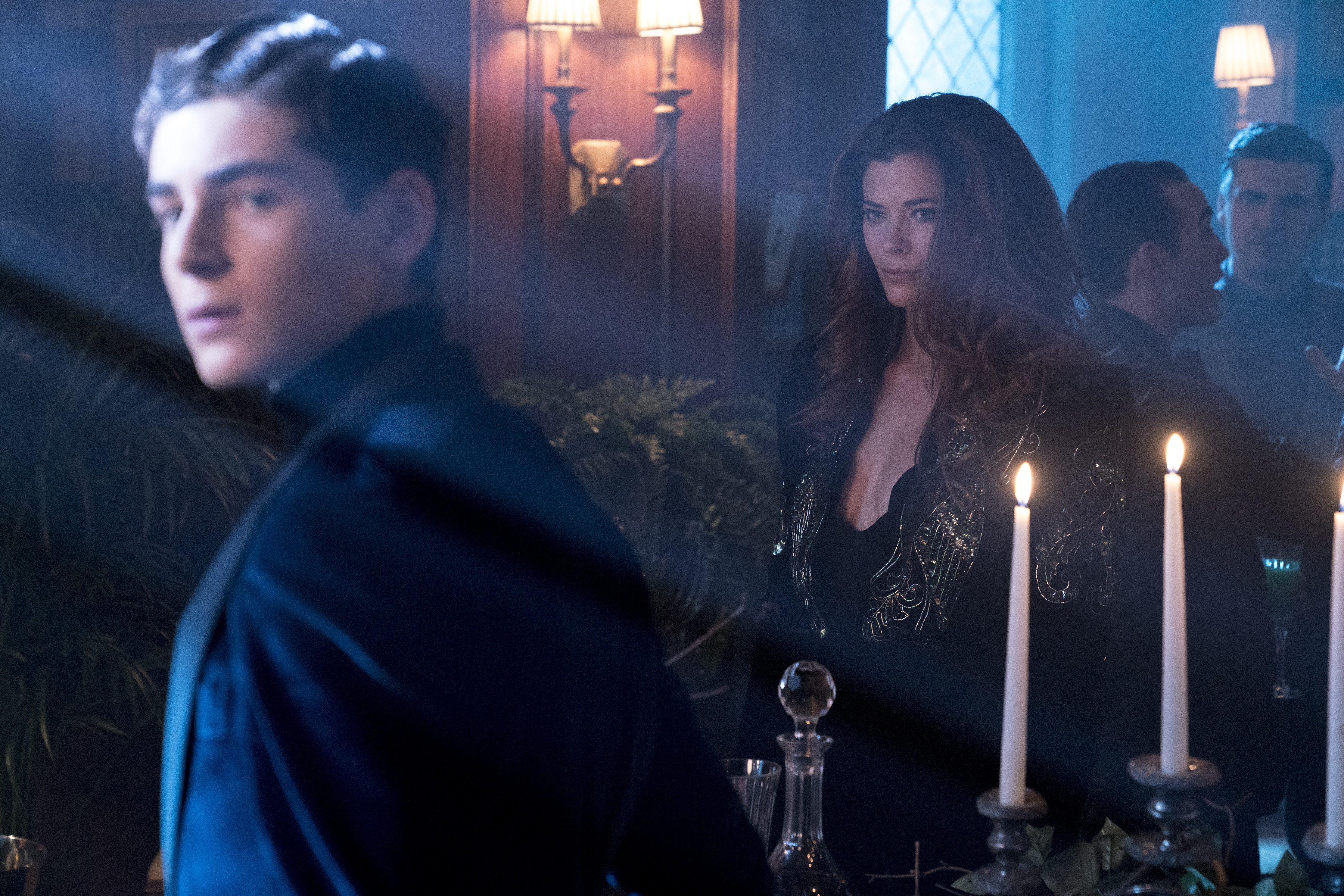 The Team: Directed by John Stephens. Written by Tze Chun.

What Happened: The new version of Ivy continues to turn heads sending Selina away in disgust and Gordon after her for justice. Ivy poisons Bruce, sending him on a near-death experience which causes him to reexamine his spurning of Alfred. Jerome does everything he can to make sure that Oswald’s stay in Arkham is as unpleasant as possible. A visit from Nygma does give Oswald some hope. Realizing that she and Gordon are in a stalemate, Sofia summons her sister-in-law Lee Tompkins for unknown purposes.

The Good: The comedy on this episode was spot on. James Gordon and Selina Kyle trying to talk their way out of trouble with Detective Harper was one of the funniest moments of the episode. Lovestruck Lucius was also an amusing touch. Did anyone else catch Alvarez’s notebook? I had to pause that moment a few times.

One of the most uncomfortable things about adult Ivy has been the implications of her true age when she gets into romantic situations. It’s hard to forget that even though she’s played by a very adult Peyton List, Ivy Pepper is still supposed to be a mutated teenage girl. The show has had challenges in dealing with this, but this episode avoided the pitfalls really well. Instead of sexual lust, many of the characters love for Ivy was more cartoony. In some cases (like Detective Harper) it was more hero worship. Lucius Fox’s infatuation was more comedic than carnal.

The Bruce Wayne dream sequence was fun in how off the wall it was. Why does Harvey Bullock have a chicken? Who cares! The costumes, easter eggs and overall feel of Bruce’s dream were great.

Cameron Monaghan has never given a bad performance as Jerome and this episode is no exception. His extended interplay with Robin Lord Taylor is fun. The “mime fight” is classic Jerome. In this episode, Arkham is almost like a high school and Jerome is the popular jock picking on the nerd Oswald. Jerome drives Oswald crazy all in the name of the “make me laugh” gag. Robin Lord Taylor’s is pushed to his limit, and between Jerome’s antics and a visit from Nygma, Oswald gets his fire back by the end of the episode. Cameron’s portrayal of Jerome is so good that it’s easy to lose focus on the character arc Oswald has this episode. He begins in the first act broken and without spirit. By the end, he’s the classic scheming Penguin we all know and love.

The Bad: The moment where Bruce told Gordon about his mustache felt forced. While the “Gordon mustache” is an important part of his future mythos, I’m not sure if Bruce and Gordon’s reaction needed the amount of gravity it got. Wouldn’t Bruce be more surprised that Jim and Barbara were back together? That seems more important than facial hair. The mustache was great fan service for the audience, but to the characters, it should just be facial hair.

The Questions: Penguin tells Jerome that Sofia is holding Martin captive. While it is logical to assume that Zsasz told Sofia where Martin was, I assumed he was being left alone. Did Sofia re-kidnap him off-screen? Is he being held as an insurance policy against Penguin? Lucius hasn’t been with Wayne Enterprise since season two, so how would he know about the Lazarus vial?

Overall: A fun off the wall episode. Ivy’s lovesick army and Bruce’s nightmare made this a great one.