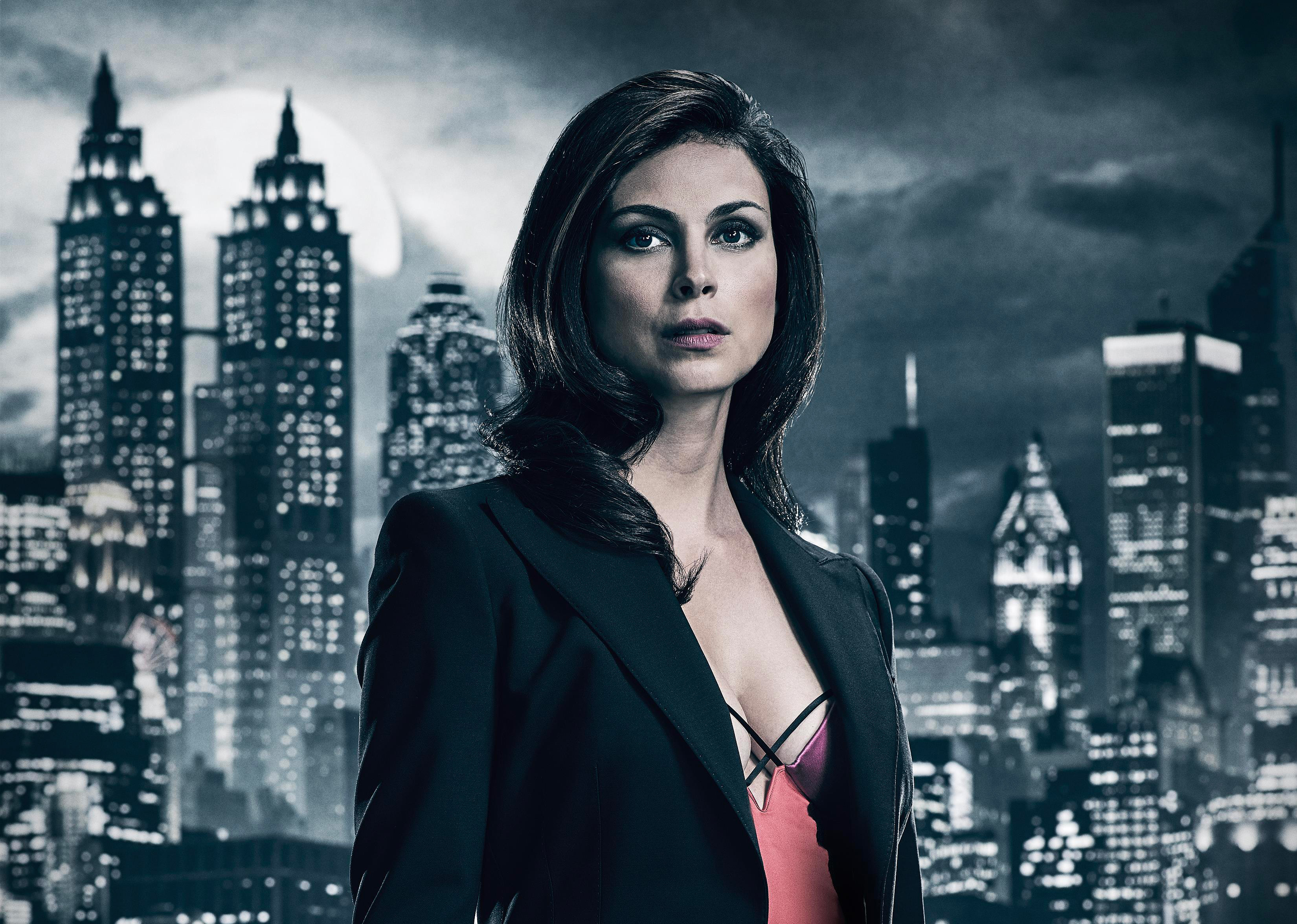 On February 26, Morena Baccarin appeared at Tumblr Headquarters in New York City for a Gotham fan event. I was able to have a chat with Morena about what Leslie Tompkins will be up to on “Gotham.” I noticed that Lee didn’t appear at Carmine Falcone’s funeral. I asked her if Lee was aware of the death of her father-in-law and the recent actions of her sister-in-law Sofia. I joked that Lee was a Falcone for “five minutes.” Morena jokingly corrected “Five seconds.” “I think she has now become aware of it through everything that went with Sofia looking for her. I think she’s just moved on and is onto bigger things or what she feels is more important,” Morena continued.

She explained what her relationship with her sister-in-law Sofia would be like, “I think it’s less about the jealous ex-girlfriend thing and more about butting heads over territories in Gotham. It’s very interesting because it’s multilayered. Let’s just say they’re not going to become besties.”

I brought up a Twitter request to have Lee punch Sofia and reminded Morena that she already got to deck Barbara this season. Morena smiled and said “Ok,” before adding, “There’s hope for that.”

I told Morena that I enjoyed seeing Leslie having her own clinic this season just like in the comics. I asked if we’d bee seeing more it. “You’ll see it a bit. It does get destroyed in one of the episodes because there’s a thug in town. I don’t know if that’s aired yet. Samson..” Morena said. I clarified that the episode did air. She continued, “So he smashed it up. After that, we don’t see too much of the clinic. She’s still helping people. She sort of starts leading the Narrows and it becomes more about literally practicing medicine and more about how do we help this neighborhood and these people have access to some of the riches in Gotham.”

I asked her how Lee would respond to Nygma’s growing affection for her. “I think at first she’s shocked by it. It wasn’t at all on her mind. I think as it goes on she realizes that she’s got a great ally in him. And then I think he starts to get her and understand her in a way that nobody has since the virus. I think there’s something there. Something to explore there,” Morena said.

We then discussed Lee’s morality this season. She poisoned a crime lord and seems to be more morally grey. “She’s definitely changed. She’s blurring the lines. I don’t think she’s worried about breaking the law right now as long as it’s a Robin Hood-esque reason and that she’s benefiting people who need help,” Morena said.

Regarding her relationship with Gordon, “A lot of stuff has happened between these two and they’re definitely at odds still. I think they love each other. There’s love there but they might of hit a point of no return. They’re after two very different things. She’s changed in a way that I don’t think he understands quite yet,” Morena said. “We’ll have some scenes together and it’ll be different,” she concluded.

Will Lee and Nygma make a love connection? Will her leadership of the Narrows lead her down a more corrupt path? Keep watching Gotham Thursdays on Fox to find out.