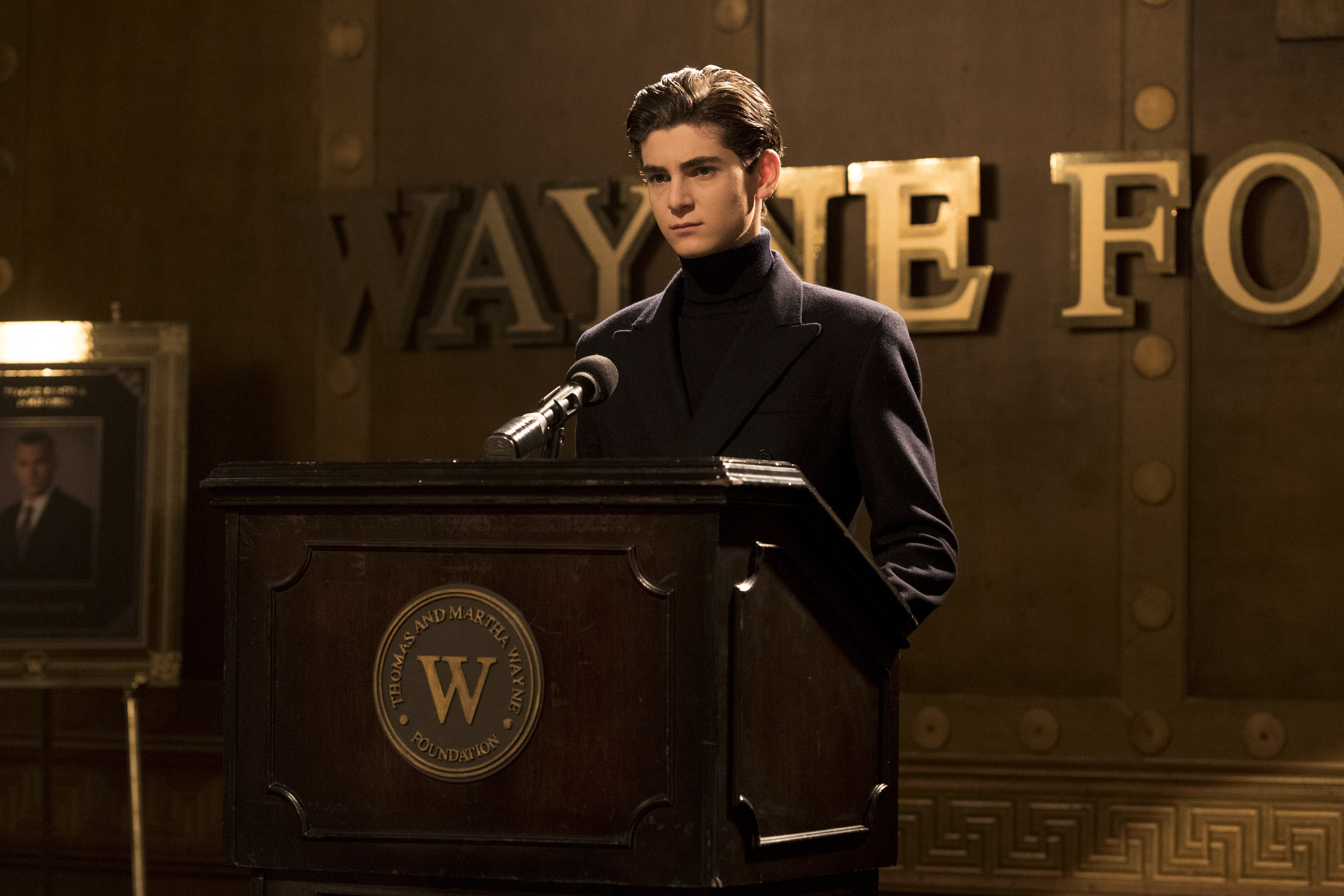 What Happened: Ivy sets her sights on Harvey Bullock as retaliation for killing her father back when she was Clare Foley. The adventure causes Bullock and Gordon to finally bury the hatchet and move forward. In the end, it takes Selina Kyle to finally stop Ivy. Sofia strikes at Lee to get to Jim. Nygma tricks himself into reuniting with Oswald at Arkham.

The Good: The showdown between Ivy and Selina was great. Even though the two actresses have only appeared in three episodes together, they really sold me on the premise that they have years of history. Camren is growing into a strong Catwoman. As with the last few weeks, Peyton List continues to own every scene she’s in as Ivy Pepper.

The show has done a good job of mixing comedy and drama these past few weeks. Alvarez mistaking a sleeping Bullock for dead was another one of those great moments.

The scene with Sofia and Lee was brutal, but “Gotham” is a show that should shock us with its brutality.

David Mazouz gives a phenomenal performance as a remorseful Bruce Wayne seeking redemption. He and Sean Pertwee continue to play off each other well. If their chemistry wasn’t strong, then the show would have never lasted this long.

The Bad: Because of the number of characters and plot threads the show is juggling, the momentum of some of the plot lines are stalled when certain characters don’t reappear for weeks. Grundy was nowhere to be seen during the Narrows plot. Surely he could have protected Lee from Sofia. Wouldn’t he want to stop “friend Ed” from committing suicide?

The hypocrisy of Jim Gordon is hard to ignore. He chides Harvey Bullock for accidentally shooting the wrong person, yet Gordon does it again this episode for the second time in one month. With all the talk of gun control in the media, Jim would be wise to listen.

The Questions: Why didn’t Lee bring Grundy (her heaviest hitter) along for protection? I know Arkham is famous for having horrible security, but how is Penguin (an accused child killer) able to wander into the admission office?

Favorite Moment: Simply the line “Your ex has been sleeping with your dead husband’s mafioso sister.”

Overall: Strong performances from the main cast. Not my favorite episode, but the main players are doing a great job with their characters.