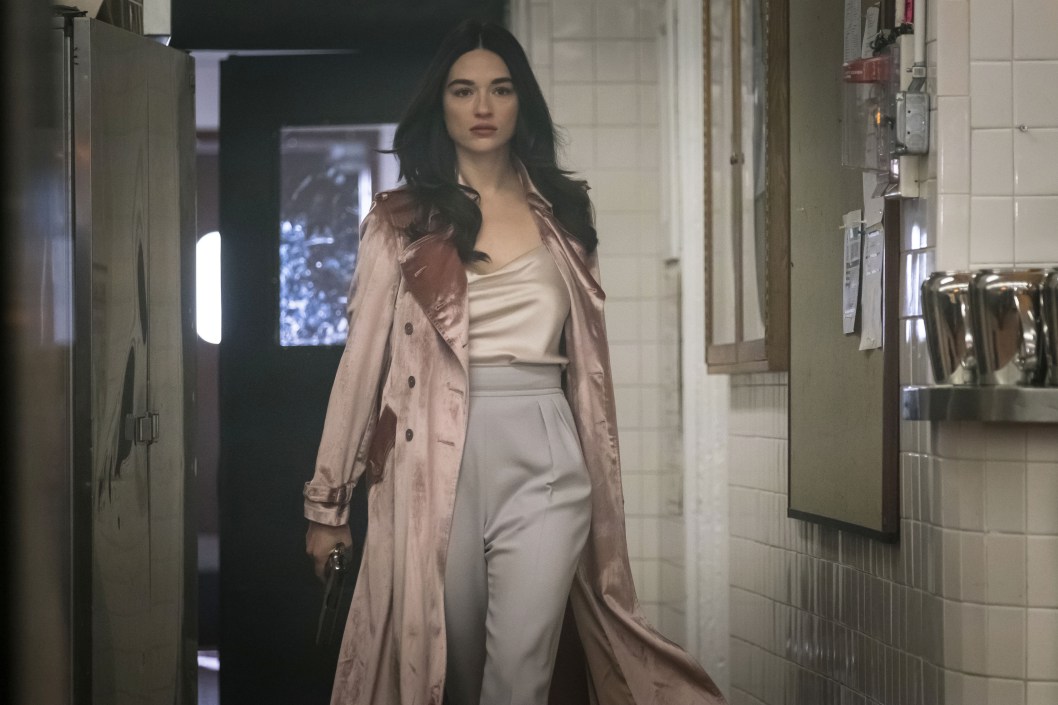 The Team: Written by Seth Boston, Directed by Nick Copus

What Happened: Various characters all come together for the joint purpose of taking down Sofia Falcone. In the end, Sofia loses her crown thanks to a revenge-thirsty sister-in-law. The adventure causes Riddler and Penguin to become friends again. Barbara begins to notice some changes in her hand, while Grundy reveals that he’s Butch again. Bruce and Selina work together to recover an item Selina regrets fencing.

The Good: This episode felt like a mid-season finale or a season finale. Many plot threads were resolved and certain characters were taken off the board, and we still have two more months to go. It reminds me of “Penguin’s Umbrella” in season one. One of the great things about this storyline format is we never know what’s coming next. I thought Sofia would continue to plague Gordon until the season finale, so I was surprised to see everything concluded in this episode. If this was “Smallville”, the wheels would’ve spun for the remainder of the season. It seems like the show was wrapping up Sofia’s story so the rest of season four could focus on Jerome and Ra’s al Ghul.

I hope Gordon and Lee can also appreciate the parallels between what happened here and the death of Mario. Gordon shot Mario to save Lee, while Lee shot Mario’s sister to save Gordon.

Even though Sofia is (temporarily) gone, the weight of her actions will plague Gordon for some time. That’s a great revenge scheme.

After months of speculation, we are finally getting some answers on the Barbara Kean/Ra’s al Ghul plotline. I’m glad that plot is finally moving along.

Grundy’s absence was puzzling the last few weeks and I’m glad Lee addressed the elephant in the room. Seeing him finally go after Nygma and Barbara’s shocked reaction were both great.

Although Martin’s return was brief, it’s always welcomed. Sharp-eyed viewers will notice his kidnapper was reading a pre-Batman issue of “Detective Comics”. That was a fun touch.

I wasn’t sure how Riddler and Penguin could ever come back together after their spy vs spy war last season. I’m glad that their ledger seems to be clear. I hope the show has the guts to pull the trigger on the coupling. Their line about the pier was also funny.

Camren Bicondova and David Mazouz work well together. Their chemistry as Bruce and Selina has gotten better with each season. I could watch an episode that just features them in a locked room and be entertained.

The Bad: It was nice to see Lee unleashed at the end of the episode, but what she did to Sampson was definitely a violation of her Hippocratic Oath. It’s not her first time either.

Grundy vows to Tabitha that he will change himself back into Butch. Dude, you got your brain back and even got to regain your hand. You’re Butch again, just with bleached skin. Call it a win and let Tabitha kiss you.

Sofia’s headshot wound seemed pretty serious. I know that in real life people can survive those, and Butch did as well, but it still feels odd that Sofia is still among the land of the living.

I didn’t like the Headhunter when he first appeared. I was happy when Penguin killed him, so I’m not pleased to see him back.

The Questions: How did Headhunter survive his wounds? He’s alive and the only explanation we are given is that he spent some time in the hospital.

How did Martin’s kidnapper get a vintage Golden Age issue of “Detective Comics”? He probably stole it. It’s also inhumane that he’s handling it without a bag and board.

Did Selina and Bruce return the stolen item together?

Favorite Moment: Bullock and Gordon searching for Penguin only to accidentally bump into him on the street.

Overall: An action-filled episode that subverted expectations and kept me on the edge of my seat. One of the best of season four.