Review: Gotham: Season 4: Episode 16: One Of My Three Soups 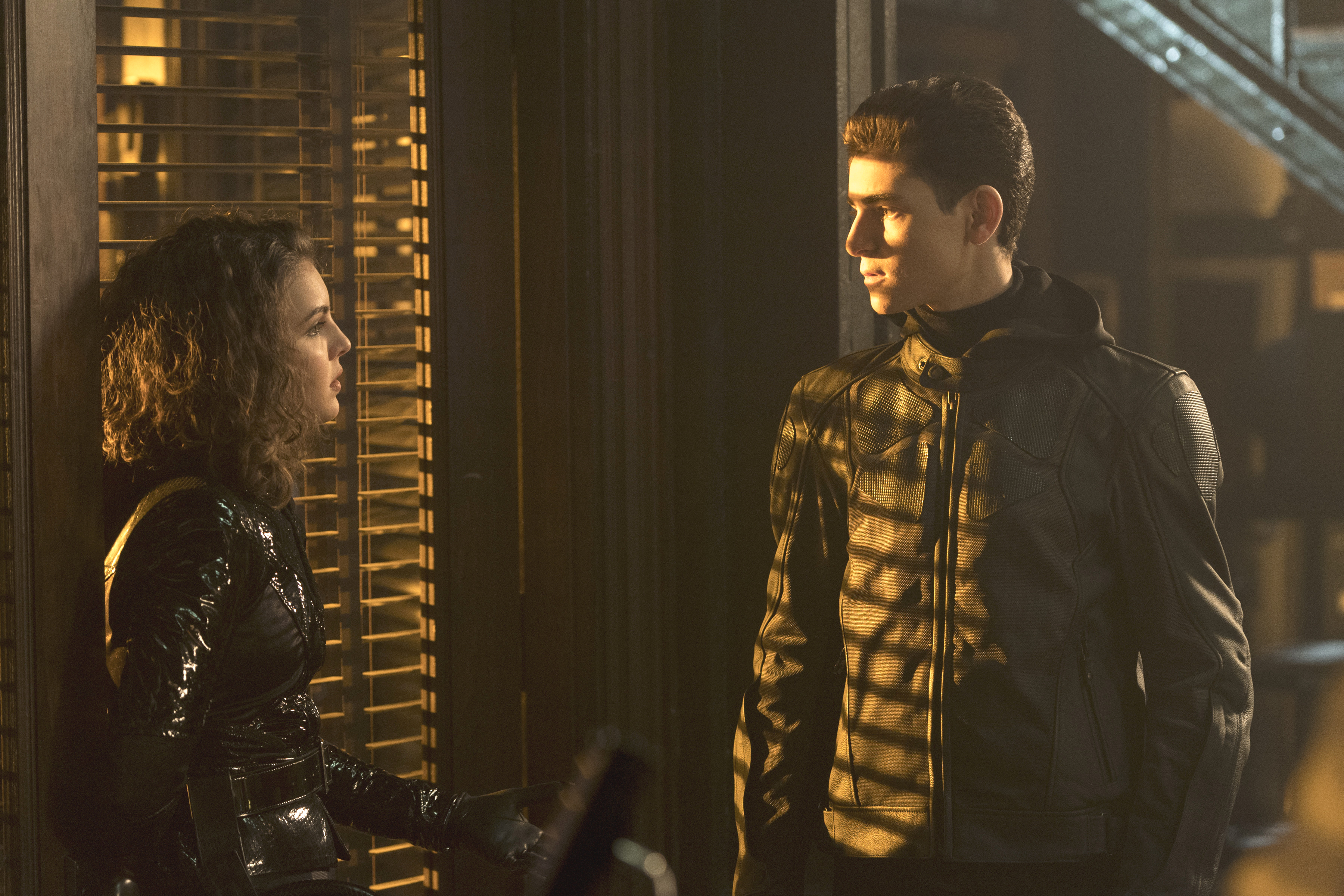 The Team: Directed by Ben McKenzie, Written by Charlie Huston

What Happened: Jerome breaks everyone out of Arkham and begins a secret search. He crosses paths with Bruce and Selina. Mad Hatter holds the city hostage forcing Jim to do some creative Dee-Jay work. Barbara Kean discovers that she’s the heir to the League of Shadows.

The Good: The Mad Hatter was one of my least favorite parts of the third season, yet I still found myself in suspense and fully engaged with his plot line. It was also a good episode to further showcase the mending of Bullock and Gordon’s relationship. That previous point was helped by the fact that Ben McKenzie directed this episode. Gordon’s desperation in the DJ booth was well acted, followed by his immediate relief. The audience was right there with me emotionally.

Cameron Monaghan was fun as usual. His body language and dialogue delivery make it hard to imagine anyone else in the Jerome role. His reunion with Bruce was great and it was nice to finally see him meet Selina Kyle. Last week I talked about the chemistry between David Mazouz and Camren Bicondova. There isn’t much to add here that wasn’t already said last week. I continue to enjoy their scenes together.

The Bad: “The Gotham Chronicle” podcast co-host and TBU contributor Donovan Grant pointed out to me that many murder victims in this episode are minorities. It’s an ongoing issue that I wasn’t aware of until it was pointed out to me. It’s hard to unsee now.  Listen to the “The Gotham Chronicle” episode coming this Monday, for a further in-depth discussion on the issue.

The WTF: I had to create a special category for Barbara Kean being the new leader of the League of Shadows. My feelings about it are mostly shock and amusement. I’m not sure I like it, but I can’t bring myself to hate it either. We’ve come a long way since the first season. Remember when Barbara was a woman who barely left her apartment? She’s strayed so far from her comics origin that I continue to be shocked by just how outlandish her storyline has avalanched.

The Questions: Mad Hatter seems to be controlling the guards (and the people via radio) by voice alone. Is he now the Purple Man? I don’t remember him having powers this specific in season three. If he could control the guards and radio listeners this way, why hasn’t he defeated Jim Gordon yet? We know from previous episodes that Bruce Wayne is an actor who can pull off many charades. Why is his mock fear to Harper so paper thin?

Favorite Moment: Jerome debating if he should shoot the circus strongman attacking Bruce or not. Classic Joker-esque moment.

Overall: A suspenseful episode which gets the next storyline in gear.