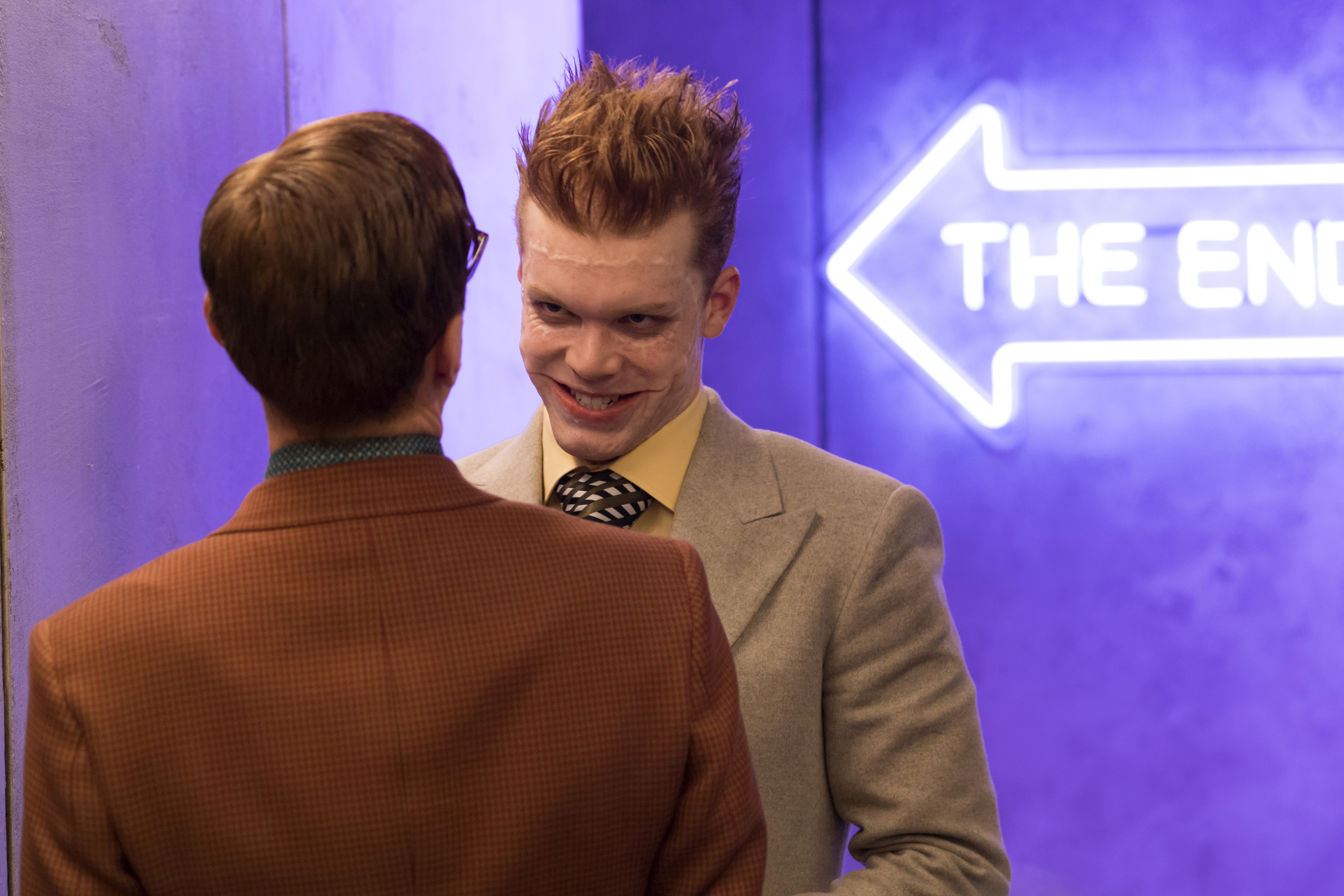 The Team: Directed by Maja Vrvilo, Written by Steven Lillen and Bryan Wynbrandt

What Happened: Bullock and Gordon trail Jerome, who is trailing his previously unknown brother Jeremiah. Jerome is also gathering the series villains together for some big plans. Penguin convinces Grundy to join them despite their history of betrayal.

The Good: We got Joker Venom at the end of the episode. That was awesome. It was every bit as scary and disturbing as a live action version of Joker Venom should be.

Cameron Monaghan has been great these last few weeks, and now we get to see him playing another character. Interviews and leaks have indicated where the story is going, so it’s hard to talk about it much here without spoiling some of what we know is coming next. I am intrigued and happy to be along for the ride.

The character of Ecco was a great addition. In the past, we’ve had silent and scary assassins like Mr. Zsasz and Tabitha. Tabitha has evolved into a more fleshed out character and Zsasz is now comic relief. So far Ecco seems like a great new person for the role those two once filled. I just wish the internet would stop trying to speculate on her being Harley Quinn.

It was fun to see all the villains come together. I’m looking forward to seeing how they play off of each other. Right now they’re just following Jerome’s lead, but with personalities that big, sparks will fly. The ending demonstrated just how much destruction they could cause together.

The Bad: The show is having a very hard time selling me on a Nygma/Lee romance. I could absolutely see him falling for her, but I don’t believe her returning those feelings. The jury is still out on if she’s serious or not, but since we’re reviewing this ‘episode by episode’ instead of ‘season by season’ we have to take this installment at face value. I know Lee has grown more morally ambiguous, but would she really forgive Ed for all the things he’s done? The pacing of the plot was also very padded. When Ed tells Lee she’s only halfway done, my thought was “well duh, it’s only two questions”.

The Questions: Grundy agreed to work with Penguin because he told him that he’d help him change back to Butch. All Penguin did was say he’d find Strange. Now that Butch knows the strategy, why doesn’t he just kill Penguin and find Strange himself?

The questions raised about Jerome’s family history and their inconsistencies with the continuity of previous episodes are too vast to name here.

Is Lee playing Nygma? Does she have an agenda of her own? Is she really going to be a bank robber?

Favorite Moment: Bullock chasing Scarecrow and Mad Hatter down the maze. It reminded me of Han Solo doing something similar to the Storm Troopers in the first “Star Wars” movie. It was a lighthearted moment that helped in between scenes of emotional tension.

Overall: An intriguing chapter into the developing story of the Joker’s origin.