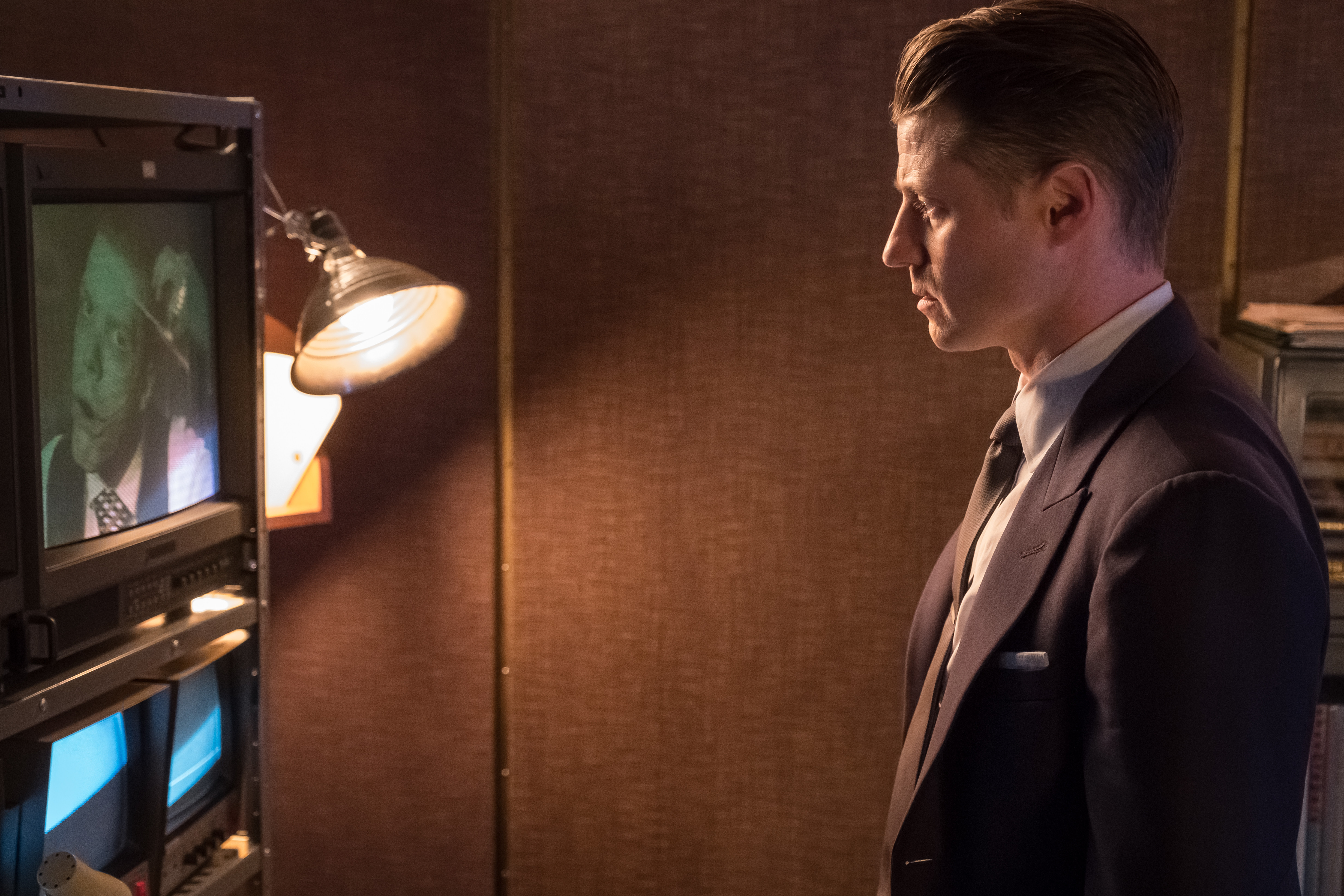 What Happened: A posthumous plan by Jerome may not be as posthumous as it seems. Jeremiah reveals his true intentions to Bruce as he strikes at both Alfred and Gordon. Nygma extracts Lee from GCPD custody, which causes her attraction for him to grow. Butch and Penguin interrogate one of Jerome/Jeremiah’s followers.

The Good: The twist with Jeremiah surprised me and everyone I knew who had watched it. We already knew that Jeremiah was going to become evil, but we hadn’t guessed that he faked the “posthumous” tapes from his brother. I bought into the scenario and was just as confused as Gordon was during the choking bit.

My fear was that Jeremiah would just be Jerome 2.0, and this episode put those fears to bed. Cameron Monaghan plays Jeremiah differently from his twin brother. While he’s still channeling the Joker, it’s different aspects of him which were more subdued in his Jerome portrayal. Jerome was crazy and dangerous, but Jeremiah is scary and unpredictable. In the span of one episode, he has already taken Gordon, Bruce, and Alfred off the board.

The scene where Jeremiah unmasks himself to Bruce in the graveyard will no doubt be remembered as one of the best scenes of the entire series.

The cliffhanger “Gotham” logo being lit blue was a great variant to hype us up for “No Man’s Land”.

The odd couple bit with Grundy and Penguin made me laugh. Gotham is always good at finding comedy during their more grim episodes.

The Bad: I’ve tried to be open-minded, but I’m really not liking the pairing of Nygma and Lee. I’m not buying her dark side or her locking lips with the man who had previously ruined her life.
No police department would let Gordon interrogate Lee. It is a huge conflict of interest. I understand that he’s the main character, and this is a TV drama, but the whole situation is an ethics nightmare. Granted, the GCPD isn’t known for their ethics in the first place.

The Questions: Why do Butch and Penguin think they need money for Hugo Strange? Why don’t they just kidnap him and force him to perform the procedure? That’s what Fish Mooney did in season three.

How insane was Jeremiah before the gas hit him? Was he telling the truth about only having cosmetic effects? I dig the ambiguity of this because it retains the classic “multiple choice” origin for the Joker.

Favorite Moment: Is there any doubt? The prisoner who thought he was being freed by Riddler and then Penguin only to be disappointed both times.

Overall: It’s hard for a prequel to keep you guessing. A well-done episode with a good twist.