Gotham Season 4 Coming to Blu-Ray and DVD this August 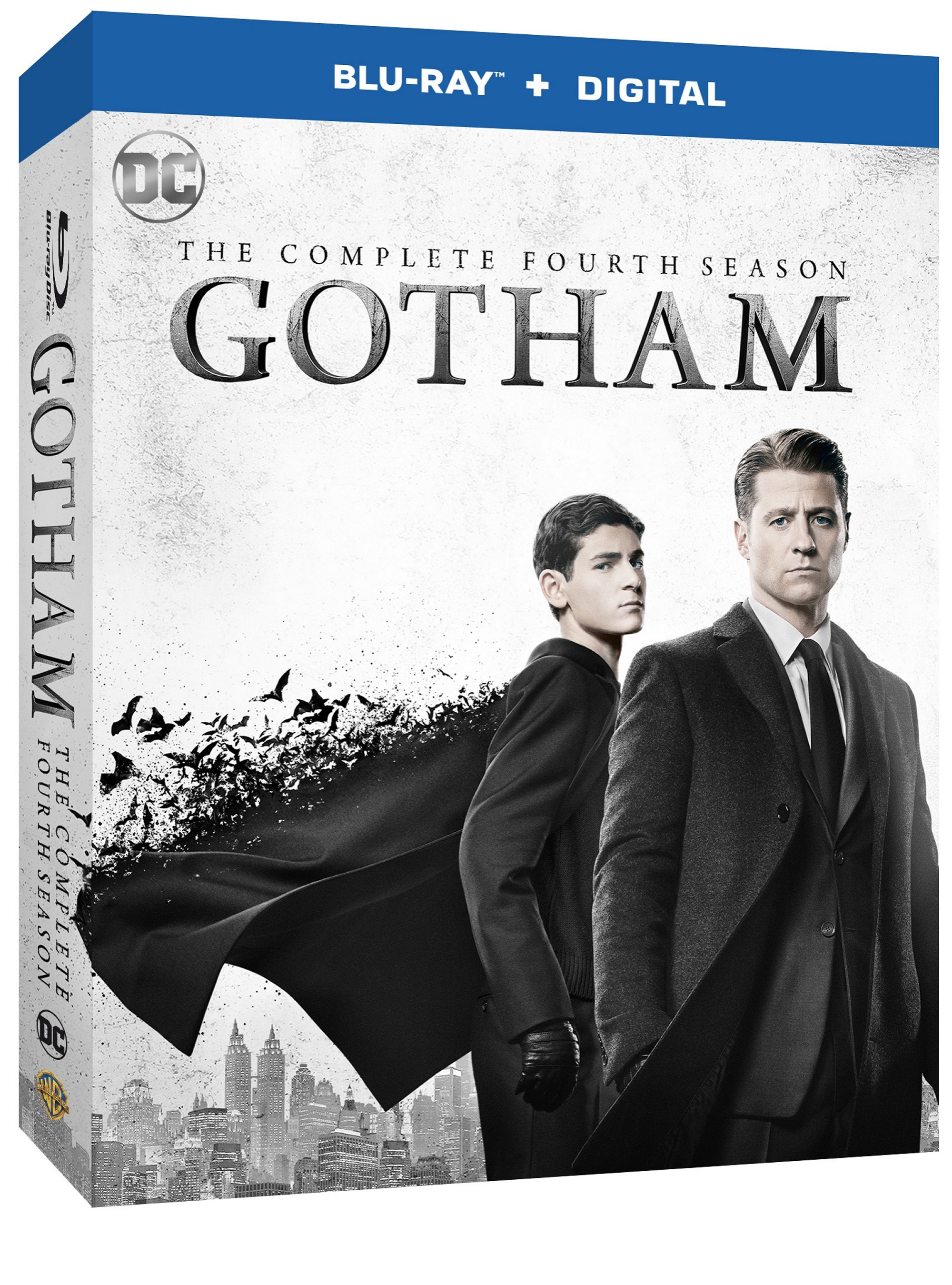 Gotham recently wrapped up its fourth season and if you missed out on watching it live, you’re in luck as the complete season is coming to Blu-Ray and DVD on August 21. From the official press release:

Horror fills the streets as season four of Gotham witnesses the emergence of the criminal landscape for which Gotham City is best known while Bruce Wayne begins the path to vigilantism, showing signs of the caped crusader to come. Gotham City Police Department Captain Jim Gordon and Detective Harvey Bullock remain at the forefront of the fight against the most depraved and unhinged villains from Penguin to The Riddler and numerous others in between. Detective Gordon also finds himself fighting personal demons like never before.

Along with all 22 episodes, the collection will include the following special features:

If you want to own the show but don’t have the space for physical media, the season is available digitally through Amazon Prime Video, iTunes, PlayStation, Vudu, Xbox, and others. The Blu-Ray version of the release will include a digital copy of the season as well.

With the upcoming fifth season concluding the series, now would be the best time to catch up on the sometimes bonkers take on the origin of Batman and his villains. You can pre-order your copy on Amazon now.