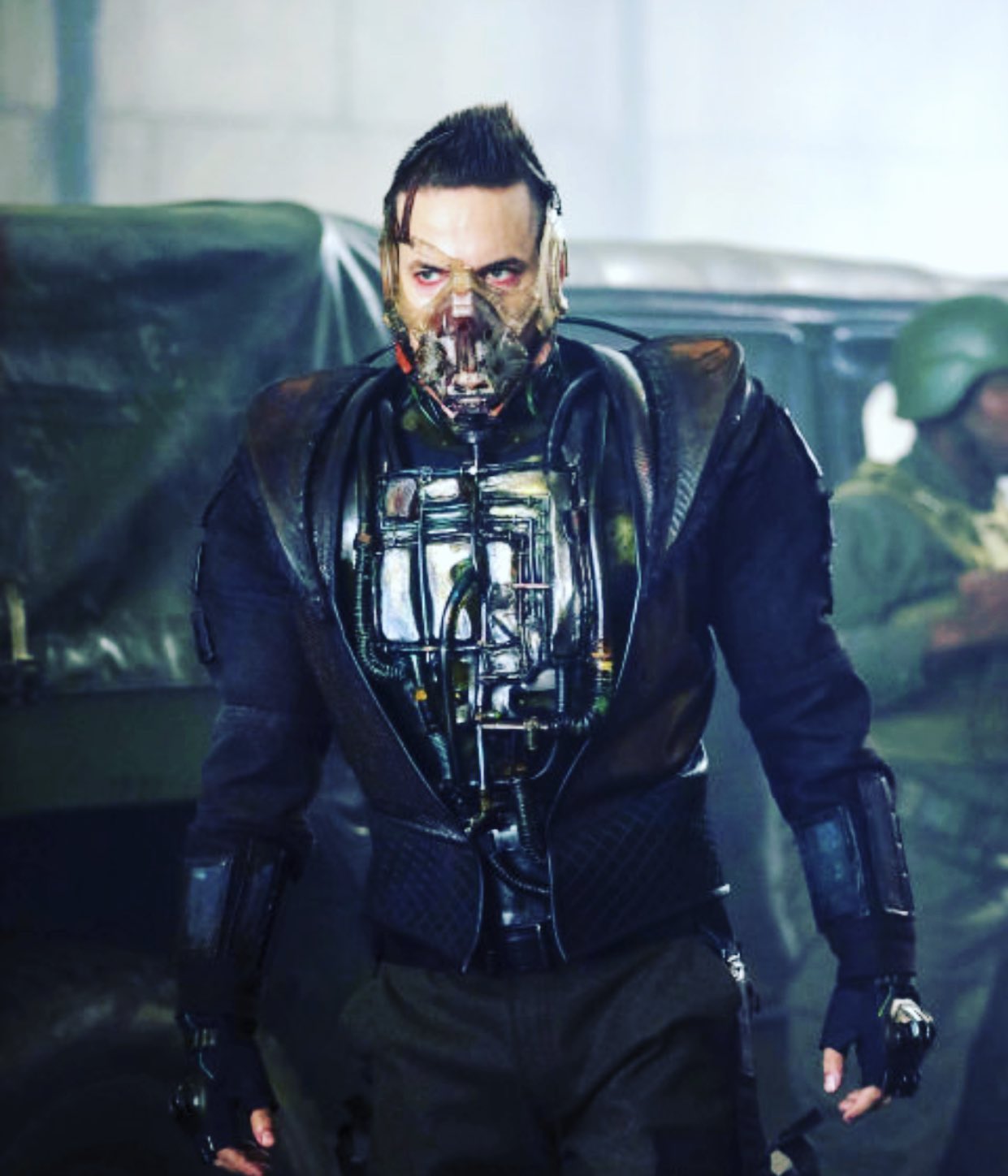 Shane West was confirmed as the villain Bane for Gotham’s fifth and final season. A first look at the show’s spin on the iconic costume has been released by writer/producer Tze Chun. The costume features Bane’s familiar face mask and sports a few extra layers than the of The Dark Knight Rises version of the character.

In Gotham, Bane will play a critical role in bringing the ‘No Man’s Land’ arc full circle as a former military friend of Commissioner Jim Gordon.

With Gotham on the brink of total anarchy and cut off from the outside world, only Jim Gordon, Bruce Wayne and a handful of heroes remain behind to retake the city. Inspired by the “No Man’s Land” arc from the comics, villains including Penguin, the Riddler, the Sirens and Jeremiah have taken claim on various regions of the city. Will order be restored, or will chaos reign in Gotham?

Bane gained infamy as the member of the Batman rogues gallery to “break the bat” but breaking Batman’s back in the comics. Sean Pertwee, who plays Alfred in the show, has hinted that it will be his character to take the shattering blow in Gotham’s timeline- a rumor that has yet to be confirmed.

The final season is scheduled to air in 2019.

UPDATE: It looks like a more official image has been released by Entertainment Weekly featuring a little bit more detail. Be sure to let us know what you think of the costume below.