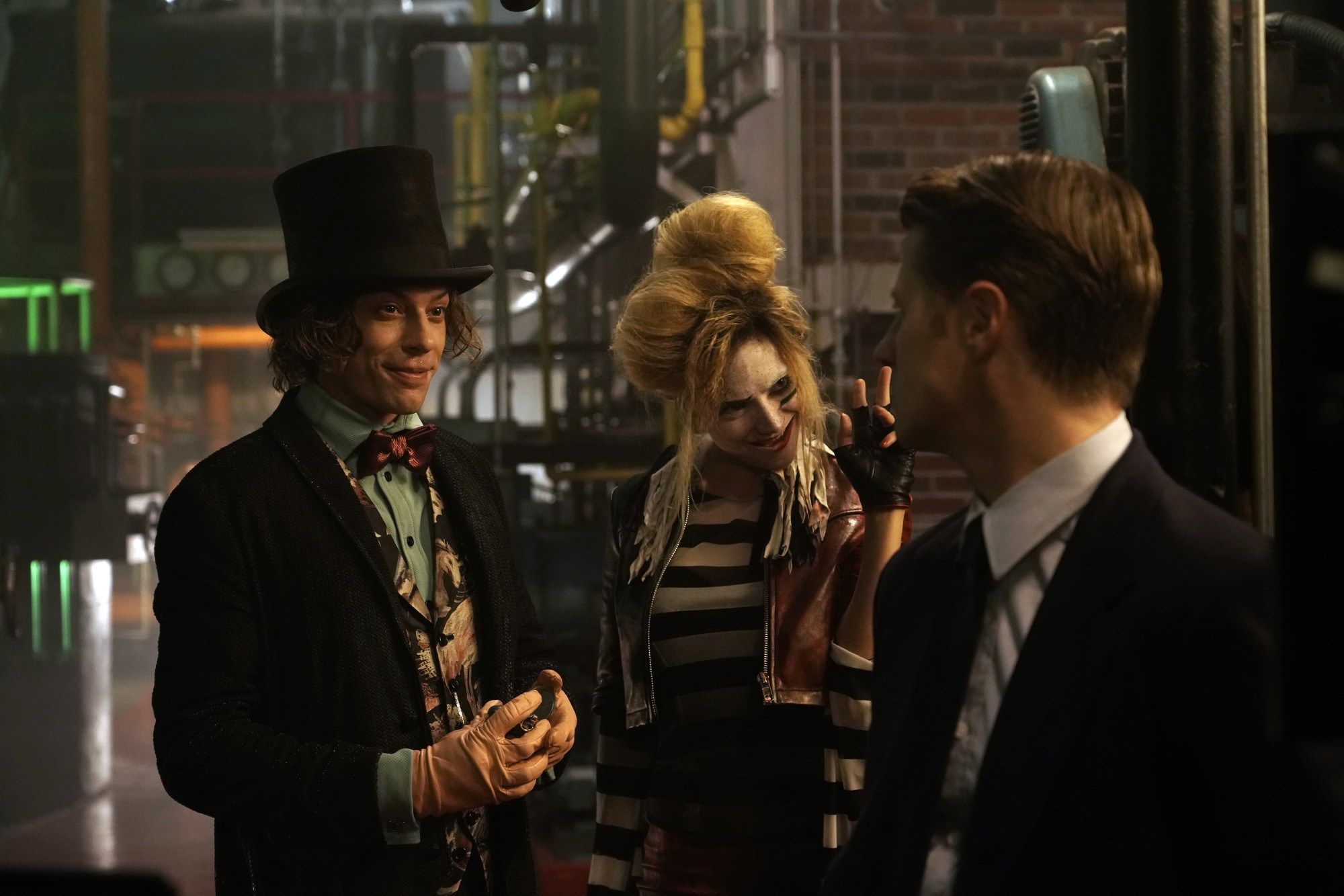 The seventh episode of the fifth season of Gotham airs tonight at 8PM ET/PT on Fox with “Ace Chemicals”. Fox has released a number of screens and videos to promote tonight’s episode.

Synopsis: Gordon races to uncover the criminal element threatening to end talks of Gotham’s reunification with the mainland. A very much alive Jeremiah (guest star Cameron Monaghan) returns and organizes a twisted recreation of the murder of Bruce’s parents with the help of Jervis Tetch aka Mad Hatter (guest star Benedict Samuel).