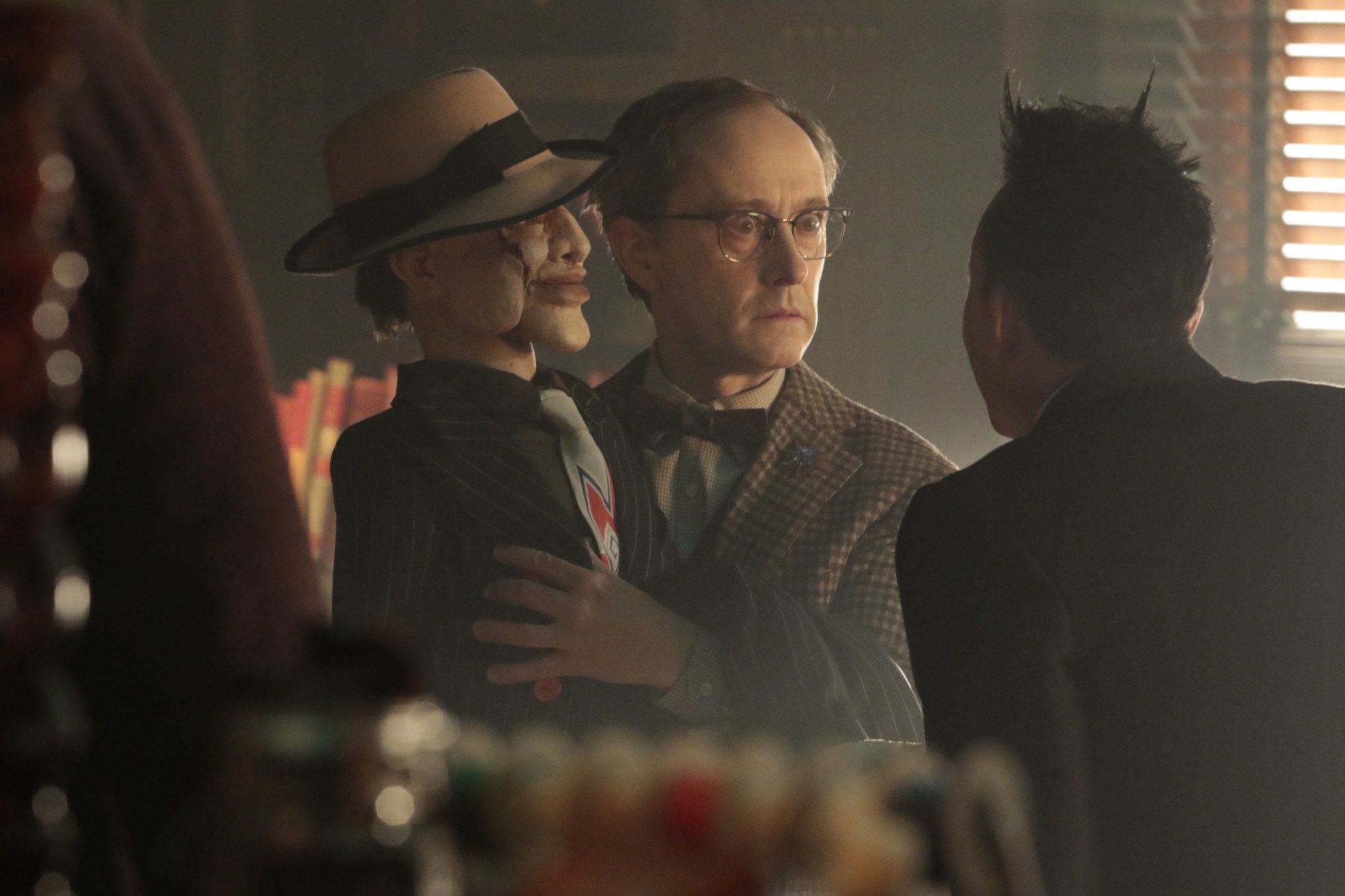 The eighth episode of the fifth season of Gotham airs tonight at 8PM ET/PT on Fox with “Nothing’s Shocking”. Fox has released a number of screens and videos to promote tonight’s episode.

Synopsis: Bullock’s past comes back to haunt him when he and Gordon investigate two murders at Sirens. Meanwhile, Bruce and Alfred explore the tunnels beneath the city, and Penguin and Nygma’s plans to escape are thwarted by the least likely of suspects.