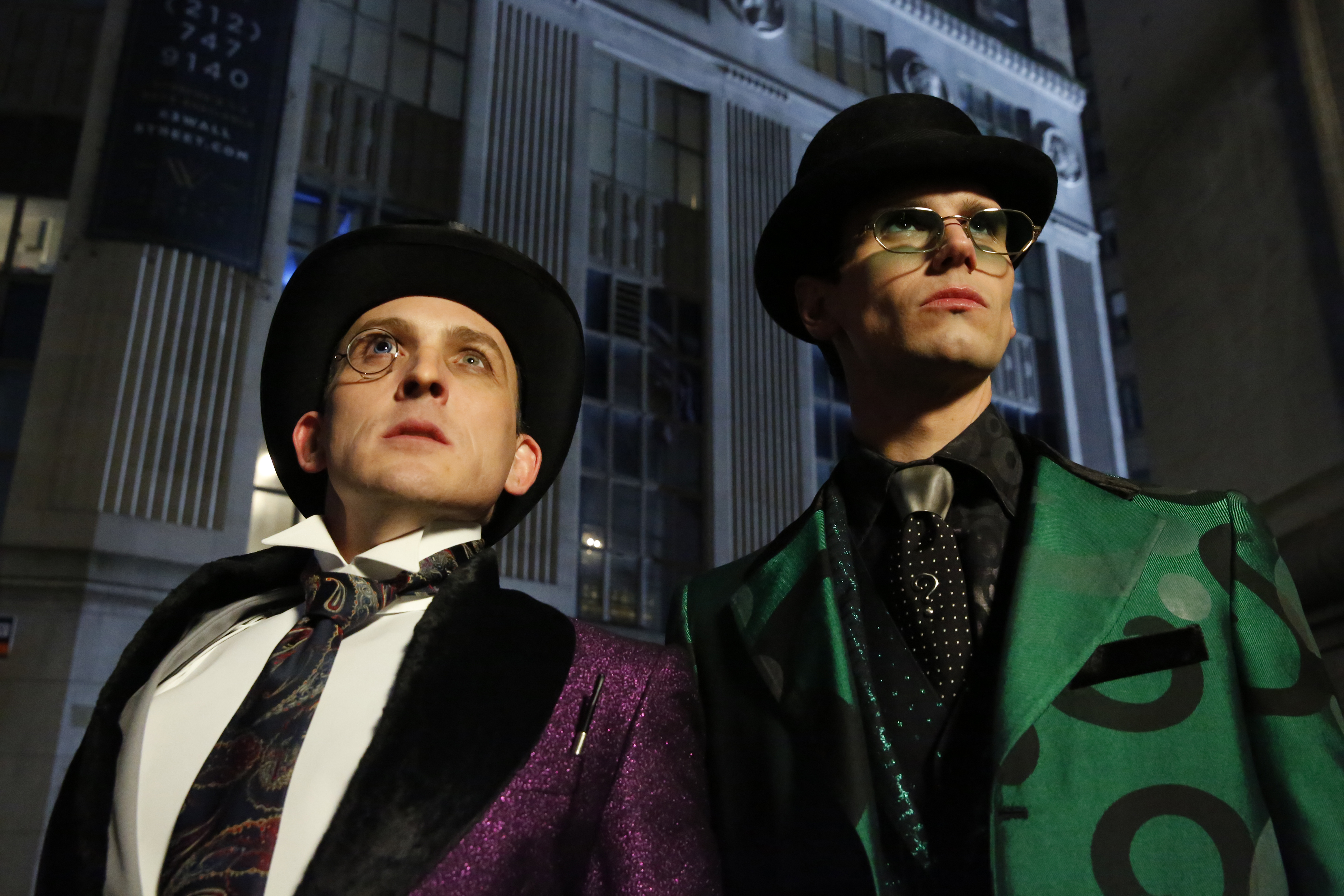 The twelfth and final episode of the fifth season of Gotham airs tonight at 8PM ET/PT on Fox with “The Beginning…”. Fox has released a number of screens and videos to promote tonight’s episode.

Synopsis: The series flash-forwards 10 years into the future, as Bruce is set to return to Gotham for the opening of the new Wayne Tower. A series of crimes leads Gordon to believe Penguin and The Riddler are up to their old tricks. However, when Bullock is framed for a murder, Gordon begins to piece together an even more sinister plot targeting the city, and a new figure emerges from the shadows to be the hero Gotham desperately needs.