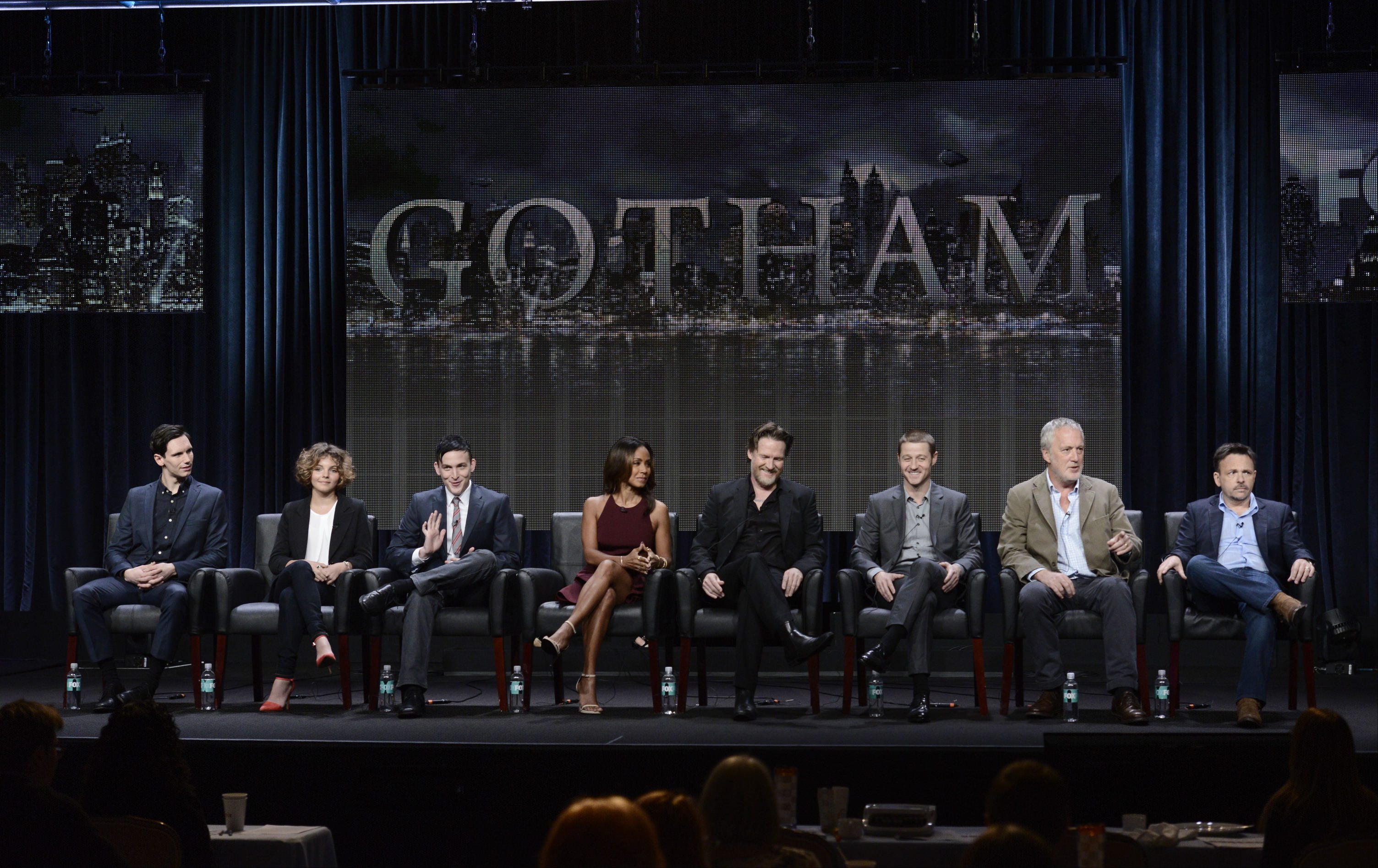 Gotham was present at Fox's 2014 Television Critics Association’s summer press tour yesterday and there is news flooding in from every corner of the internet.  A number of interviews have taken place with showrunner Bruno Heller. Here is a recap of some of the higlights:

IGN: The previous rumor of them having a Joker in every episode is a little extreme, but they do want to tease at the idea of Joker. When asked about why Poison Ivy's name is Ivy Pepper and not Pamela Isley, Heller hinted at the fact the character is an orphan and that here name may change over the course of the series.

The Hollywood Reporter: The show is not about superheroes, but rather the people that have to deal with the villains that are in Gotham. Gotham is the hero of the show. Gotham is more an origin story for James Gordon than anyone else. Heller has constant converstations with Geoff Johns on how to bring in other characters and Johns may write a few episodes for teh show as well.

Zap2It: One of the main focuses on the villains is with the Penguin. While we will see how the character moves towards being who we know, there are also plenty of other villains that they will focus on in season one as well.

IGN: Harvey Dent will be older in the show and closer to the age of James Gordon. This is because they are not trying to do a high school drama. Hugo Strange will also be brought in during season one and how he is involved in the creation of Arkham Asylum. Executive producer Danny Cannon mentioned that we may learn how Mr. Freeze becomes involved with cryogenics.

LA Times: The feel of the show comes from 1970's New York City, but just because the clothes and cars look older doesn't mean we are not present time. Current technology exists and the show is not meant to be a period piece.