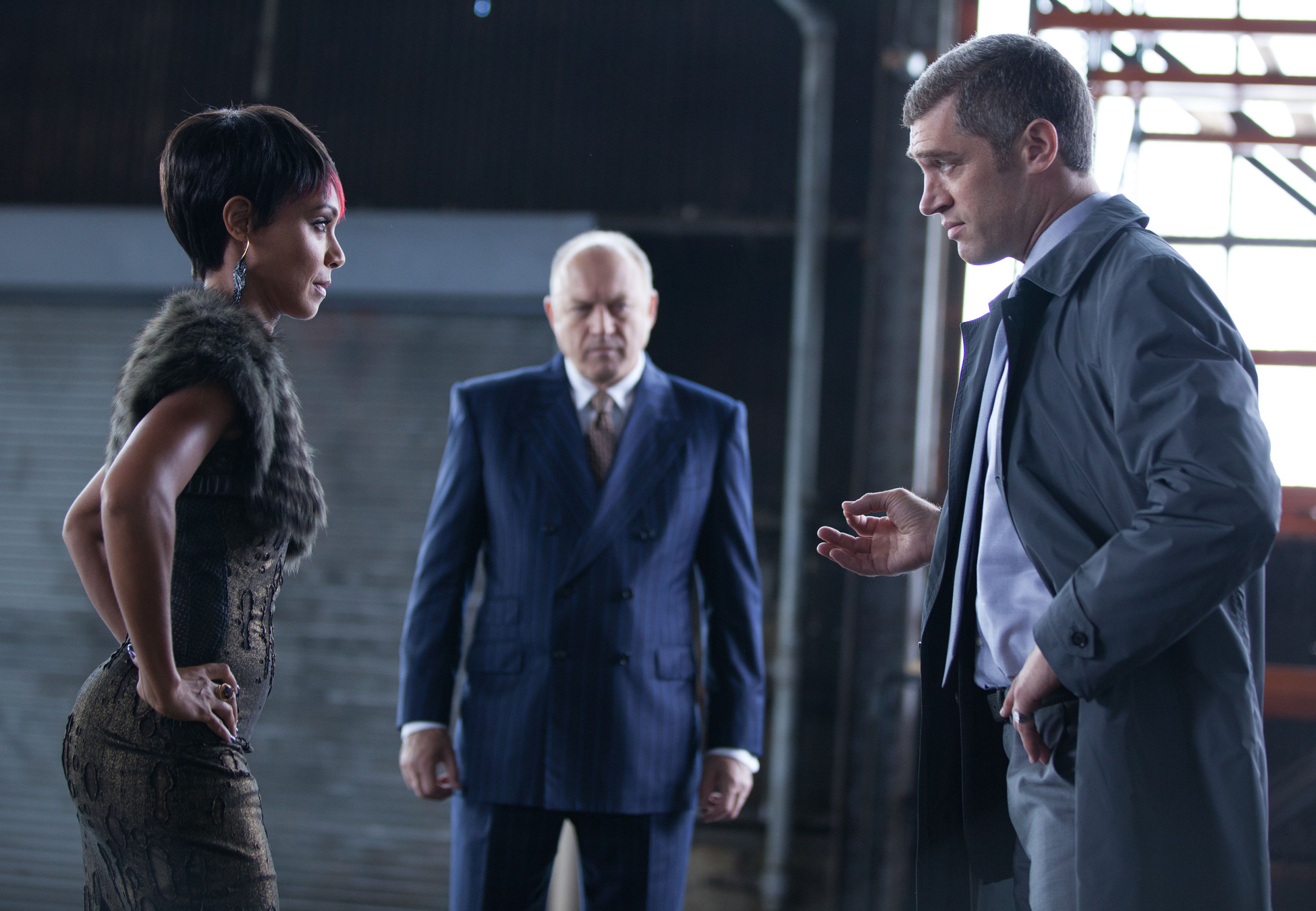 The fifth episode of Gotham sees Bruce Wayne continue his investigation of the Arkham project and how it relates to the death of his parents. Alfred tries to dissuade his growing interest in the matter, but the future-Caped-Crusader tells him, “I don’t want revenge. I want to understand how it all works—how Gotham works.” Bruce even asks to speaks with the board of Wayne Enterprises to ask them questions about irregularities he found in their records.

Meanwhile, a new drug has hit the streets of Gotham. The drug, called “Viper”, along with getting the user high, gives the user super strength. However, as this happens, the body uses up tremendous amounts of calcium, causing the user to crave milk and cheese. The user is unable to keep up with the high demand of calcium, and eventually their bones collapse, causing them to die of suffocation.

The drug can only be made in a highly sophisticated lab, leading the detectives Bullock and Gordon to investigate a company called Welzyn, a subsidiary of Wayne Enterprises. A former Welzyn employee, Stan Potolsky (Daniel London), becomes the main suspect.

Elsewhere in Gotham, Fish Mooney is continuing to plot against her boss, Carmine Falcone. In this episode, she is seen training her new weapon, Liza, in the art of seduction. She is also plotting with Nikolai (Jeremy Davidson), an Italian member of the Falcone crime family. Both believe that it is time for Falcone to be done leading Gotham’s organized crime.

Furthermore, Oswald Cobblepot continues climbing the ladder. Maroni, still intent on retaliation for his restaurant getting robbed, decides to rob Falcone’s casino. Cobblepot reveals to Maroni his past with Fish Mooney and Falcone. After beating up Cobblepot and kidnapping Gordon to corroborate his story, Maroni believes him and listens to his plan to get into the casino via access tunnels. He likes Cobblepot’s plan and tells him that “Penguin” is a good nickname.

There are two questionable decisions made by the writers in “Viper.” Firstly, following last week’s breakup of Jim Gordon and Barbara Kean, one would expect there to be some follow-up this week. Yet, there is no mention of what happened, not even a simple shot of Gordon looking longingly at a picture of her or something of that nature. It is hard to believe a man can suffer the loss of his fiancé and not show some kind of emotion. There is also the issue of how the writers are trying to get as many familiar characters in the show as possible. In the process of doing this, they are misusing characters. There are too many characters in this show, and it is impossible to use each of them properly every week. The most notable example of this is Edward Nygma. There is no justifiable reason for making him a lab tech. We have only seen one riddle from him, and the only other indication from him about his future is this week when Nygma is eerily fascinated by the effects of Viper. However, no one at GCPD notices; not one person says that he should not be so enthralled. The other big example of trying too hard to use notable characters is Selina Kyle. She makes a brief appearance in “Viper”, but adds nothing to the plot. Furthermore, the addition of her as a witness to the Wayne murder is unnecessary and has yet to be justified. The creative team has placed too many passengers on their ship, and it is about to capsize.

“Viper” does have its bright spots, however. We continue to see Bruce Wayne develop his talents as a detective. This episode really displays the fact that Bruce has a natural ability for detective work. Furthermore, Oswald Cobblepot also has another great episode. Robin Lord Taylor once again performs well, and the subplot his character is weaving gets more interesting every week.

Gotham has enjoyed initial success and high ratings, but there is cause for concern. One main issue is the hype the show built up prior to its premier. FOX has invested heavily in promoting this show. As a result, this show has high expectations. This hype has set up the show for failure. This week’s episode and last week’s episode were not bad episodes, but were disappointing episodes. With any other crime show, episodes like these two would be acceptable and praised, but because of the hype for this show, these episodes feel like a letdown.