Review: Gotham: Spirit of the Goat 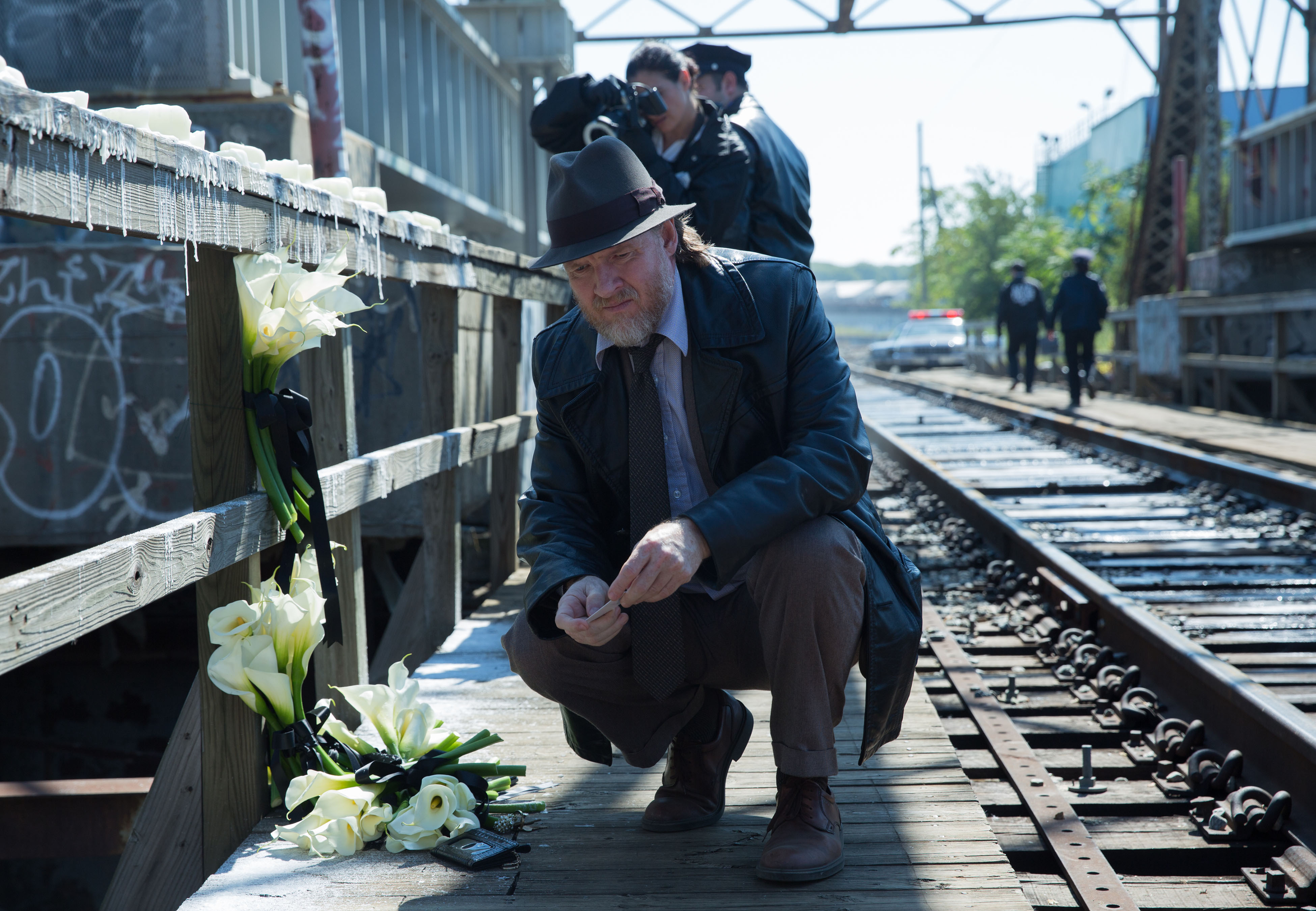 “The Spirit of the Goat” opens with a flashback to ten years ago. A serial killer, claiming the identity of “the spirit of the goat”, has been targeting the first born child of Gotham City’s richest citizens. On the night the killer was finally caught, Detective Harvey Bullock charged into the scene of the killer’s final murder, to hopefully save her before she died. He did so against the advice of his partner Detective Dix (Dan Hedaya), who warned him of Gotham’s Golden Rule: “No heroes.” The altercation resulted in not only the apprehension of the killer, but also a career-ending injury for Detective Dix.

In present day Gotham, Bullock and Jim Gordon are assigned to a case that has the same modus operandi as the killer from ten years ago. Even a detail of the crime Bullock and Dix hid from the media and the official case file was copied. This leads Detective Dix, whom the detectives visited to ensure he never told anyone about the detail, to conclude that the killer from ten years was not working alone. Their initial instinct is that the killer knew the victim. Following that instinct, they interview the deceased girl’s parents. The interview is difficult to conduct, due to the parents’ intense grief. Their family therapist, Dr. Marks (Susan Misner), advises against proceeding with the interview until they are in a better state. Further deduction and another victim lead to the conclusion that the killer had a key to the now multiple victims’ residences. The detectives compile a list of possible perpetrators, a list so large only Edward Nygma, who showcases his unique intellectual prowess in this episode, can sift through it and find the right suspect.

This episode skillfully develops Harvey Bullock’s backstory. In the flashback, Bullock is seen as the gung-ho, do-gooder, but Detective Dix is the hardened, cynical veteran. This episode demonstrates that Bullock, at one point, cared about doing the right thing and put all his effort into solving his cases. It is also evident that when Bullock applies himself he can be an excellent detective. His years of service have made him hardened and cynical.

Furthermore, this episode presents a more concentrated story, as opposed to having many side plots, weaving through the episode. The mini side plots that do appear in the episode distract from the main story of the episode, however.

In this episode, Oswald Cobblepot visits his mother to let her know he is still alive. Nygma attempts to flirt with a woman with the unusual name of Kristen Kringle, but ends up pushing her away when he attempts to reorganize her filing system. There is a short scene that features Selina Kyle sneaking into Wayne Manor and stealing an item. Finally, the investigation into Oswald Cobblepot’s alleged murder continues. Montoya and Allen find a witness who says Gordon killed Cobblepot, and a warrant is issued for Jim Gordon’s arrest. All of this occurs while Gordon is talking with his fiancé Barbara Kean about their problems and is attempting to patch them up. These scenes add nothing to the plot. There may have been a proper placing for these stories within this series, but that place is not in this episode.

While trying to establish a crime-of-the-week format, this show has doomed its chance of working all of these side plots into the show. Other crime shows can get away with one or two side plots arching through their episodes, but never this many side plots. There are too many characters in this show, and centering the show around Jim Gordon is not working. In order to make the show work and tell the stories the writers want to tell, the writers must ditch the crime-of-the-week format. The current strategy has forced the writers to introduce creative plot points for their character one episode, but then not follow up on them in the following episode, creating gaps in the story.

The writers deserve credit for incorporating all of these characters into the show and developing them the way the have, but what little time per episode they have to devote to the side plots is not adequate for what they are trying to do. This issue is frustrating because the writers are telling unique and interesting stories about the crimes that Bullock and Gordon investigate and about the major criminals that operate in Gotham City. However, they cannot both be included in each episode. One must go away for the sake of the other.