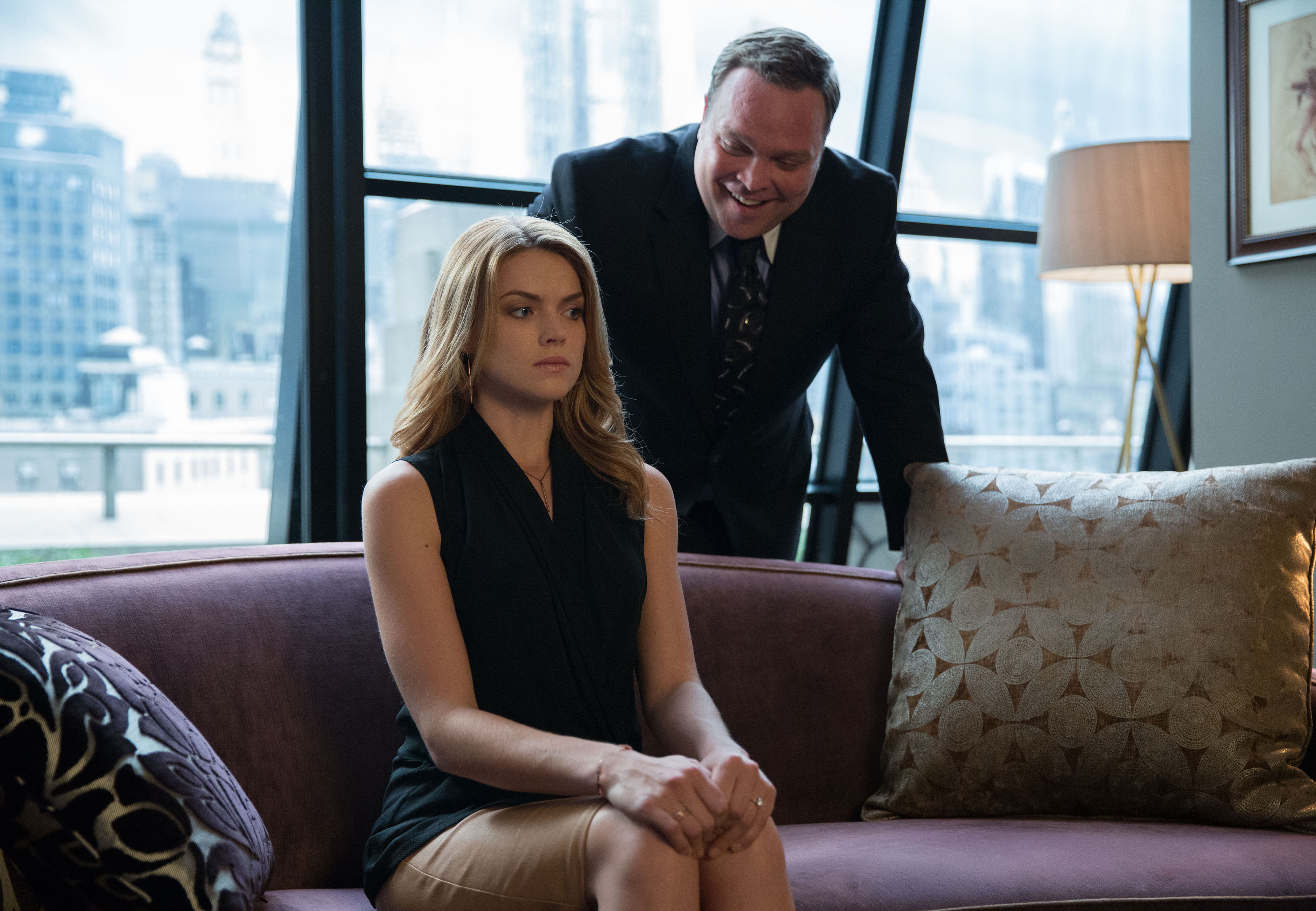 “Penguin’s Umbrella” picks up right where last week’s episode left off. Jim Gordon is under arrest for the murder of Oswald Cobblepot, but as they are dragging Gordon away, Cobblepot enters the room, declaring to the world he is still alive.

This incident incites pandemonium in Gotham City. Harvey Bullock almost kills Gordon out of anger. Fish Mooney’s henchmen threaten Barbara Kean in order to get to Gordon, who shows up and subdues both men to free Barbara. Gordon makes sure Barbara gets out of town and assures her he will join her soon. She protests, but he convinces her she needs to go. After Barbara is gone, Gordon goes back to work and begins preparations to arrest the mayor and Carmine Falcone on charges of conspiracy and perversion of justice with regards to the Wayne murders. Fish Mooney and Nikolai urge Falcone to kill both Gordon and Cobblepot. He refuses, not wanting to incite a gang war. Falcone sends Victor Zsasz (Anthony Carrigan) to the precinct to bring Gordon to him. A fight ensues. Gordon is shot multiple times, but he manages to get away when Detectives Montoya and Allen arrive to bring him to a safe place. He awakes in the dissection lab at the university, where he is being attended to by a doctor (Mekia Cox).

Meanwhile, the major players in Gotham work feverishly to advance their respective plans. Gordon works with Montoya and Allen to make sure the Wayne case has honest cops looking into it if anything happens to him. An enlightened Harvey Bullock joins Gordon’s plan to make arrests. Fish and Nikolai continue to work towards overthrowing Falcone. Maroni and Falcone make assaults on each other’s operations. Lastly, Penguin continues to march to the beat of his own drum.

This episode is the best one so far. In this episode, it is revealed what the writers have been building towards all season long. The long and winding road that lead the show to this point continues. The pace quickens, and the twists happen more frequently. The creative team proves that there is method to their madness. They have earned the audience’s trust back after several mediocre episodes.

However, an episode like this at this stage of the game does bring up two concerns. The pacing to get to this point was fast and intriguing during some episodes and far too slow and nonexistent during others. Moreover, there is concern over what will happen next. How do the writers follow this up? This episode has the feel of a season finale. What will the season finale be? Yet, the writers show they have a plan, and the audience should have faith in them.

Another concern in this episode is Victor Zsasz. He is introduced as muscle for Carmine Falcone, as opposed to the serial killer he is in the comics. There is, however, a slight acknowledgement that he may one day grow into the serial killer we all know him to be. After killing a cop in the struggle to get Gordon, he rolls up his shirt sleeve to add a twenty-eighth tally mark in his skin to indicate the number of individuals he has killed. This move shows a personality trait that may take over his life and turn him into a psychotic killer.

Despite the excellent plot twists and the worries about the pace and Victor Zsasz, the true defining element of this episode is the way the character of Oswald Cobblepot is being developed. Not much can be said without giving away spoilers for this episode, but the writers have shown that, even though Penguin has already pulled some shocking moves, the best for him is yet to come. The tangled web of a story they are weaving for him is enthralling. Furthermore, Robin Lord Taylor is taking what the writers are giving him and is doing wonders with it. His portrayal of the Penguin is unique and a pleasure to watch. Taylor is a star in the making.

“Penguin’s Umbrella” is a giant leap forward for this series. If the creative team can successfully follow up this episode, this will be an excellent show for years to come.