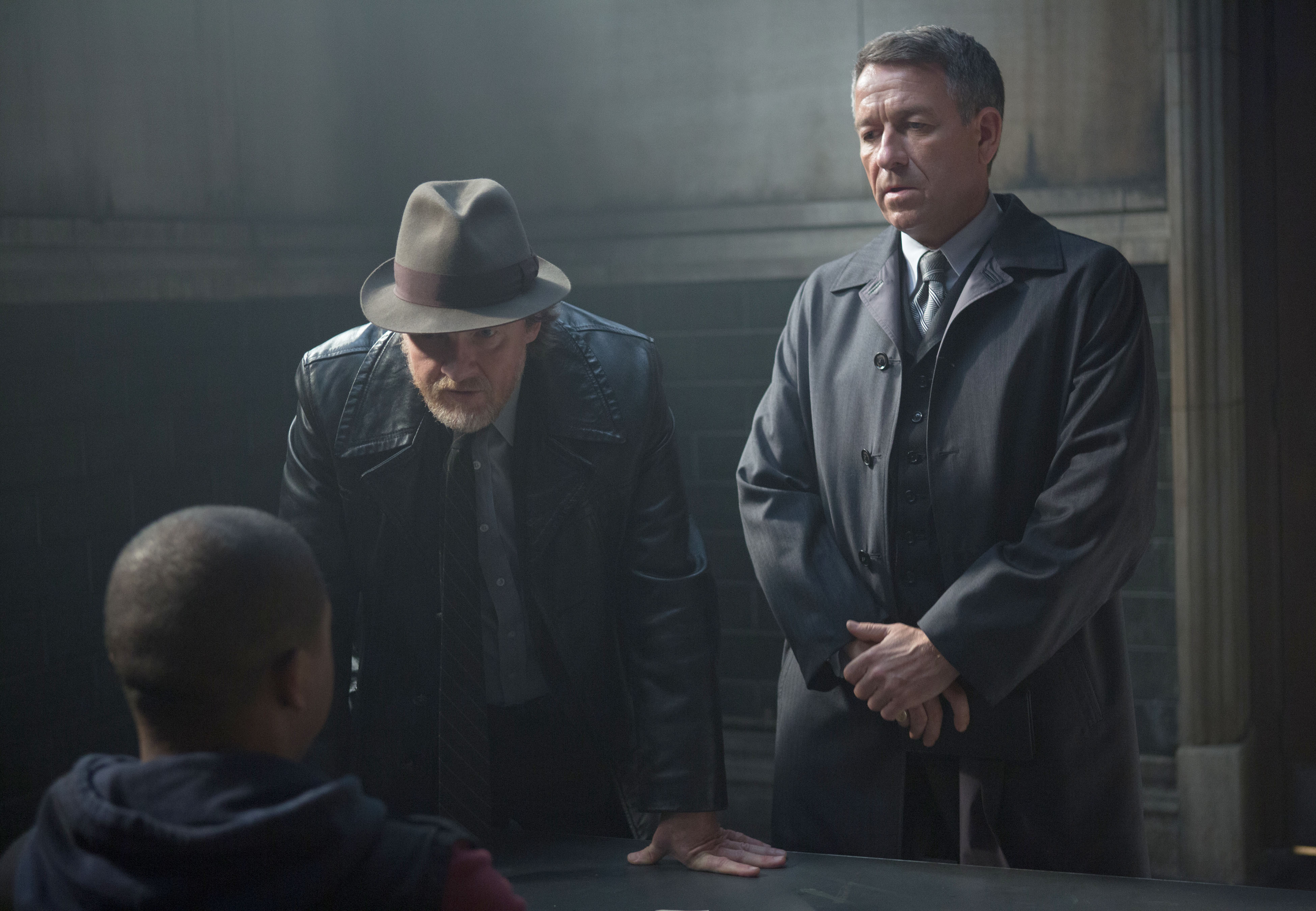 “Lovecraft” opens with Wayne Manor coming under siege. Hired killers arrive to murder Selina Kyle. Following Alfred’s instructions, Bruce Wayne and Selina Kyle run away from the mansion while Alfred remains behind to fight the killers. Bruce is reluctant to run away, fearing for Alfred’s safety, but he eventually follows after Selina. They travel all the way into the city, where Selina helps him blend in among the street kids.

The GCPD arrives at Wayne Manor, and Harvey Bullock finds out Gordon is still investigating the Wayne murder. He is initially angry, but does eventually agree to help find the youngsters. To find a lead, Gordon goes to talk with Harvey Dent, and Bullock goes off to work on his usual informants. Alfred insists upon working with Bullock to find the kids.

Dent gives Bruce the address of a secret condo owned by Lovecraft. Once there, he discovers Lovecraft has also been on the run from the killers. Before Lovecraft can give Gordon information about the Wayne murder, the killers arrive, and Lovecraft is killed with Gordon’s gun.

With some financial coaxing from Alfred, one of Bullock’s informants is able to point them to Fish Mooney for information about Selina Kyle’s whereabouts. Alfred strong-arms Fish and Gilzean to find out who Selina’s “Fence” is.

Meanwhile, Falcone is upset after his secret stash of money at the armory is stolen and blown up. He interrogates Oswald Cobblepot, accusing him of giving the location of the money to Maroni. Cobblepot insists Maroni had nothing to do with it and tells Falcone he has a mole. Falcone finds it hard to believe him, but Cobblepot assures him that there is a mole and that he will find the culprit.

This episode continues to explore the relationship between Bruce Wayne and Selina Kyle. The writers do great work displaying how manipulative Selina is and how she teaches Bruce how to think and act on the streets. The creative team has wisely recognized that a rich, young millionaire would not normally possess the street smarts necessary to become a vigilante and has taken steps to explain how that came to be.

Alfred’s affection for the young Bruce Wayne is explored in this episode, as well. His desperation during the hunt and relief following their reunion was fantastic work by Sean Pertwee. The writers also wrote some excellent “Classic Alfred” lines for the butler to utter in this episode.

Similar to last week, Robin Lord Taylor has little screen time in this week’s episode. Fans could be selfish and complain about the lack of Penguin, but the real problem lies with the mob scenes as a whole. The scenes depicting Falcone’s efforts to control his crime family moved at a slow pace and clashed with the fast-paced scenes about the efforts to protect Selina Kyle and Bruce Wayne.

This episode begins with promise, but it does not follow through. The fast-paced story lacks firepower. There needs to be less focus on the Falcone/Cobblepot storyline and more time dedicated to building suspense. The plot moves quickly, but does not keep the audience on the edge of their seat. Overall, it is a lackluster episode and not worthy to be a fall finale.