Review: Gotham: What the Little Bird Told Him 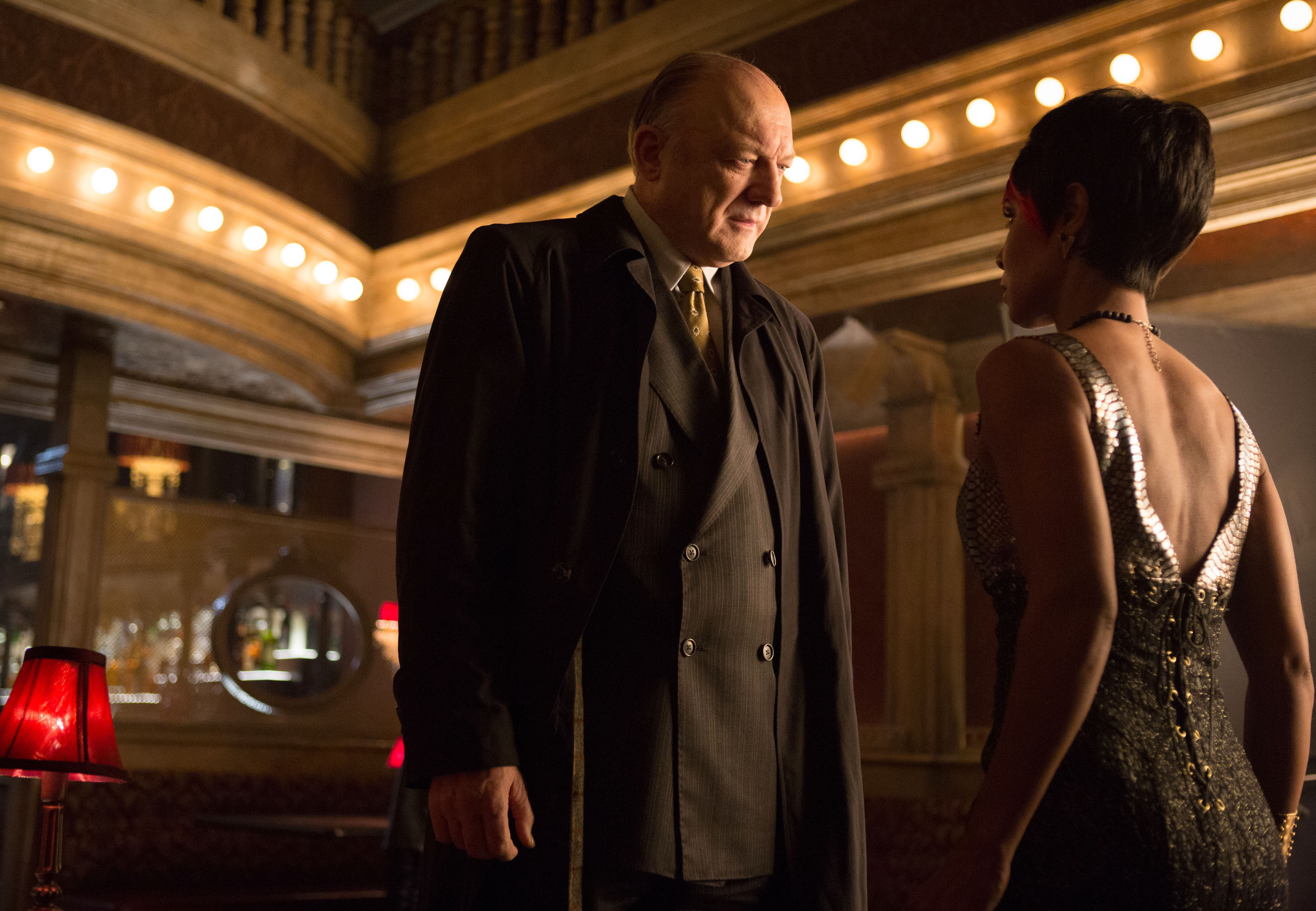 Following the events of “Rogue’s Gallery”, Jack Gruber (Christopher Heyerdahl) is on the loose. The highly electrified former Arkham inmate attacks a man named Irwin, the first of his old associates to be attacked.

At the GCPD, Jim Gordon returns and strong arms his way back into active duty. Commissioner Loeb (Peter Scolari) gives Gordon and Bullock 24 hours to bring in the Electrocutioner or he will assign both of them to Arkham for the rest of their careers.

Meanwhile, Fish Mooney decides it is time to make her move on Don Falcone. Her plan is to kidnap Liza and use her to leverage Falcone. After discovering Liza has been kidnapped, Falcone summons the Penguin. Despite being in the middle of eating with Maroni, the Penguin elects to rush off to Falcone’s aid. He lies to Maroni about his mother being ill, but before he can leave, the Electrocutioner strikes Maroni’s place. Following the attack, Maroni, the Penguin, and Maroni’s men are taken to the GCPD to be used as bait for the Electrocutioner. The Penguin, still in shock from the attack, lets it slip that he has urgent business with Falcone.

This episode is the first episode that appropriately balances the activities of Jim Gordon and the GCPD with the activities of the Gotham underworld. The plot is split evenly between both sides, and the amount of intrigue is the same on both sides. It is a tremendous relief to finally see a well-balanced episode. This alone makes this episode one of the best of the series thus far.

However, Gotham would not be Gotham without some disappointing subplots. There are two very brief plot lines in this episode that are completely unnecessary. The first deals with the drama surrounding Jim Gordon and Barbara Kean. There are two scenes relating to this side plot that is, quite frankly, growing old. The first scene features Barbara seeking refuge at her parent’s house. Her relationship with her parents is strained. They barely say anything to her, and she lies about her struggles with Jim. Apart from being out of place in this episode, it was a strange scene to watch. The other scene shows Gordon kissing Dr. Leslie Thompkins. The second spare side plot is the return to Nygma’s flirtation with Miss Kringle. Their story ends with Nygma realizing he has no chance with her. Both of these stories, despite the first being slightly reminiscent of Batman: Year One, are simply unnecessary and distract from an otherwise solid episode. They are performed well by the actors, but they do not belong in this episode. These are not so distracting as to completely tarnish the episode. Overall, it is a highly enjoyable episode.