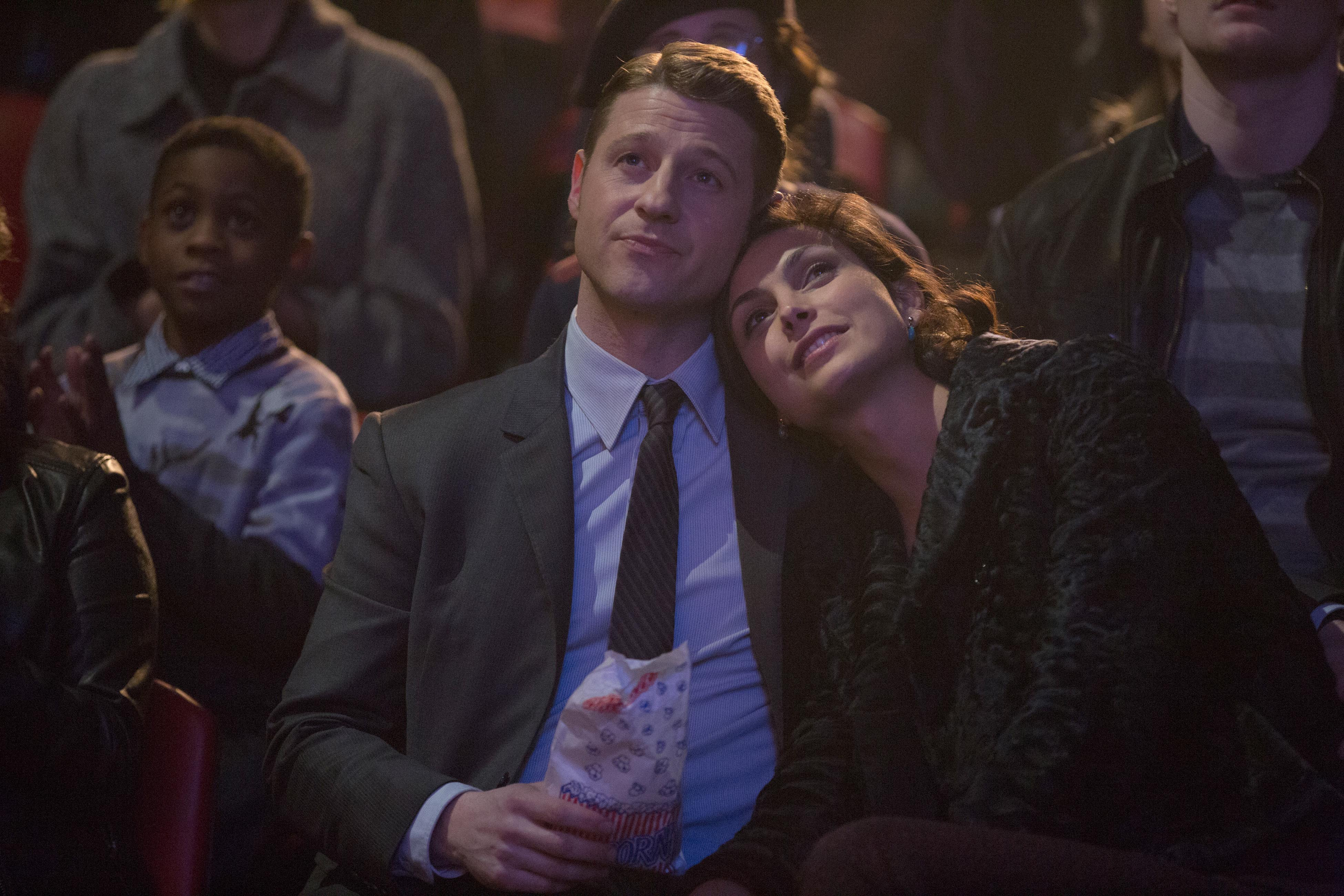 “The Blind Fortune Teller” centers on the GCPD’s investigation of a fight at Haly’s Circus. The clowns attacked the acrobats, reigniting a decades old feud between circus families, the Lloyds and the Graysons. The rift causes particular trouble for John Grayson (Robert Gorrie) and Mary Lloyd (Abbi Snee), two members of the circus caught in a Romeo-and-Juliet-like romance. Their relationship is put to the test when the family feud resurfaced.

While Gordon struggles to get answers, Dr. Thompkins discovers the brawl happened because of a woman named Lila. When Gordon goes to speak to her, they discover her body. The circus is hauled down to the station and interviews begin. After all are interviewed, including Lila’s son Jerome (Cameron Monaghan), Gordon sends everyone back to the circus. As they are leaving, a blind fortune teller tells Gordon he has a message Lila sent him from the other side. Dr. Thompkins takes him more seriously than Gordon, and his riddle leads to the discovery of the murder weapon. This leads Gordon to suspect something unusual.

Meanwhile, elsewhere in Gotham, Fish Mooney begins negotiations with the underground prison handlers for better living conditions and rallying her fellow inmates behind her vision. The Penguin struggles to operate the club efficiently. Barbara Kean returns home to discover Ivy Pepper and Selina Kyle living in her apartment. And, Bruce Wayne confronts Wayne Enterprise’s board.

There are some minor issues with this episode, like Barbara Kean being completely OK with two homeless girls living in her apartment or the questionable development of certain side plots. But, all of these issues are overshadowed by Lila’s son Jerome.

The episode’s star clearly is Cameron Monaghan. The 21-year old actor shines in this episode. His seamless transition from a grieving child to something far more sinister is chilling. He also has an excellent laugh for the part.

This, however, brings up an interesting debate. Is it the right time to introduce the early version of the Joker? An even better question is: Should they have introduced a Joker character at all? One of the most interesting things about the Joker is his lack of a backstory. He is given a backstory in The Killing Joke, but even then it is called into question when the Joker says he prefers his origin story “to be multiple choice.”

Regardless of whether or not it was right to introduce the character, Monaghan’s performance alone elevates this episode to one of high quality.