Review: Gotham: Everyone has a Cobblepot 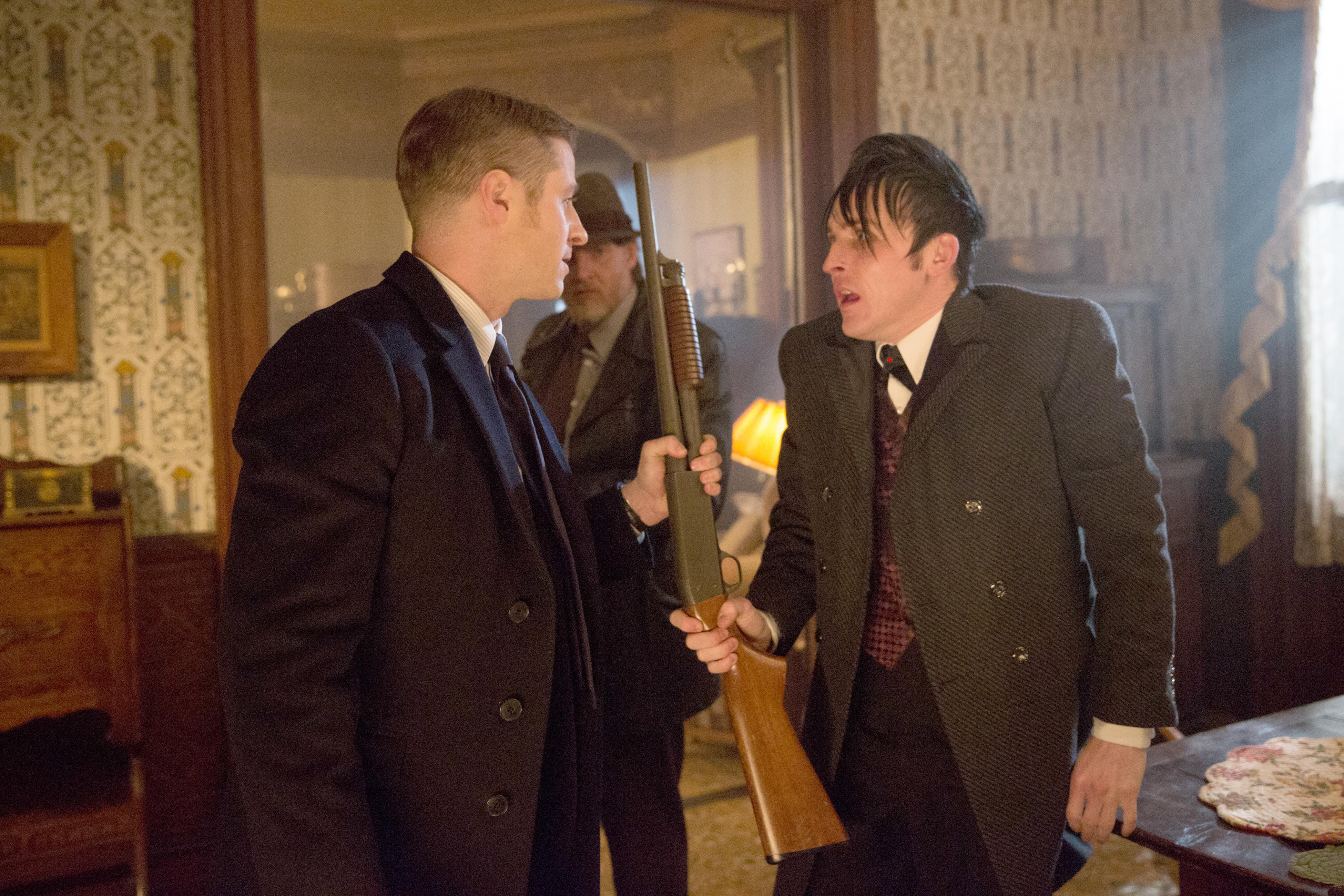 In “Everyone has a Cobblepot”, the case against Arnold Flass has been dropped following Harvey Bullock admission to faking the evidence against Flass. When Gordon confronts him about it, Bullock says that Loeb has dirt on him. He too has a “Cobblepot”, someone he was ordered to kill. Gordon and Dent begin to investigate, but their investigation goes nowhere. Bullock noses his way into their investigation, and he discovers Falcone and Loeb are in on it together. Only the two of them know where Loeb keeps his secret files. The detectives realize they need help from someone close to Falcone to help them, and only Oswald Cobblepot can be their man. Help from the Penguin does not come cheap.

Meanwhile, Alfred Pennyworth and Fish Mooney are both recovering from last week’s episode. Alfred is recovering in the hospital after being stabbed by his friend Reggie, and Fish Mooney is recovering after plucking her own eye out. Bruce convinces Alfred to stay in bed and rest and while he is sleeping, tells Selina Kyle that he wants to find Reggie so he can figure out who has been after him. Fish, on the otherhand, does not stay in bed. She works on Dr. Dulmacher (Colm Feore), the man who runs the clinic, in order to become part of his staff.

The highlight of the episode comes from a small moment from Cory Michael Smith’s Edward Nygma, who after being spurned by Miss Kringle yet again, shows a moment of anger that we have not seen before. This is the first time we have seen any kind of hint that Nygma will become a villain. Yes, he has had the riddle obsession, but we have not seen anger or any type of malice from Nygma.

The main story revolving around Gordon and Commissioner Loeb is a decent story line with no major issues, but no defining moments, elevating it into a great episode. It is nice to see Cobblepot return to his conniving ways, but he still seems held back.

The story revolving around Fish continues to get stranger, but not in a good way. Her story has taken one bizarre turn after another, and it is getting tiresome. When she left Gotham, her story should have ceased. What is happening to her is not interesting.

“Everyone has a Cobblepot will go down as a forgettable episode. It is not bad, but it does not stand out.