Jada Pinkett-Smith May Be Leaving Gotham 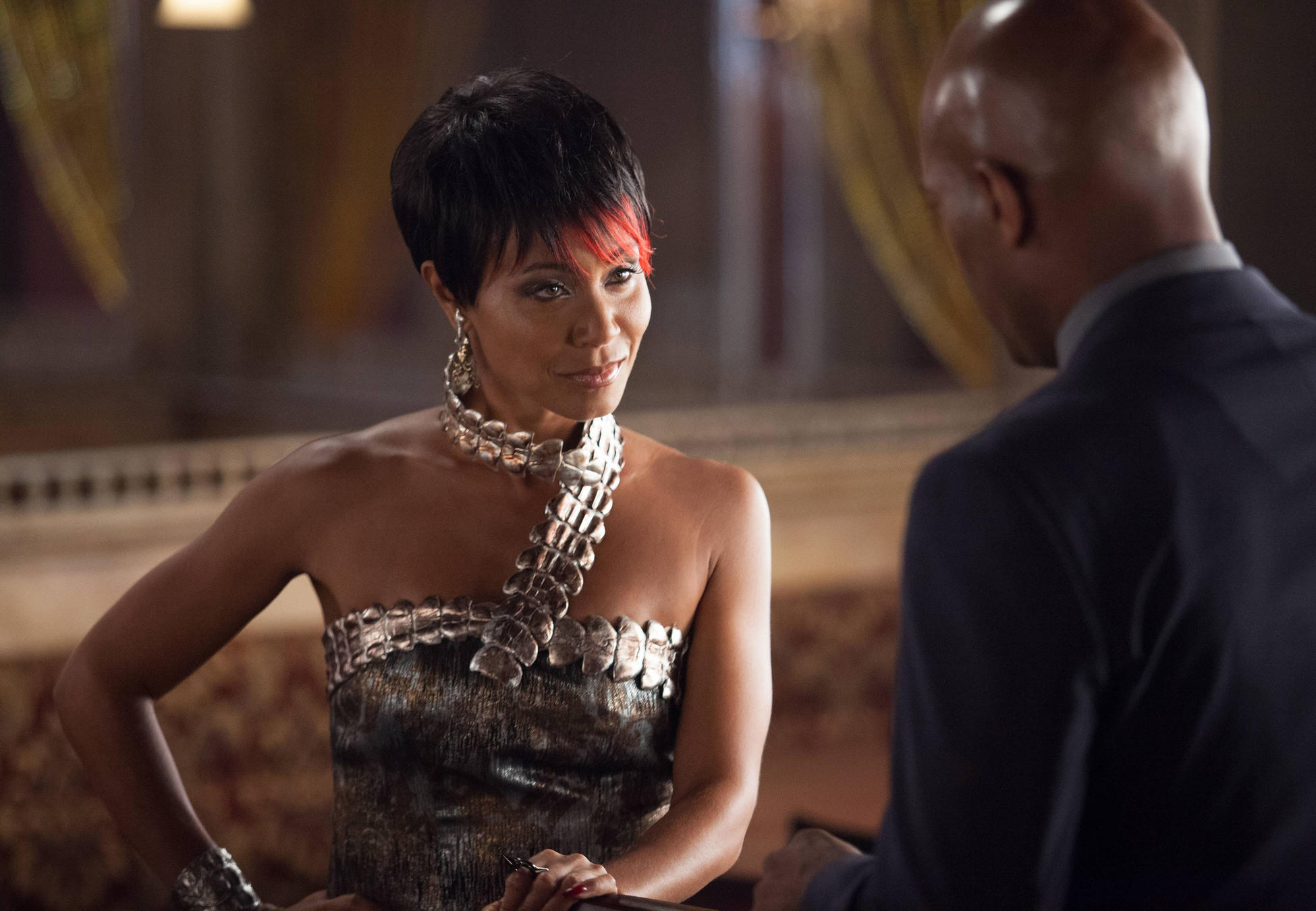 Falcone may be a weak, old man, but Fish Mooney may be done in Gotham first.  On today’s episode of “Live! with Kelly and Michael,” Jada Pinkett-Smith hints at the possibility that her character Fish Mooney may not be returning for Season 2 of Gotham.

When asked if she would be in season two, Pinkett-Smith shook her head and responded, “I don’t think so. I signed for a year, and the year’s up — but there are some great things coming ahead on ‘Gotham,’ believe you me.”

Towards the end of the interview, when prompted by host Michael Strahan, Pinkett-Smith did appear to walk back her earlier statements a bit, stating, “She could show up anywhere! You never know!”

Here’s a video of the interview.