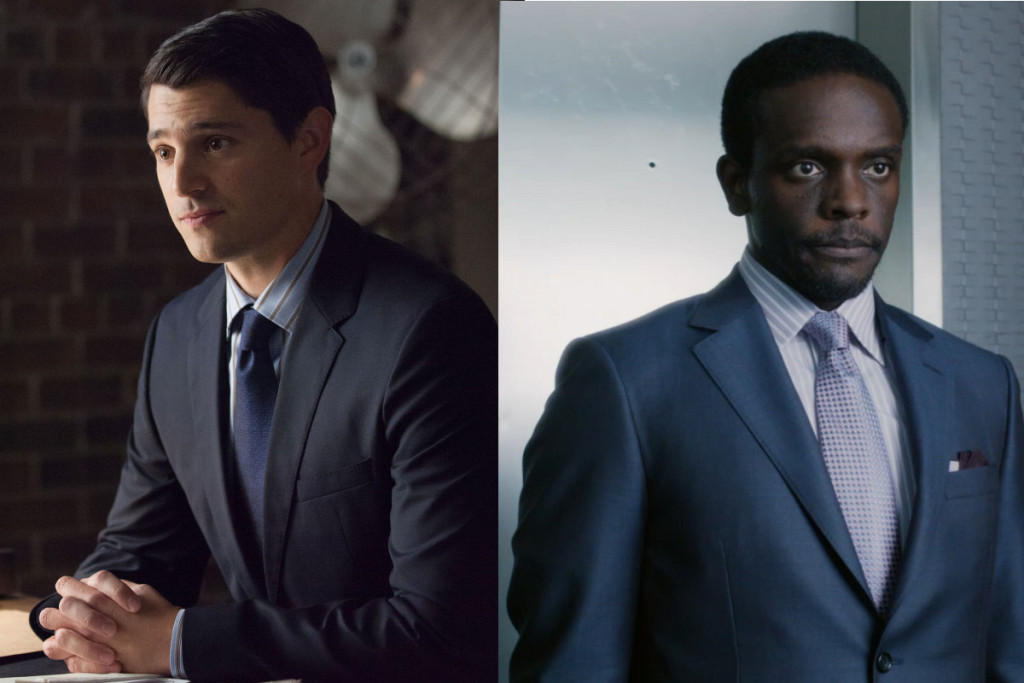 It was only a matter of time before we started hearing more news for Gotham. It may have ended its first season, and season two is months away, but things are already coming down the pipeline. First, it was announced that Morena Baccarin was upped to series regular and now two more actors have been made series regulars.

The first one is Nicholas D’Agosto who plays Harvey Dent. After appearing in three episodes including one that introduced his character, TV Line has learned that D’Agosto will be a series regular in the second season. D’Agosto shared his thanks to the fans via Twitter:

Thank you to all of you @Gotham and #HarveyDent fans for your enthusiasm. I can’t wait to join more of the fun as a regular in Season 2!

TV Line has also found out the Chris Chalk will also receive a promotion to series regular. Chalk, who plays Lucius Fox, only made a short appearance in one episode in the first season, but it seems with the promotion that there will be much more focusing on the relationship between Fox and Bruce Wayne.

So what do you think? Were these actors deserving of the promotion? Are you looking forward to more stories focusing on their characters? Sound off below.