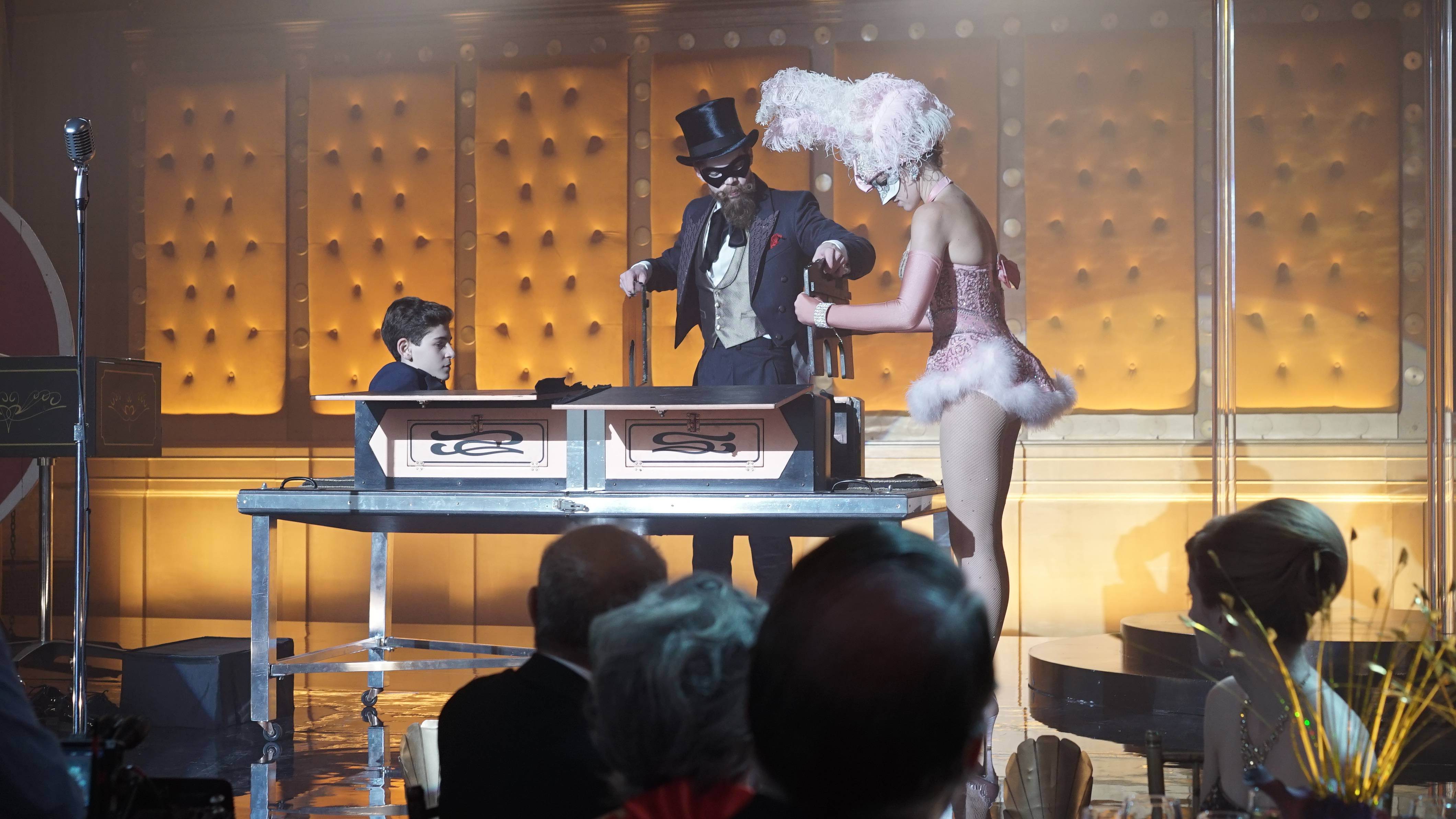 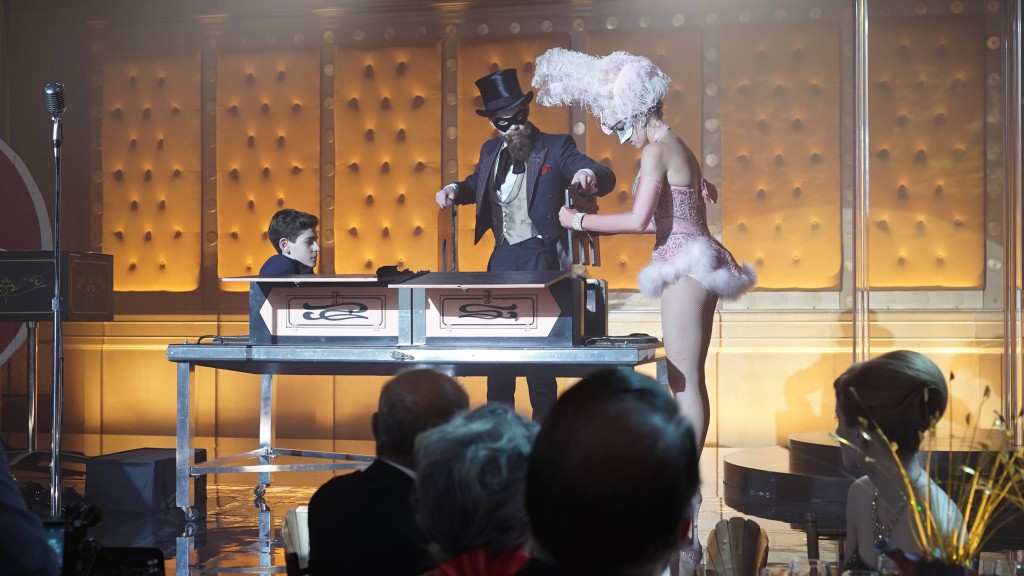 The third episode, named The Last Laugh after Jerome (or so we thought), proved the claims of the cast and crew of a more serialized structure over the course of Rise of the Villains. This episode directly deals with the consequences and emotions of last week’s tragedy as if no time has passed at all. It feels like a direct continuation more so than any two Gotham episodes I can think of. I have a lot to say about this episode, so bear with me fellow fans.

This week we have the return of Selina Kyle in her usual role that sees more screen time, Jerome kills his father, Theo slips a little from calculating genius to slightly impatient madman with the reigns, Gordon vehemently searches for Jerome to get justice (or maybe even just revenge) for Essen’s killer, and Jerome crashes a charity gala with Barbara Kean. We got some interesting moments, such as Alfred flirting with Leslie, Leslie being “tortured” by Barbara, Bruce and Alfred sharing a comedic moment (after Alfred finds out Leslie is taken), and Harvey taking a gamble by going to Penguin in advance of Jim’s soon-to-be trip to ruffle Cobblepot’s feathers.

Now, I’m going to possibly rant about is the death of Jerome. At the end of the episode, we saw the makings of a joker gassed city. I’ve battled it out in my mind, and here’s how the two sides shaped up:

1. Is Jerome really dead?
2. If so, does this mean we’ll get a new Joker by show’s end, or will we have many possible Jokers, or NO Joker?

The style of the crashed gala was reminiscent of classic comics, and that was enjoyable given the fact it never surrendered itself to pure camp.

Jerome was once again intriguing throughout. That kid can act. I loved his performance in scenes where he killed his father, and the magic show scene as he crashed the gala.

Jim’s dedication to fix his only real home was actually heartwarming. He’s learned you have to be tough to get things done in Gotham, but you don’t have to be cruel or evil to be tough. He’s really finding the edge. And Leslie understands this. When he’s upset and workaholic, she supports Jim and tries to help him where Barbara last season spent the whole relationship they had threatening to leave and trying to control him.

Harvey’s return. I loved how he took his butt into Penguin’s headquarters and played his cards just right without getting shot, but still getting his point across.

Bruce and Alfred together have finally gotten some real chemistry.

Selina’s return to the light was enjoyable, and we’ll see where she fits in further down the line.

Barbara. Again. She’s raising unnecessary questions just because she’s a psychopath, or the actress is lesbian, or something. She makes out with Theo’s sister, but then makes out with Theo? Ok, so then when Barbara makes out with Theo, his sister sees this and becomes…jealous? Of her brother, or Barbara not being sincere? So the kisses between Barbara and Theo’s sister were meaningless, but why do it then? (Other than to please the male viewers) She’s dumping worthless relationship(?) drama on my lap that I now have to keep track of, rather than just keeping her mouth to her freaking self. I thought she likes Jim still anyways…?

Jerome dying. Well, not the death necessarily, but I wouldn’t have done it this early if I was writing the show. The problem I have is what to make of the Joker in this world of Gotham if the joker mania is spreading before there’s even a joker.

David Mazouz needs to take an acting class or something. He’s never portrayed an emotion without struggling. I’ve been kindly overlooking this, but at this point it’s getting a little absurd. The child DIED in that alleyway. Maybe David can’t identify with that, but at least try, dude.

As for final score, it wasn’t a troubled episode by any means, it was memorable, but it raised more questions than the writers might answer. It never obviously stumbled as an episode, but in the overall scheme of how the story arcs are going to flesh out, it certainly wasn’t perfect.