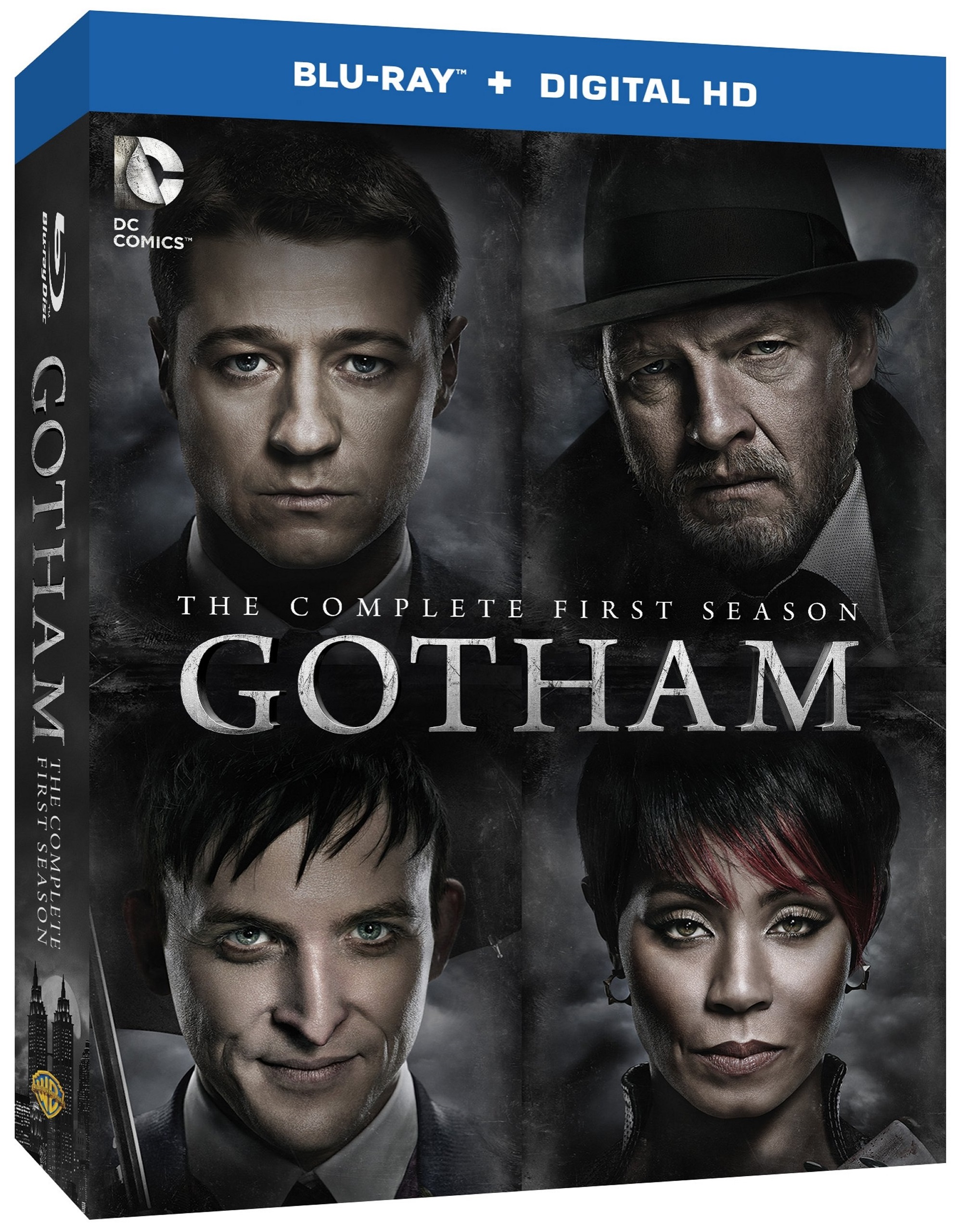 Warner Bros. has released the first season for Gotham today on DVD, Blu-ray and digital HD. The set includes all twenty-two episodes of the first season. There is also a ton of special features including some to prepare for the upcoming season in a few weeks.