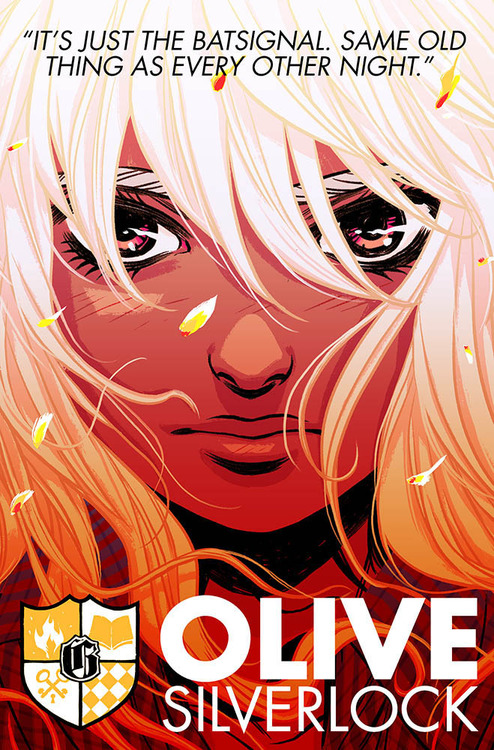 In advance of the new Gotham Academy ongoing from writers Beckey Cloonan and Brenden Fletcher and artist Karl Kerschl, DC has release three promotional images introducing us to some of the students at the school described as existing “in the shadow of Batman and the craziness of Gotham.”

The images from Cloonan highlight Olive Silverlock who is “attending Gotham Academy on a prestigious Wayne Scholarship”; Kyle Mizoguchi a star on the Gotham Academy tennis team and Mia Mizoguchi an “aspiring cartographer.”

Fans of the promo art can look forward to the release of Gotham Academy on October 1.