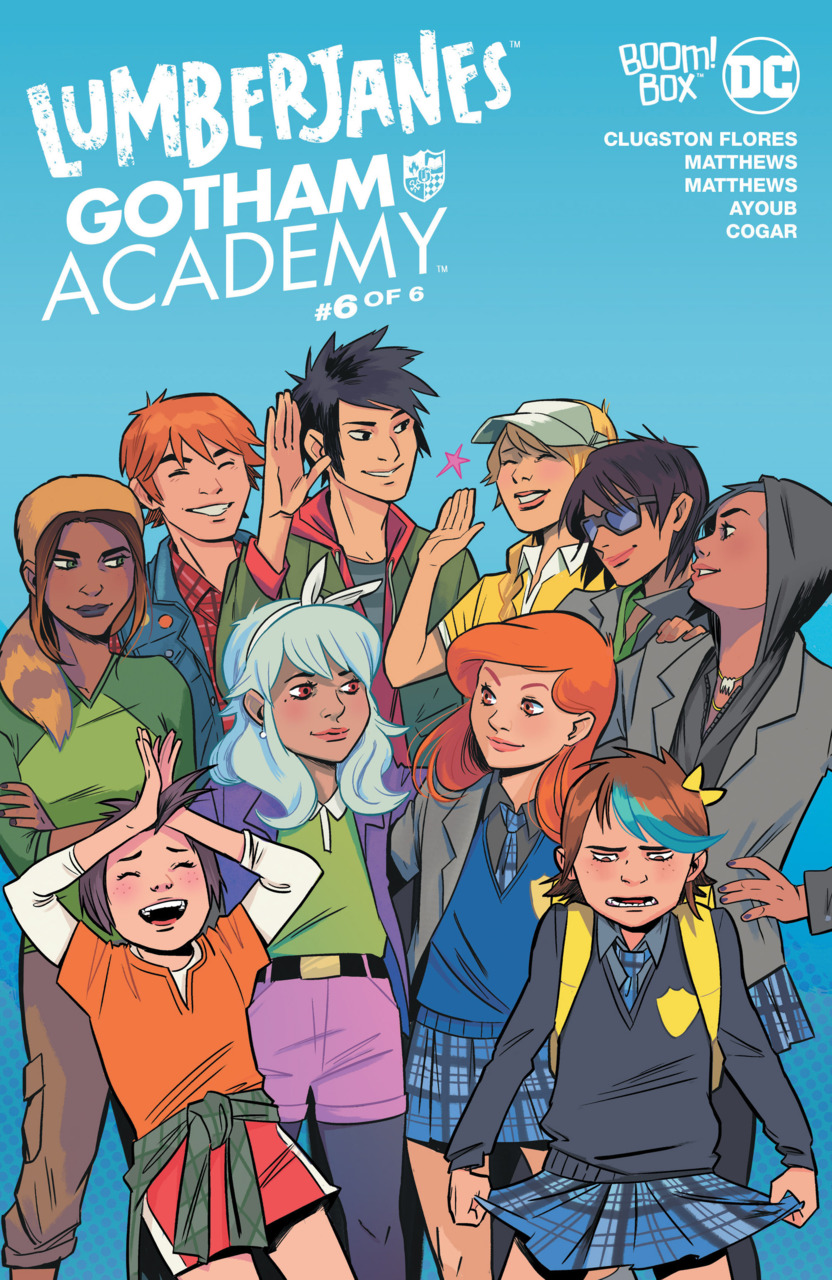 Firestarter Olive’s protective instincts over her injured best friend, Maps, threatens to incinerate the Greenwood Lodge. Luckily Colton douses her with some punch. Maps is going to be fine.

The giant combo Skull Monster is still on a rampage and April and Rosie push it onto its back and hold it down all the while trying to avoid its electric hands. They tie the creature up with rope.

Louise realizes her party is ruined and runs off. As she leaves, the giant Skull Monster stops its struggle. They decide to get the remaining Skull Monsters to get the party set back up. Olive finds Louise crying in her room. Olive gives her a pep talk telling her that she should be a leader not a dictator. Louise is persuaded to come back to the party which is now in full swing.

Kyle, pretending to be Louise’s old crush, Simon, dances with her. As they cruise the dance floor, Kyle tells her that she can do whatever she wants with her future. Louise tells him that she wants to see the world and study abroad. The skull monsters bring out a birthday cake and the elated Louise blows out the candles. She is so very happy, and then faints.

Louise awakens to a now-properly aged group of friends. Louise realizes that her friends have aged and they tell her that the spell has been lifted. Louise tells of the spell her parents put on her when they saw their daughter emotionally crushed over her failed sweet sixteen party. Her parents died before they could remove the spell and things got out of hand with Louise being in the care of the Skull Monsters for 30 years. Kyle tells her not to regret what she has lost but to now live her life fully.

The trapped party goers all collect outside the Lodge and say their respective goodbyes. The Lumberjanes kids and the Gotham Academy crew promise to keep in touch with each other.

Back at Gotham Academy the Detective Club members get a snail mail from the Lumberjanes. They got into some trouble for stealing Professor MacPherson’s car but they feel lucky to have gotten away with little punishment. At the Lumberjanes camp the girls find out that Louise has made her way to Paris and sounds very happy. The End.

This mini series, written by Chynna Clugston Flores, was overall a fairly successful crossover. The two groups of kids were well matched to each other but there were so many of them there was precious little time for any real relationships to develop. There were some dark months without any Gotham Academy and this story helped fill the gap. Once the real Gotham Academy came around however, this title lost some of its luster.

The art is by Kelly & Nicole Matthews, Jenna Ayoub, and Whitney Cogar. The style is more like the Lumberjanes book, which makes sense since this is a Boom! series like Lumberjanes. The execution of the art is well done though, the story is clearly told though the characters are still difficult to tell apart. Many of the kids do look similar to each other and the art isn’t always able to overcome this problem.

I enjoyed this miniseries but found that it wasn’t as good as I hoped. It did inspire me to buy some of the Lumberjanes trades which I enjoy very much. Maybe they could do future series with smaller groups of characters between the two teams. A Maps/Ripley book might be an amazingly insane comic. I also think that Jo and Olive had a good relationship and maybe the four of them could have adventures. I can dream, can’t I?