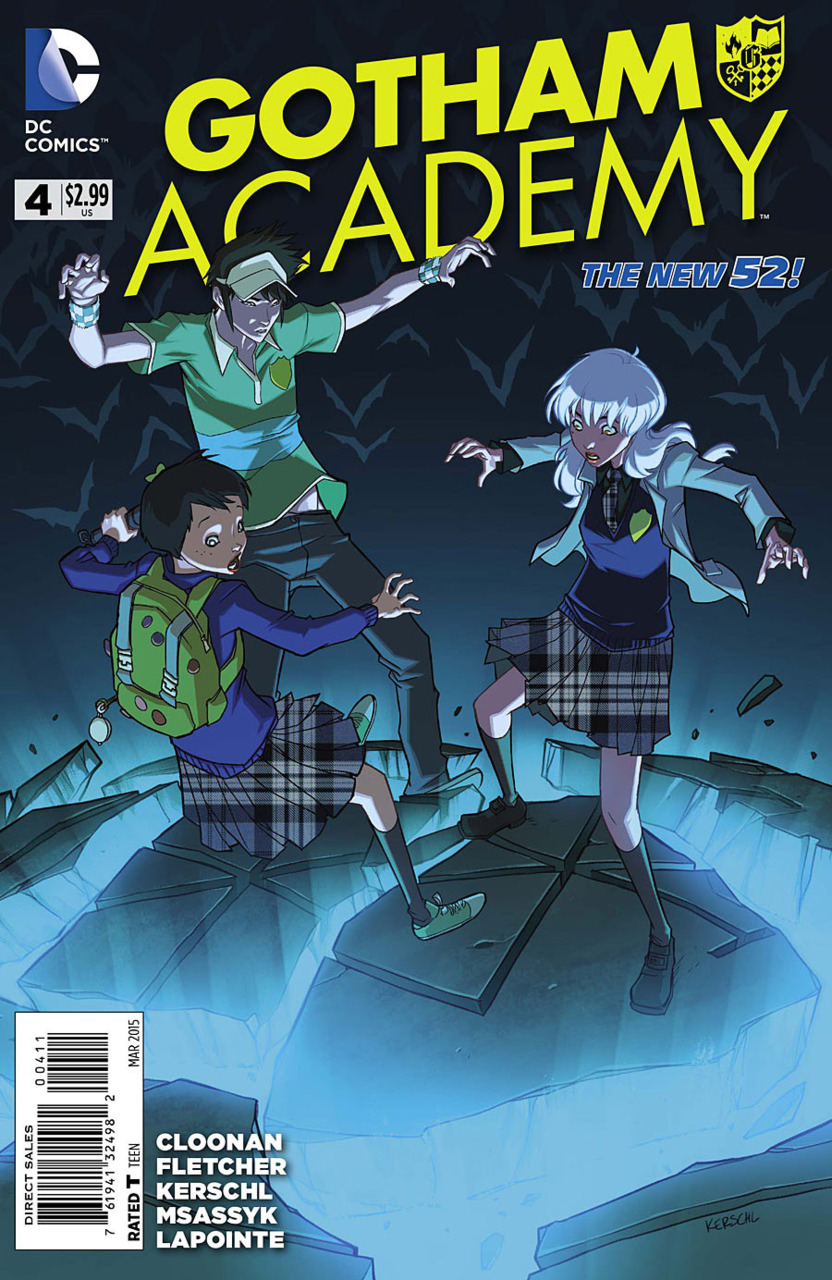 There are a lot of reasons that I should hate Gotham Academy. It’s a teen drama. It’s a supernatural comic. Also, Batman is hardly in it which has always been a big no-no for me. So how has Gotham Academy become one of my favorite books?

The thing is that Gotham Academy does teen drama and the supernatural exceptionally well. This issue doesn’t really do a ton when it comes to answering the many questions that it has raised in the first three issues. Almost all of issue four is pretty much centered around Olive and Maps investigating the strange symbol revealed in issue three that seems to be popping up all over campus. In the hands of less capable writers and artists this might seem like filler or treading water until the big reveal. But writers Becky Cloonan and Brenden Fletcher along with artist Karl Kerschl do some tremendous character work in this issue which overshadows that plot doesn’t move too much in this issue.

Olive has become in four issues one of the most exciting protagonists in DC comics today. She’s smart. She’s moody. She’s complicated. (She’s actually kind of like Bruce if you think about it.) She seems like a real person. Olive’s bravery is really on display in this issue. She fearlessly looks for answers to Gotham Academy’s secrets even as the stakes get progressively more dangerous. It’s something that is really refreshing to see in a new 52 book.

Oh and as far as the book hardly having Batman? Well it turns out that that isn’t a problem either. It all boils down to the writing. Fletcher and Cloonan have created a cast of characters so spirited and charming that they don’t really need Batman. They’ve created a small little world that really fleshes out Gotham City in a way that I have never seen before.

So in summation this series continues to be wonderful. Not only is this a great book for the die hard fans of the Batman universe but it’s also a book that seems like one of the only Bat-titles that has a legitimate shot in bringing in young new readers. This is one of the best comics being published right now. Period. You need to be reading it.