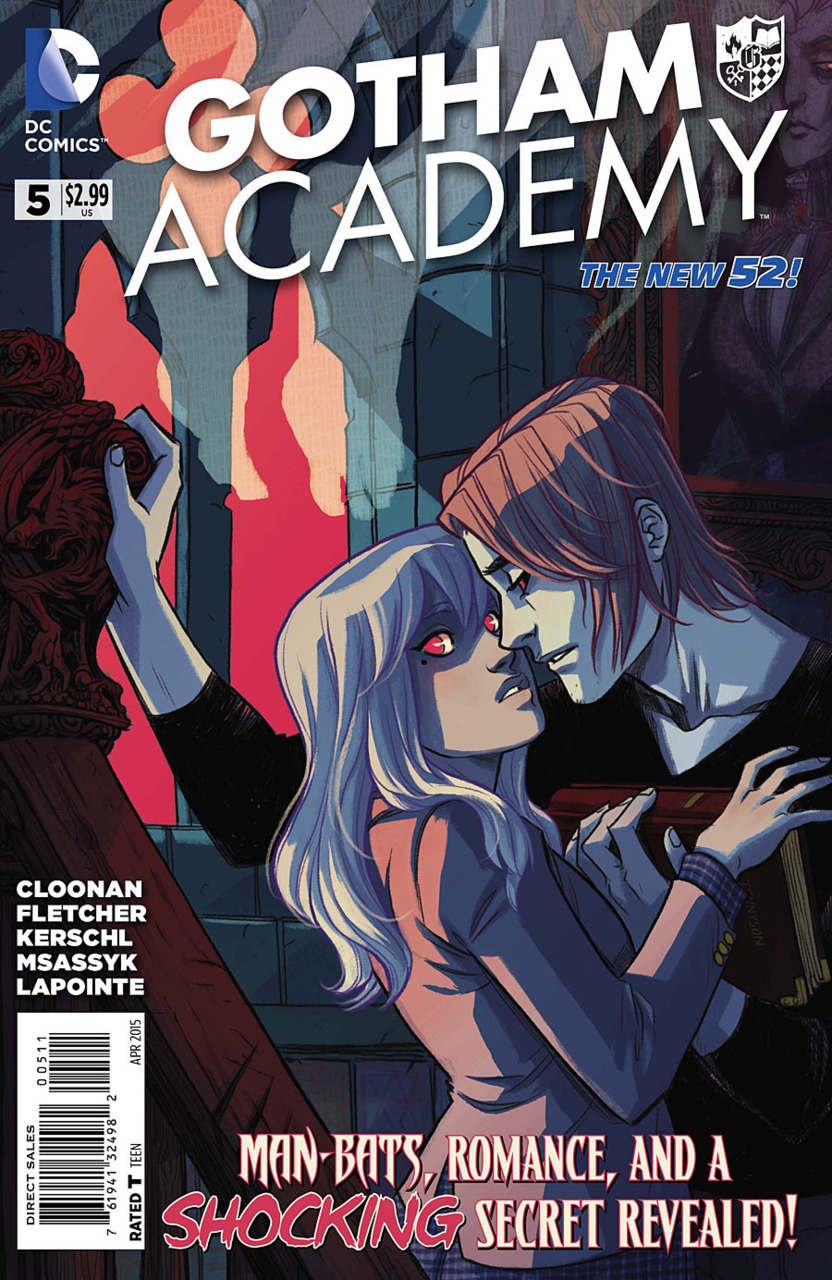 It’s getting hard to write reviews for Gotham Academy. It’s a book that has been so consistently funny and charming that I could essentially copy and paste the high praise of last month’s review and it would all still ring true. But as we get further into the book some one flaw starts to become more apparent.

If there is one problem with Gotham Academy is that it often felt like it is just treading water. After four issues we have barely had any concrete ideas where the story is going and thankfully issue five starts to move that plot forward in a way that feels substantial and we finally start getting glimpses into what happened with Olive last summer. This might be an unpopular opinion but to be honest the mysteries of Gotham Academy can come off occasionally as trite. They seem too heavily influenced by the Harry Potter and The Goonies of the world and at this point I don’t find it too compelling.

Even though plot isn’t strongest aspect of Gotham Academy’s considerable charms, the incredible character work Becky Cloonan, Brenden Fletcher, and artist Karl Kerschl do on an issue to issue basis is a constant. I’ve found that it is rare for a book that deals heavily with supernatural elements to have characters that are not only relateable but also feel real. Gotham Academy has the most relateable and real characters that are currently being published by DC comics. The friendship between Olive and Maps continues to be the heart of the book. Both characters continue to grow and become more well rounded with each issue. Olive’s relationship with Maps’ brother Kyle gets progressively more complicated which makes you wonder how how the finite ending of Olive’s relationship with Kyle will affect her friendship with Maps. I’m preparing for the worst and hoping for the best.

Kerschl’s art continues to be stellar in this issue. It is one of the most unique and pleasurable books on the shelves aesthetically speaking, and it is enhanced by incredible colors by Msassyk and Serge LaPointe. Kerschl gives us the highlight of this issue with a sequence where Olive shoots a man-bat out of the sky with a crossbow. It’s as awesome as it sounds and the twist at the end of the scene is actually pretty shocking.

The end of this issue teases a Batman cameo in issue six. I am looking forward to seeing Olive interacting with Batman. Hopefully Cloonan and Fletcher can use this as an opportunity not only shed light on her motivations for hating Batman but also draw me back into the books slow moving plot. Overall there are so many great things about this book that it’s easy to be patient with it. The plot will eventually pick up and things will start to fall into place but until than I guess immaculate character work and beautiful art will have to tie me over.