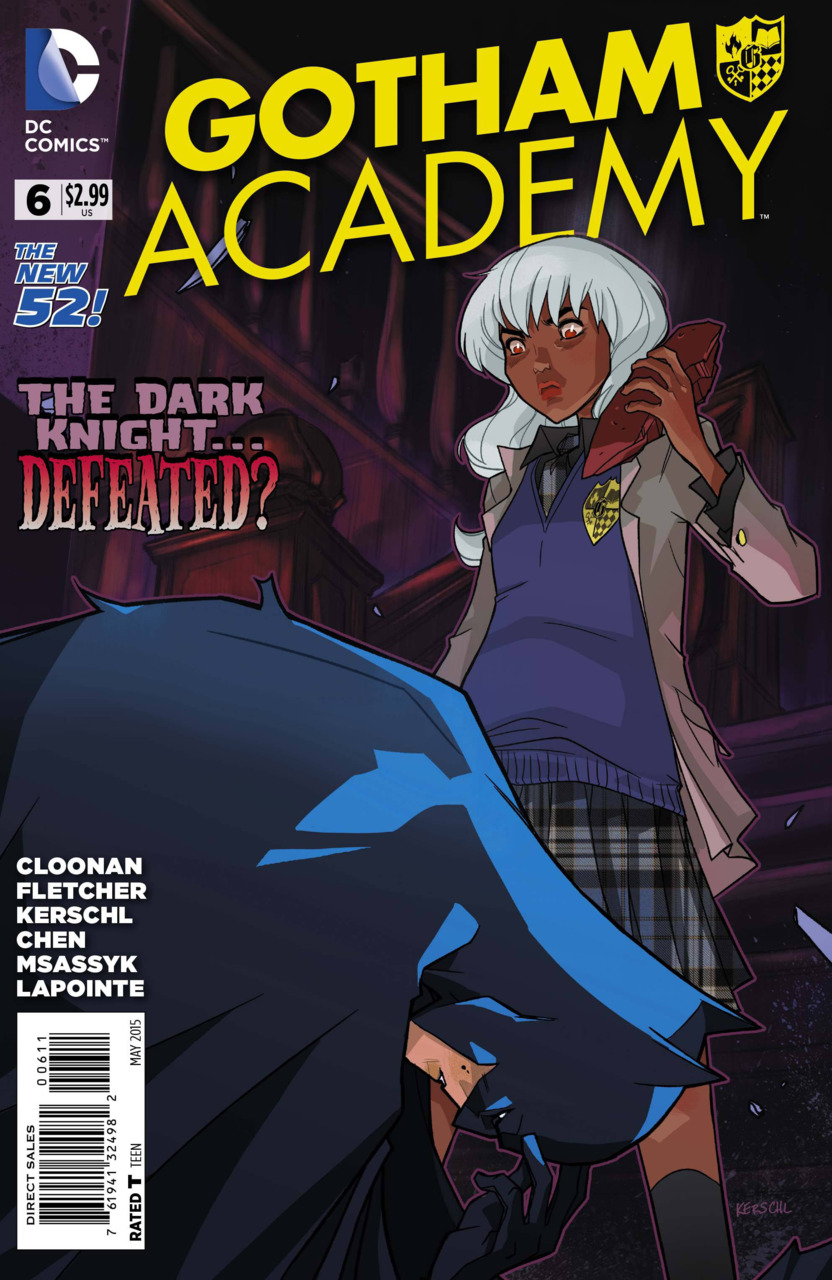 Gotham Academy has been one of the most exciting and enjoyable new series that DC has published in years. Gotham Academy #6 is the best issue of the series since it’s debut and the book continues to balance serious topics while expertly blending humor and heart in equal measures.

We finally get Olive and Batman face to face in this issue and the scene ends up asking more questions than it does giving us answers into her backstory. Normally I would perturbed by this but the scenes are handled so well and the new questions being asked are so intriguing that I can’t help but be excited. Cloonan and Fletcher should also be commended for allowing the conversation between Batman and Olive to touch delicately on the topic of mental health. It’s an important moment in the book that could come off as preachy or political in other books but here it fits perfectly with the tone of this issue.

Cloonan and Fletcher do great character work in the issue yet again and no place does this shine more than with Killer Croc. It’s no secret now that one of the biggest influences on Gotham Academy is Batman: The Animated Series and Croc is the most obvious evidence of this. Croc is handled with such care and sympathy in this book and Cloonan and Fletcher wisely choose to focus on the more human and sympathetic aspects of Croc’s personality. The scenes with Croc and Olive’s mother Sybil are some of the best in the series so far.

Art continues to be a highlight in this series. Issue six offers a bit of a shake up. Karl Kerschl the primary artist on this splits duties with Mingjue Helen Chen and it works beautifully. As we have seen with numerous DC series splitting artist duties can be jarring and can detract from the overall quality of the book. Here Chen’s art is cleverly delegated to flashbacks with Croc and the books epilogue. It’s a great way to alleviate some of the work from Kerschl whose work continues to shine in this issue, especially during the clash between Batman and Killer Croc.

The first arc ends with teasing Damian Wayne’s arrival in Gotham Academy. It’s a move that seems so obvious and perfect for the series that I’m surprised that it had never crossed my mind before. It isn’t clear whether Damian will be joining the series on a permanent basis but I personally can’t wait to see Damian’s humorless personality interact with the bubbly personality of Maps.

If you were on the fence about picking up Gotham Academy now is your time to jump on. The first arc is finally complete and it is fantastic and it actually benefits from being read in one long sitting. So go and pick up all six issues from your local comic book store right now. And you should probably add the title to your pull list while you’re at it.