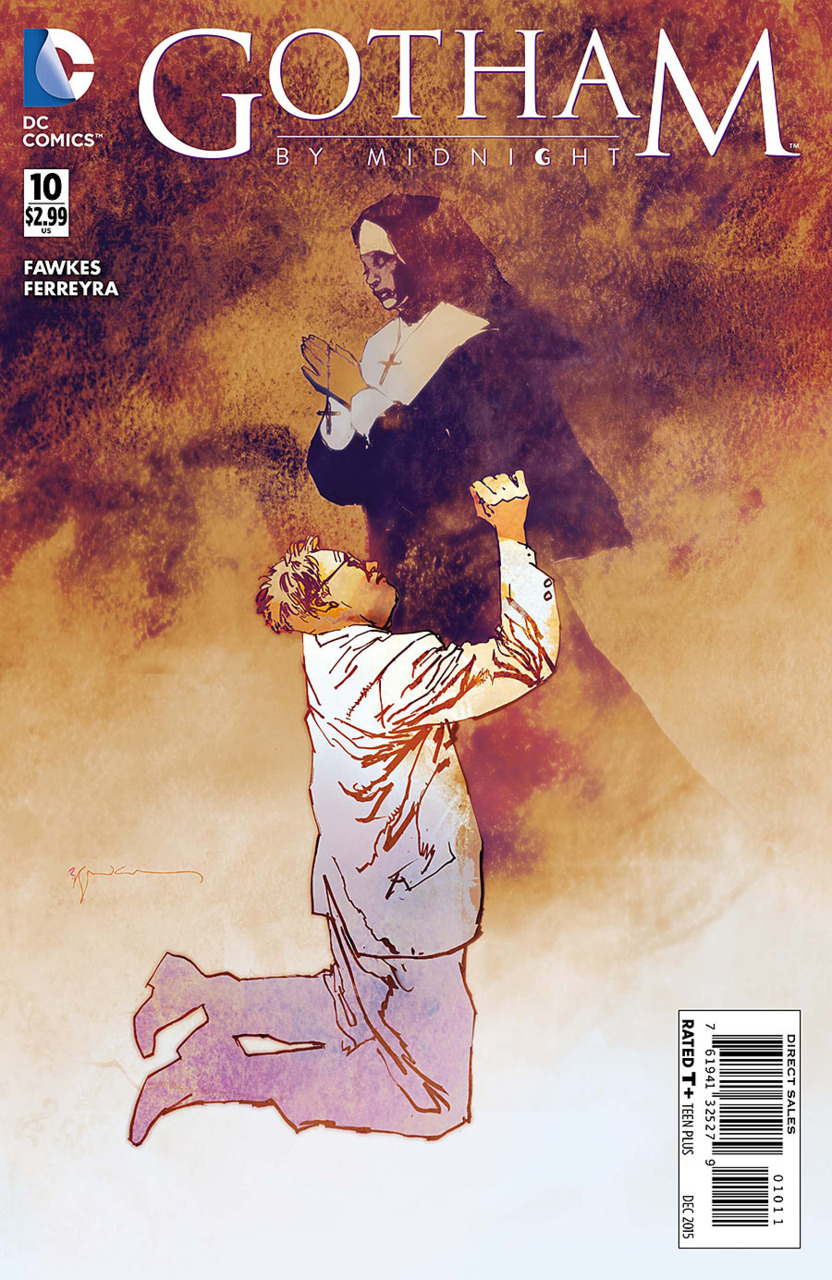 “Nothing Will Stop Us” opens with the police breaking into the blood soaked interrogation room where the Spectre killed the two IAD detectives. The uniformed officers find Corrigan drenched in blood himself and assist him out of the room. In the hallway Drake and the detectives questioning her step out of the room next door to find Corrigan in a catatonic state drenched in blood. Drake asks Corrigan what happened and yells at the cops to back away from Corrigan. Duretti draws his sidearm and orders Drake and Corrigan to be placed in handcuffs and taken into custody. Drake sees the Spectre start to emerge again and tackles him telling him not to let it loose.

Back at the station, the standoff continues. Drake places her hands over Corrigan’s eyes and McGrath lowers Duretti’s gun arm saying that they need to diffuse this situation. Drake agrees and takes Corrigan out of the precinct. Drake places Corrigan into a car and drives off. Special Containment and air support are called to track the fleeing vehicle and the main scene of this comic starts, the car chase. The goal of the police is to get Corrigan to a secluded area where he can be safely taken into custody. Drake’s goal is to just get out. Corrigan finally gives his origin story. He was shot and killed in the line of duty and God spoke to him to raise him so that he would become the vessel of judgement to carry the Spectre who will punish all sin. Corrigan also admits maybe to himself as well as Drake that he wanted the IAD detectives killed. He heard them threaten Drake and the Spectre came out to carry out Corrigan’s desire. Drake considers that Corrigan may be a monster after all. Jim says the monsters are out there and the city needs the Midnight Shift to save it from them. Drake calls Corrigan a psycho and Corrigan calmly says that he is not but they are there to fight the real psychos.

Back with Dr. Tarr, the kids call Justine the Nun of the Narrows. They ask Tarr if he has a gift for her and Tarr decides to give the black flower sample he was carrying as a gift. The kids recognize the flower as one of her flowers and maybe Tarr will be able to see her tonight. Tarr detects some trace energy and starts to lower his goggles. The kids tell him to show respect by not lowering his shades and Tarr sees something and gasps.

The chase continues. Drake and Corrigan argue as the car crosses a bridge. The police set up road blocks and Corrigan grabs the wheel from Drake and the car crashes over the bridge as the Spectre starts to emerge again. We close this issue with the police scanning the river where the car went down for any sign of Corrigan and Drake. Elsewhere, a fisherman comes face to face with a swamp monster and it does not look like Swamp Thing. Next issue: Defenseless!

I liked this issue however I did not see too much advancement in the plot. With the bulk of this issue being a police chase, it has the appearance of being a filler issue. The most advancement we got is from Dr. Tarr and his investigation of the black flower. Does he see Justine in the end, we the readers are only left guessing. We are also left guessing about the fate of Corrigan and Drake, did they die in the crash or did the Spectre save them under the orders of Corrigan.

This issue was good but I did not consider it great.