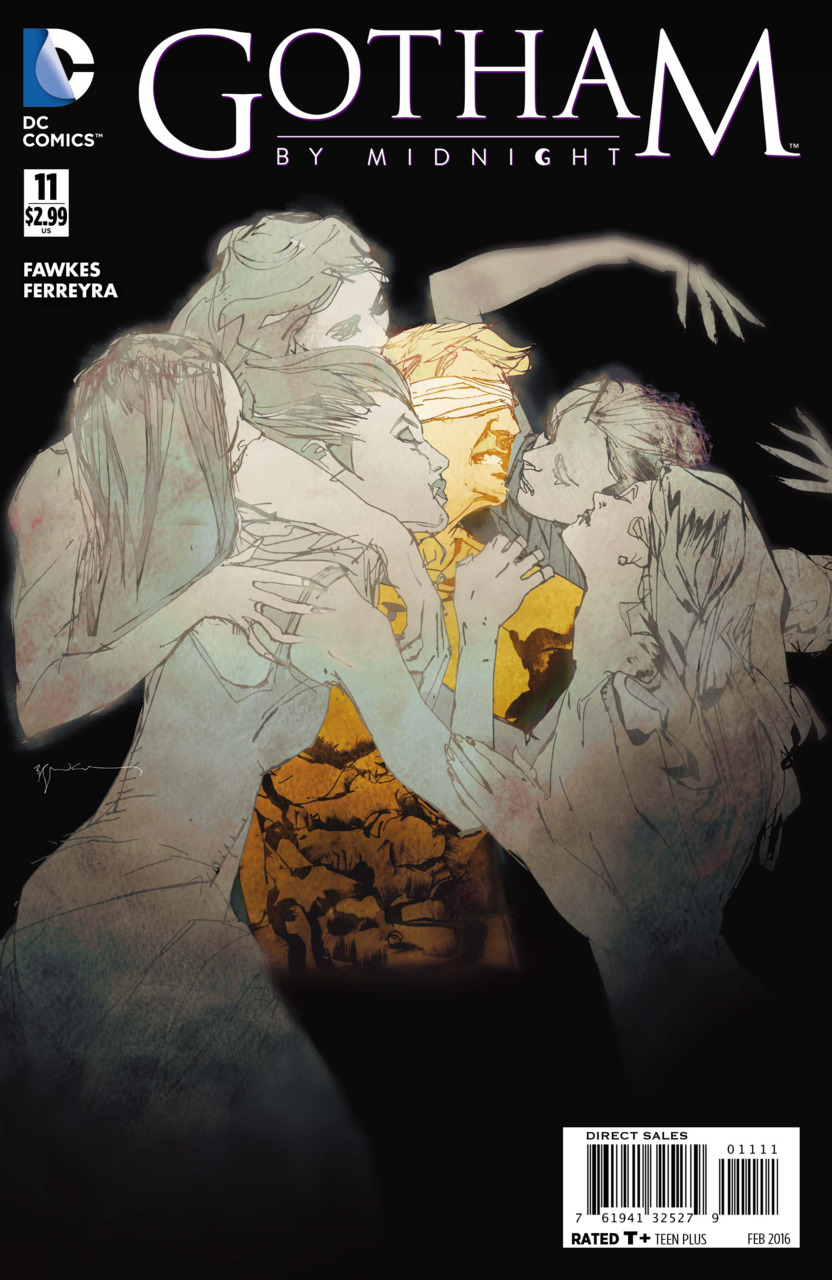 “Memories of Gotham” opens with McGrath and Duretti looking for the bodies of Drake and Corrigan. We get narration detailing the important unjust deaths in their lives. The detectives do not find Drake and Corrigan, instead they find coming out of the harbor Ikkondrid the Betrayed. Spectre did not take care of this creature after all. It is not the only thing rising, as all of Gotham’s dead that were killed unjustly are rising and attacking as well. We catch up with Tarr, he is alone in the Narrows of Gotham. We see his head down but as the sidewalk cracks we see that Tarr’s eyes are glowing and they are making the sound like a whisper.

Throughout Gotham we see the dead rising as ghosts and zombies from cemeteries, local burials, under the streets, and hospitals. We get narration about some of the rising dead and how each died.

We cut to Precinct 13 where Rook and Weaver are shooting zombies. Rook asks Weaver what is happening and Weaver’s retorts that he is now an expert when 10 minutes ago he was a fraud. Spencer comes out of the building with a shotgun and blasts a zombie through the head with the statement of “focus”. At GCPD Central, Commissioner Sawyer is rallying her tactical and street officers and they hit the streets to combat the hoard. Batman (Gordon) shows up as well and says that they need Corrigan’s team. Sawyer has to tell Gordon that Corrigan and Drake were run off of an overpass. Gordon says that Precinct 13 was supposed to have been left alone. Instead the experts are believed to be dead.

We soon learn that they are not dead after all. The Spectre emerges with Corrigan and Drake. We cut back to the Narrows where a gang is being confronted by their dead. Tarr shows up and opens his mouth and blasts the zombies there. Back at the harbor, the police there start to engage the zombies and the Spectre starts its perimeter of destruction. We get narration about the death of Jim Corrigan. He was shot to death while he was investigating his fiancée’s kidnapping. We see Corrigan’s eyes start to turn inky black as he too joins Ikkondrid’s army because he died unjustly. He is not the only one. As Spectre starts to engage Ikkondrid, we see skulls in his eyes and the next panel we see his eyes become inky black as it too joins Ikkondrid. Drake frantically tries to get Corrigan to get control of the Spectre. We see flashes of the different battles all over the city: Precinct 13, Central, Narrows, the harbor. As she continues to yell at Corrigan she slaps him in the face and then we see the Spectre stoop down to attack her and hear a voice yell “Stop.”

We see what looks like an angel that looks bigger than the Spectre order the Spectre to stop in Heaven’s Name. Next, the last issue, the end of an Era.

This issue came back up to its original quality. It was violent but we are now dealing with a zombie apocalypse. Yes, I have seen this kind of thing before but I have never seen it with a huge Spectre in the mix.

The issue was action packed as we saw many fronts in the battle. Yes, even I was happy to see Batman show up here. He looked incredible, this artist really drew the armor well.

The art here was perfect. The style was perfect for the mood of the story, it was dark and foreboding with enough realism to understand what was happening. It was interesting to read the captions for each of the previous deaths.

It also gave me questions for the next issue. What happened to Tarr, what is his power? Do we see an angel or is this God in the closing splash. I cannot wait for the next issue and I am sad that it is being cancelled.

This issue is by far my favorite issue this week.