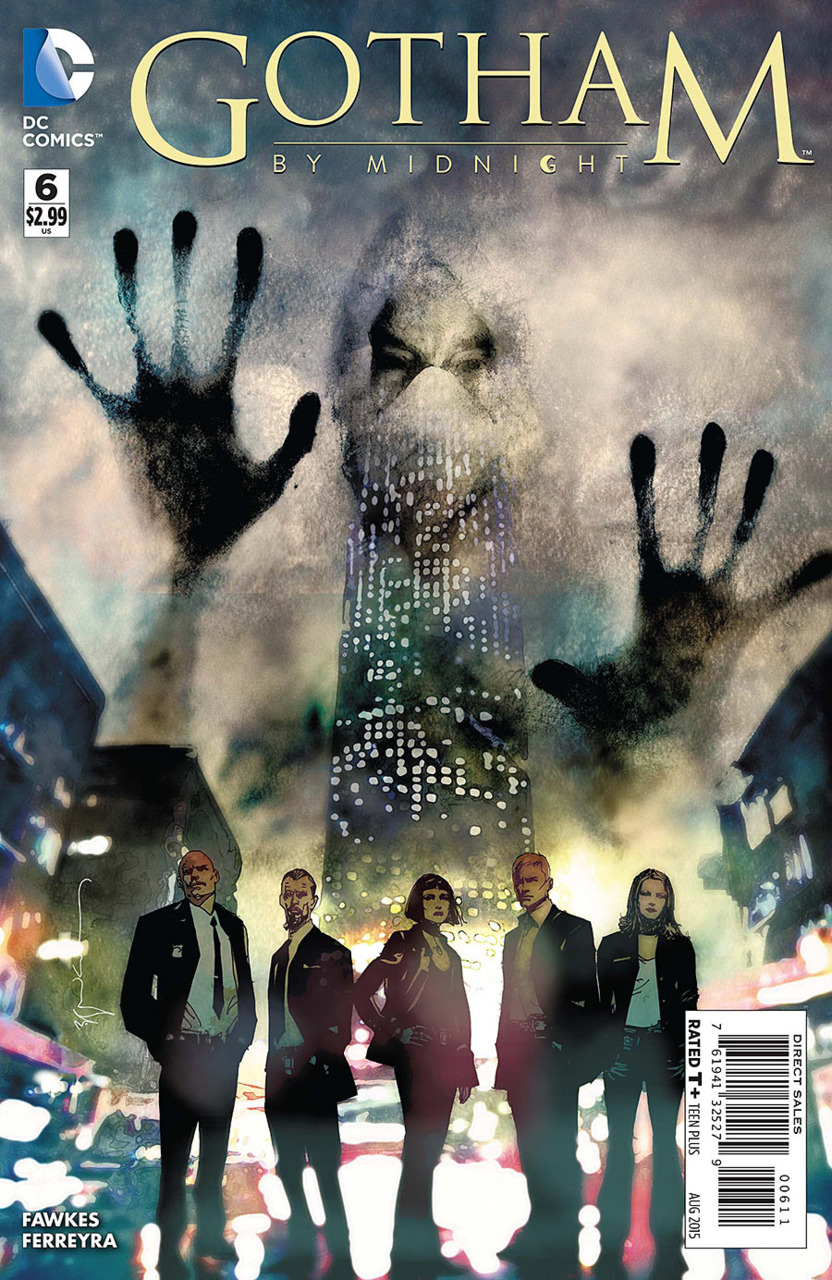 The issue opens with the funeral for Sister Justine, who died in the previous issue. After the funeral the team discusses the Spectre as well as the power of Drake. She has what is called Faerie Blood. She is called a Bain Sidhe or a harbinger of death. She screams and someone dies within twenty-four hours. This interesting team of cops has a case at the Powers Corporation. It is unusual for the team to get a call.

Corrigan and Drake meet with Mark Jenner who is in charge of the design division of the company. Jenner called the GCPD because of a ghost. On Saturday night, the ghost appeared while the division was working on the last minute deliverables of the Powerwatch interface. There was blood everywhere and the machines went crazy. One of the team leads started choking. When they got him to the hospital, they found a chunk of a human heart in his throat. Drake feels a dead presence and Corrigan feels the Spectre perking up, a sin was committed.

Back at the precinct Dr. Tarr is meeting with the Lieutenant. A lawyer is coming in to meet with Tarr. Internal Affairs is building a case against the Midnight Shift and they are going to need some advice and maybe representation. It is also shown that Tarr is studying a black flower that was found when Justine died. It appears to have a nervous system.

Back at Powers Corporation Corrigan and Drake learn about a recent death of George Wooley. He had a stroke on the job. Corrigan touches Wooley’s desk and feels that Wooley is the ghost. Drake leaves with Jenner to look at Wooley’s files. We move to alternating panels of Tarr studying the black flower and Drake and Corrigan investigating the Powers Corporation ghost. Drake finds a package of what she believes is a drug. She used to work in GCPD narcotics. Corrigan also notices that the clock has stopped and we see blood dripping and flowing from it.

Tarr in his panels cuts a petal of the flower and while his back is turned the petal grows back.

Back at Powers, the ghost is revealed saying “All Hands” and attacks Jenner. Drake tries to talk to the ghost as the Spectre starts to emerge. The ghost is George Wooley and he writes on the wall: “Return on investment”. Corrigan knows that Jenner is responsible. Jenner gave Wooley the drug to keep him working to meet the insane deadlines. Jenner told Wooley that they need “all hands”. The drug was speed and it killed Wooley. To cover up the tragedy Jenner doctors the records even adding a pre-existing condition so Wooley’s family would not get any help. Jenner admits the cover up just as Wooley goes for his throat. The ghost disappears after Jenner’s admission. The man who had the heart in his throat witnessed the fake medical records.

We close the issue with Dr. Tarr meeting Kate Spencer. She is the lawyer the Lieutenant was talking about. Next “Nobody Cares!”

I liked this issue a lot.

I thought the new artist is a great addition to the creative team. I liked the story in the original arc but the art was very weird. This artist gives an almost painted quality to the art. I particularly liked how Juan Ferreyra drew the ghost of Wooley from the skeletal appearance to the blood dripping from his hands.

It was also refreshing to see this as a standalone issue. In essence minus the flower and the introduction of Kate Spencer this was a one and done story.