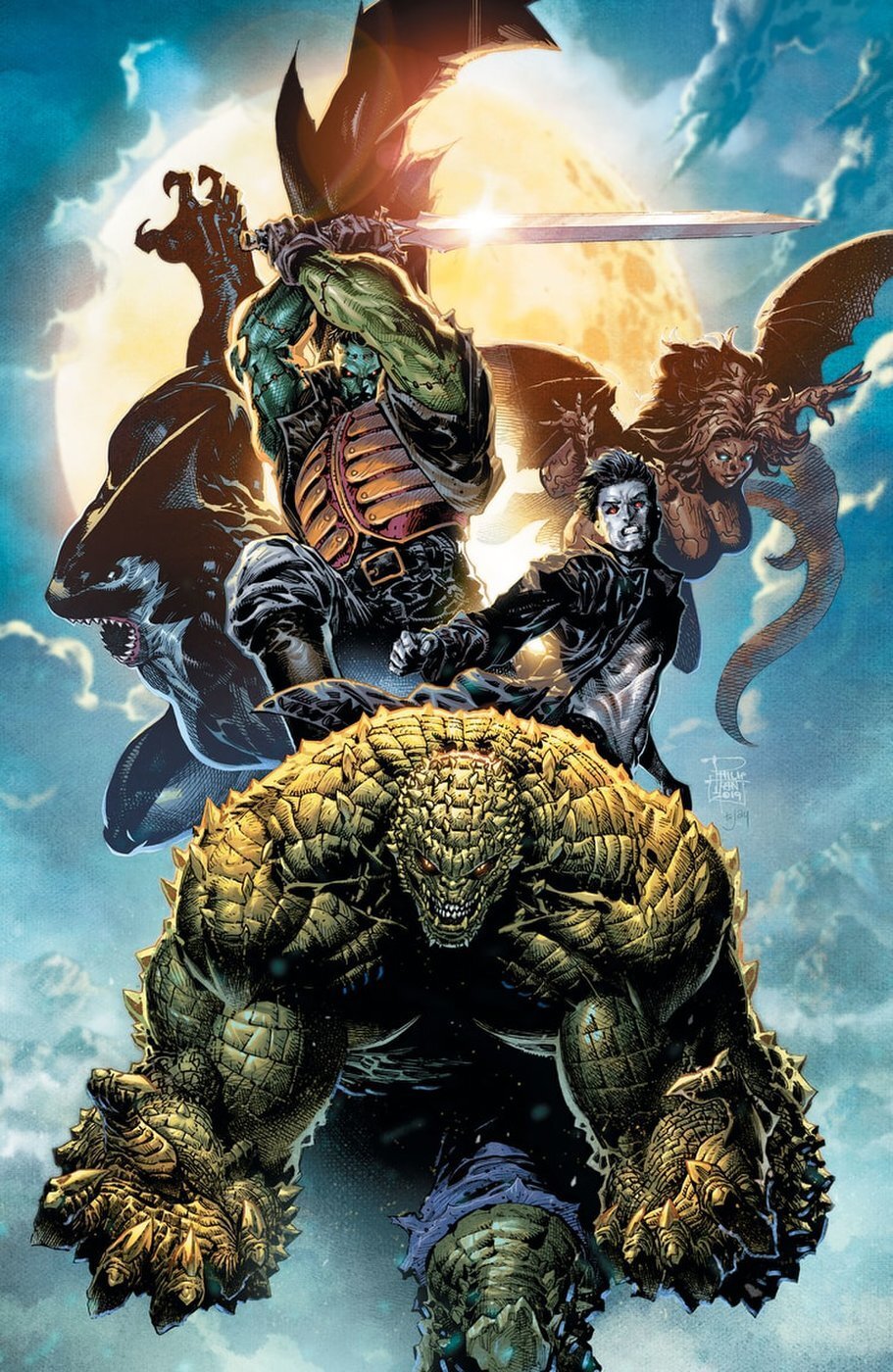 Another new title related to the Batman Universe was announced earlier today. This new title will feature the more “monster” characters that tend to grace Gotham’s streets. Spinning out of Event Leviathan, Frankenstein heads to Gotham to find some allies in his quest to destroy his main enemy. He gains assistance from Killer Croc, Lady Clayface, Orca and more. The new series will be written by Steve Orlando with art by Amancay Nahuelpan. DC has not stated on whether this new series is an ongoing or miniseries at this point, but solicitations are coming soon, so that minor detail will be known.

Leviathan has dismantled S.H.A.D.E.—and that means Frankenstein is once again a free agent! Now he can set his sights on his former mentor, Melmoth, the one evil that got away. With bad things happening all across the Multiverse, this may be Frankenstein’s last shot at setting things right. Of course, Melmoth has his own agenda, and it’s going to take more than a lone monster to take him down. So Frankenstein heads to Gotham City in search of allies and recruits Killer Croc, Lady Clayface, Orca and vampire Andrew Bennett. But will even these dread creatures be enough to save humanity before the entire cosmos collapses in on itself?

Steve Orlando explained in an interview with Horror DNA exactly why these characters were chosen for the series.

The relationships and the tension they bring to the table. These are people who all want revenge after our first issue, but that doesn’t mean they all want it the same way, or will all want to help each other get it. As well, they’re all people who are looking to solidify their identities and affirm themselves in spite of what people outside Monster Town may think of them judged off their appearance. Saving Gotham City, Earth, and the Multiverse…that might be a good start.

Sounds like a lot of references to the Night of the Monster Men crossover may be included since Monster Town is mentioned. Orlando was the main writer behind the 2016 crossover and it makes sense that he could pick up unused elements from the story for this new story. The new series will kick off with its first issue on September 11.