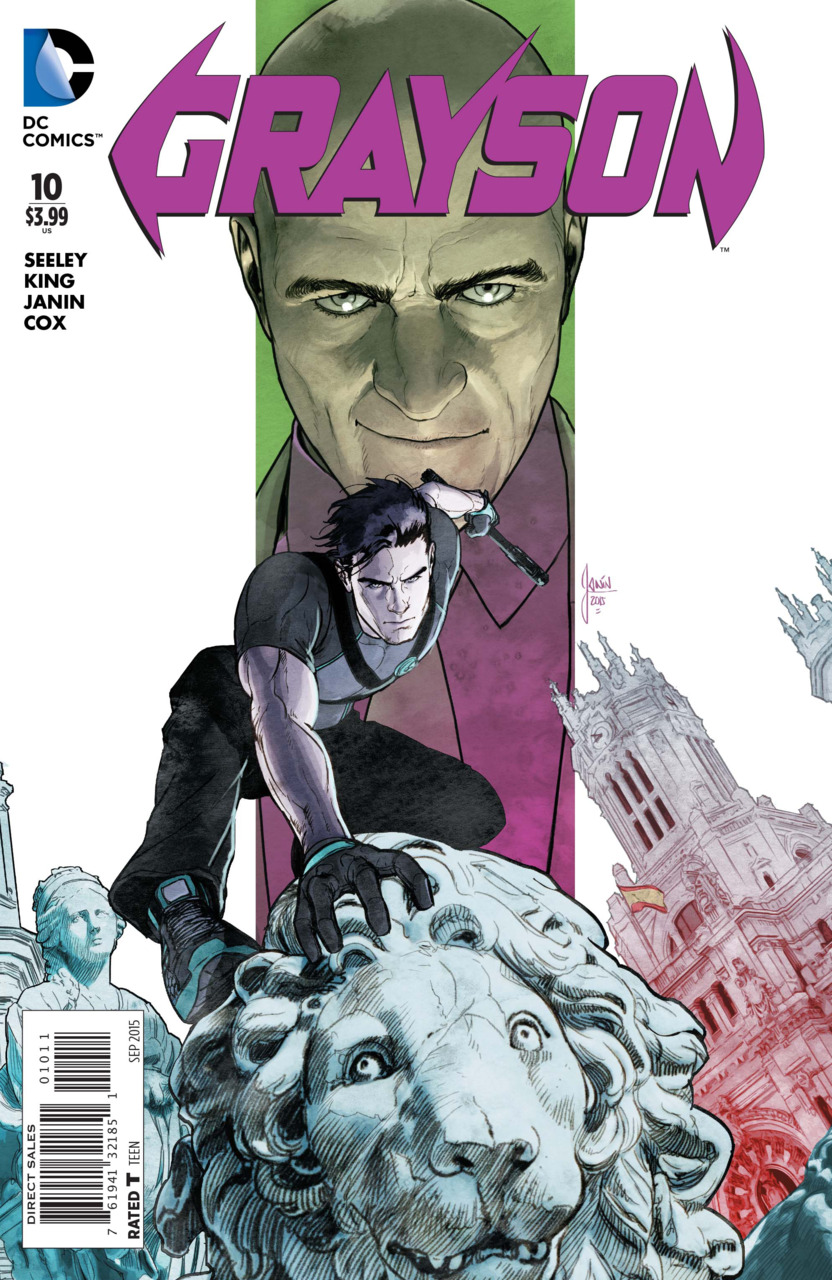 I freaking love this book. It’s so well done. From the writing to the art, to the lettering – everything just seems to click so well together. I’m a sucker for a James Bond style story, and it’s so rare that something like that gets the spotlight in a world full of superheroes. But with how often we see superheroes these days, it’s neat exploring other aspects of that world with those elements in play. I was kinda nervous about this particular issue, and even next issue, that being that it’s the first time the creative team has done a multiple part story. Doing the one issue stories were adding to the already different feel to this book, and I was afraid this three part story would throw that off. Boy, was I wrong. Now I’m actually excited to see how they wrap things up. I just hope so badly that they stick the landing.

I do understand and sort of feel like this issue was also filler, in the sense that not much happened story wise, as we end up where we were last issue, but it’s like a roller coaster in that sense. You end where you started, but it was still a fun ride, and I want to go again.

We start out in Spain, the security is still on high alert – searching for Dick. However, they can’t seem to give a description of him”… What does he look like again?… He wore a Tuxedo… I think.” Then, BAM! Grayson kicks a couple of dudes in the face, and also does his new signature move by knocking a guy out by throwing a hand gun at him.

Dick asks why Helena had him clock his new partner, and she tells him she believes he may be the traitor. Dick reminds her that this secret society she is now running is kinda known for misdirection, and taking advantage of others by double crossing them.

Agent 1 comes to, and takes out the security, as he vows to make Grayson pay with his life. Soon after, the Duchess shows up, and wants her necklace back ASAP.

Dr. Netz, Dr. Ashemore, and DIRECTOR Bertinelli are discussing the likelihood of Agent 1 committing the murders. The tracker they have on him, shows him to be elsewhere at the time of the murders, but he’s also been known to drop off the grid completely when he wants to. After consulting the advice of Spyder, Helena contacts Agent 1, refuses his wish to kill Dick, and tells him she will deal with him. Instead, he is to check out some catacombs underneath the Vatican.

Dick goes to a cafe to meet with the person who is supposed to pick up the Kryptonite, when he sees that it is Lex Luthor – a rival to Superman, and the person who killed Dick in order to save the world… AND he can see right through Dick’s Hypnos implant, saying he should be able to sue for the technology copyrights. He and Dick talk for awhile, when Lex gets forceful about the Kryptonite, he threatens to make Dick touch the waitresses butt by way of controlling Dick through use of the Hypnos. Dick runs, and jumps off the edge of the cliff onto his invisible jet-copter. Luthor has a few “Lexdrones” go after him, but Dick takes care of them.

Meanwhile, underneath the Vatican, Agent 1 is in an underground lair when he is attacked by… Dick Grayson?!

Now, as much as I loved this issue, I need to be realistic in what it did… Not a whole lot happened. But we did get a lot of character development all around, so…